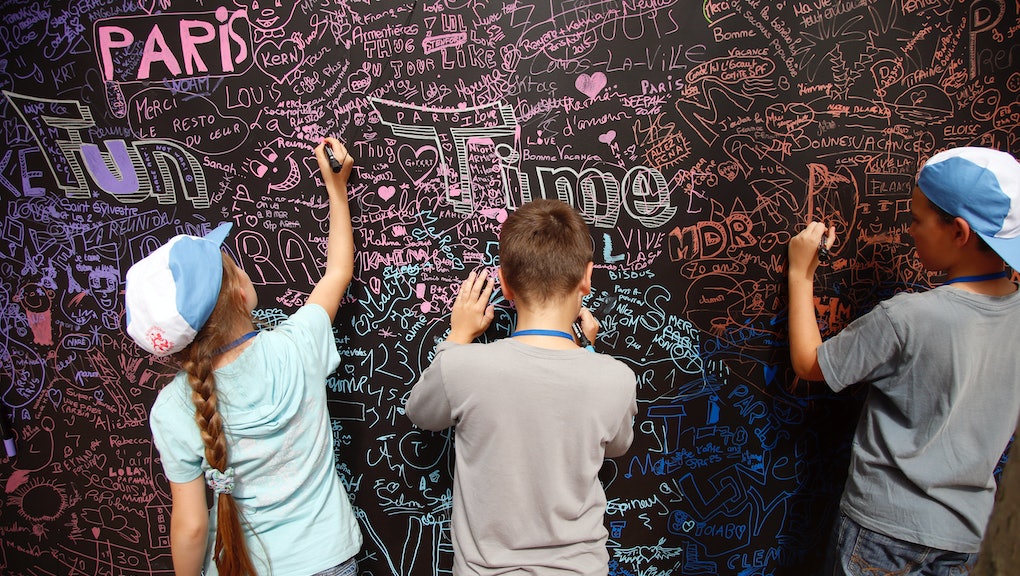 While many assume people with autism don't have the same mental capacities as other people, a new study has revealed otherwise.

Autistic traits may actually help an individual come up with more unique ideas, according to a recently published study in the Journal of Autism and Developmental Disorders. Coming up with novel approaches — a "prerequisite for creative problem solving," the study authors write, could be an "adaptive advantage" associated with autistic traits.

That is, the different ways in which people with those traits engage with the world, as compared to the rest of the population, might be what makes it easier for them to think outside the box.

"We speculate that it may be because they are approaching things very differently," study co-author Catherine Best of the University of Stirling told the Guardian. "It goes a way towards explaining how some people with what is often characterized as a disability exhibit superior creative talents in some domains."

This shouldn't come as a surprise. For years, people have been exploring the relationship between autism and creativity. "Many features of high-functioning autism/Asperger's syndrome enhance creativity," writes Michael Fitzgerald, author of the 2004 book Autism and Creativity: Is there a Link Between Autism in Men and Exceptional Ability? "They do not give up when obstacles to their creativity are encountered."

A similar 2012 study examined artists who have autistic traits. Those researchers noted that some artists with autism spectrum disorder "are reported to produce highly novel and original artistic outputs." (Though the results were ultimately inconclusive as "no differences were observed on the other indices of creativity.")

These advantages extend beyond the artistic realm, sometimes providing an alternative approach to science. One 2010 book, Autism and Talent, referenced Austrian pediatrician Hans Asperger's opinions on the matter directly (the condition with his name is among autism spectrum disorders). "Asperger spoke of autistic intelligence as being the intelligence of true creativity, adding that it seems that for success in science or art, a dash of autism is essential," the book explains.

Some specialists on the subject believe many great thinkers known for their novel and revolutionary approaches to the world, such as Albert Einstein and Sir Isaac Newton, displayed traits of Asperger syndrome.

A modern success story: Autistic thespian Cian Binchy has found success with his show The Misfit Analysis, which deals with themes including treatment of disabled people and endeavors to normalize their differences.

Binchy's show, currently running at the Edinburgh Fringe Festival, has garnered attention among the Fringe and theatre community for highlighting the absence of disabled voices in creative pursuits.

"I think it illustrates the capacity for art to be inclusive, that art has to be inclusive," Chloe Reader, who has worked with several Fringe Festival participants, wrote to Mic. "[It illustrates] that boundaries of physical and mental capacity, ultimately, are perhaps arbitrary in art because it's a space where the artist defines all the boundaries of what is possible; from writing the script, constructing the stage, directing the actors."

"[Binchy's play is] perhaps confrontational," Reader said. "Not in an aggressive way, but in a way that puts disability where it has to be looked at and thought about. It's staged precisely to not be sidelined. The sad fact is, though, that it's nowhere near prevalent enough."

Binchy argued in a Guardian interview there should be more disabled individuals involved in industries such as his, which demand creativity. If, as the study suggests, people with autistic traits may excel in a different area of creativity, specifically, the generation of novel ideas, these industries are conceivably being deprived of unusually novel approaches.