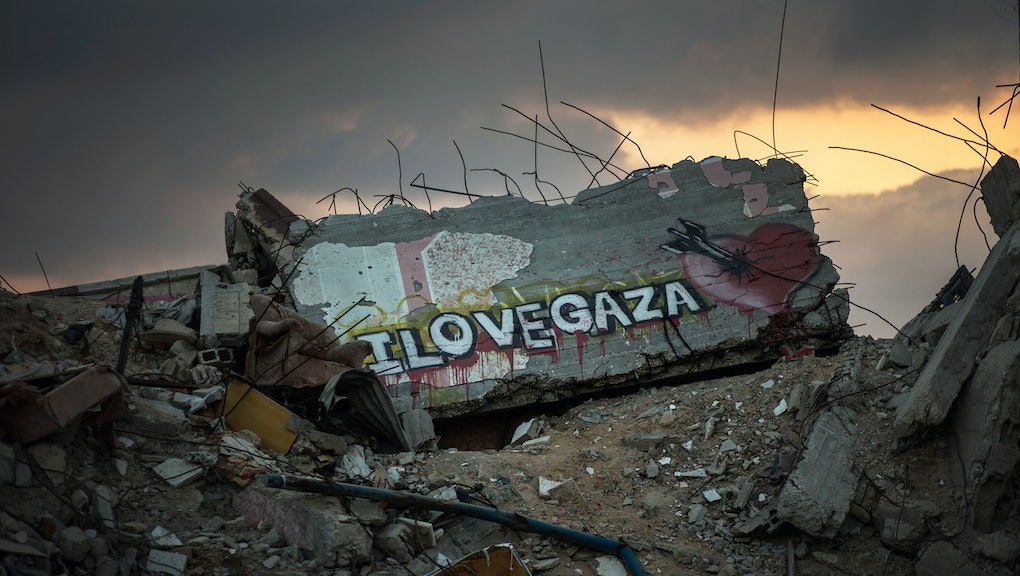 Street art often gets a bad name, from property owners who decry it as a form of vandalism to police who use it as a convenient pretext to crack down on street crime.

"Anyone who glorifies graffiti needs to answer one question," wrote the Manhattan Institute's Heather Mac Donald in a 2014 New York Times op-ed titled "Graffiti Is Always Vandalism." "If your home were tagged during the night without your consent, would you welcome the new addition to your decor or would you immediately call a painter, if not the police?"

But graffiti isn't always senseless property damage. In fact, it can be an honest and beautiful source of social commentary. Here are 11 pieces of art from around the globe that some people would be thrilled to see popping up around their neighborhood.

This famous painting by Paulo Ito criticizes the Brazilian government's $11 billion in 2014 World Cup spending, a number that Forbes reports was roughly equivalent to 61% of the country's entire education budget.

Someone left this simple but effective message to Greece's creditors on the wall of a foreclosed home in Athens, Greece, earlier this year, likening the country's harsh experience with austerity to a prison sentence.

Images taken from 2011 to 2014 at Soviet Army monument in Sofia show the various ways in which unknown artists have painted the figures of Soviet military personnel to comment on the political turmoil that has hit the nation in recent years. In one, the artist chose to color the statues as figures from Western pop culture, including Superman, Captain America, Santa Claus and Ronald McDonald.

Protesters decrying the death of unarmed black men Michael Brown and Eric Garner marched past a mural in Washington, D.C., which juxtaposes the highly recognizable profile of George Washington with black tape over his mouth to accuse the country of silence in the face of police brutality.

This image, which has been circulating on Reddit for years, appears to be from Brisbane, Australia, and depicts Monopoly's Mr. Moneybags as a symbol of the global 1%. While the image appears to refer to financial equity, shareholders' profits or loss on an investment when expenses are factored in, it could also be interpreted as an attack on the idea of equity as equal — but only for the rich.

Schoolchildren pass a wall at the Olympic School in the Kibera slum in Nairobi, Kenya, which has been repurposed to serve as a convenient mathematical resource for students.

A 2012 photo from the Cairo neighborhood of Zamalek reads "no harassment" in Arabic, intended as a response to Egypt's staggering rates of sexual harassment and violence. According to the Washington Post, polls show 99% of Egyptian women experience sexual harassment, with an additional 97% reporting experiencing some kind of unwanted lewd touching from a man.

Colorful graffiti meets migrant workers in Beijing as they eat lunch during a break in one of the city's several art districts in a 2010 AP photo.

This graffiti on the former Berlin Wall, photographed during Israeli military operations against Hamas in July 2014, asks that similar results will one day be achieved with the destruction of the wall separating Israel from the Palestinian-controlled Gaza Strip.

Graffiti it's a unique form of art — the medium is part of the point, and the point should be heard.