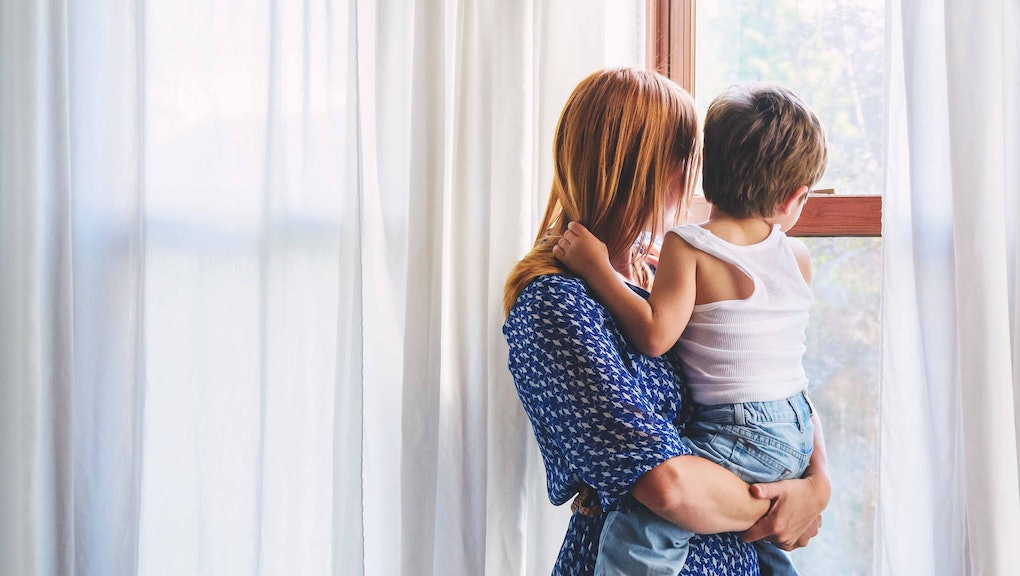 On a recent episode of the parenthood podcast The Longest Shortest Time, the show's (childless) producer, 31-year-old Joanna Solotaroff, made a stunning confession. Although she'd always thought she didn't want kids, she told listeners that recently, she realized she did. And she felt good about her decision.

"It is OK if I change my mind," Solotaroff says on the show. "I have to say, though, I think what's so positive about [deciding I want to become a parent] is that I'm at a place of ease with this possibility. It feels really freeing and exciting."

She was grappling with a question that most women, at some point, ask themselves (and get asked by others): Should I have kids? There's rarely a simple yes-or-no answer.

"If I'm honest, when I hear younger women confidently describe how they'll feel when they're older, sometimes I feel a pinch of ... condescension myself," writer Michelle Goldberg wrote in New York earlier this year. "Not because I think they'll all necessarily want kids, or that they should have them, but because one tricky thing about your 20s is the need to make decisions for a future self whose desires are unknowable."

In short, the question of whether or not we want kids isn't black and white. Sometimes we have no idea what the answer is. And that's totally fine.

Nobody can predict the future. In the ongoing conversation about women having kids, we rarely acknowledge that it's OK to be ambivalent about making a Major Life Decision. In fact, it's a rational response to an annoying (and frankly inappropriate) question, especially because the answer is so often contingent on practical concerns. ("Do I want/need/have a supportive partner? Will I have the job security and flexibility to raise a child? Am I even competent enough to care for another human being?")

We can't know the answers until we know them, and sometimes we never do. A study from the Guttmacher Institute, a reproductive health research group, found that 45% of respondents, both men and women, weren't sure about having a baby. The percentage of women who expressed ambivalence (36%) was higher than the stats found in earlier studies, which estimate that 1 in 4 women felt "OK either way" about getting pregnant.

But there remains an expectation that people know what they want before they want it, and there's a stigma attached to changing your mind about having kids. Women who ultimately decide not to have kids later in life are labeled as selfish, while the ones who do get slapped with a "told you so." There's no winning.

We want to be able to change our minds. Millennials are having kids later and later, the rates of ambivalence young people express feeling don't seem quite as high. As New York's Ann Friedman explained last year, this demographic shift isn't just a reflection of our generation being more educated or career-focused or even self-absorbed. Mostly, it's a reflection of uncertainty.

"Many women aren't delaying — they're debating," Friedman writes. "For them, motherhood is not an inevitability put off by a long search for the perfect partner. They are genuinely confused about whether or not they want kids."

Yet despite the delay, research shows that women are preemptively answering the question of whether or not they want kids anyway. The rush to find an answer, as well as the long period of deliberation that follows, speaks more to our ambivalence than to us actually knowing what the hell we want. It also illustrates the fear we have of not knowing, and the social pressure to make up our minds.

"I don't get why this has to be an irreversible decision that has to be made right now," EJ, my 26-year-old editor, told Mic. "Having kids is just not something that's even on my radar. I don't discount that in the future, when my career is more established and I'm making a decent amount of money, it might be. I'm probably 50% sure I'll have kids sometime in the future. But I'm 100% sure I don't want them right now."