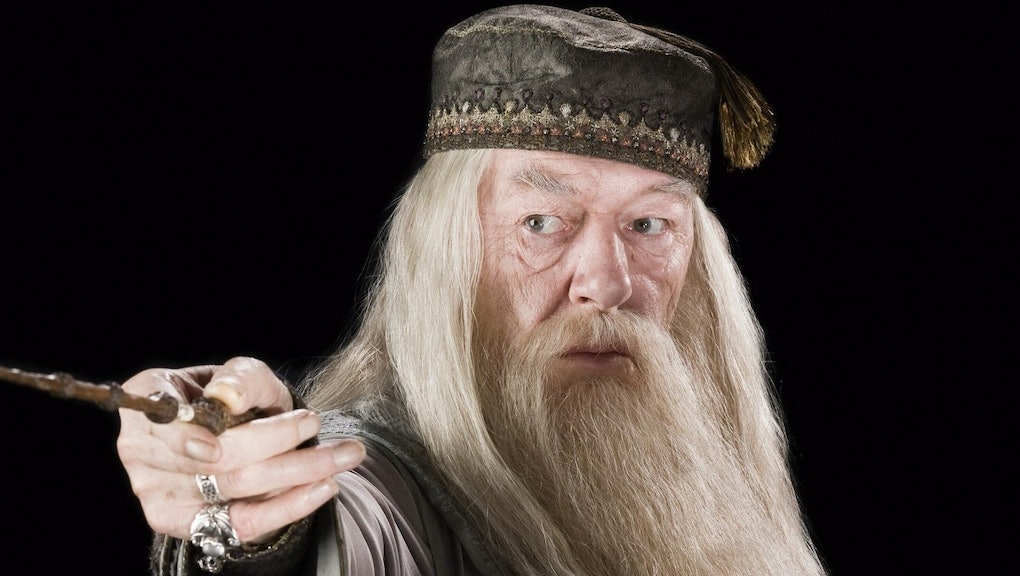 When she's not busy writing new projects or tweeting at brands, J.K. Rowling occasionally takes a moment to indulge the nerdiest corners of the Potter-net. She's remained remarkably close to the world she created since the book series ended in 2007, adding to and fiddling with the canon.

There are some parts of the world, however, that even Rowling doesn't understand. So fan theories can even surprise her — as she revealed Friday after answering a question from a fan:

Rowling is referring to an extension of the theory that supposes the "Three Brothers" story in the Deathly Hallows book is about Lord Voldemort, Severus Snape and Harry Potter. In the story, two of the three try to conquer Death and are ruined as a result. The third hides from Death under an invisibility cloak, living a full life until he's ready to accept the end.

In the book, the "Three Brothers" story is a metaphor for the titular Deathly Hallows. But the fan's theory takes it a step further: Voldemort is the eldest brother who wanted power. Snape was the middle brother who wanted to resurrect his loved one. Harry is the youngest, who has worn an invisibility cloak throughout the series.

So what does late headmaster Albus Dumbledore being Death have to do with it? A recent extension of the theory went viral on Tumblr supposing that, because he had all three of the Deathly Hallows at some point, even giving Harry the cloak, he is the Death in the story. Rowling is officially intrigued.

She's has not confirmed it to be true, but she is interested. Plus, as she said, "it fits." Maybe one day she'll add it to the canon like she has done with other details that have emerged since the book's publication — like Dumbledore's sexuality, for instance. It all fits with a series that celebrates how mysterious the wizarding world can be. From the restricted section in the Hogwarts library to the Department of Mysteries at the Ministry of Magic, Rowling has loved keeping some of the world's secrets secure.

But there are still questions to be answered. What was that veil in the Death Chamber where Sirius Black died? Dumbledore knew what the room was called — is he connected to it? Rowling herself may not know the answers, and that's what's truly magical. The world she created is as surprising to her at times as it is for all of us.

For now, though, the Dumbledore as Death theory is just that: a theory. But it is a very good one.