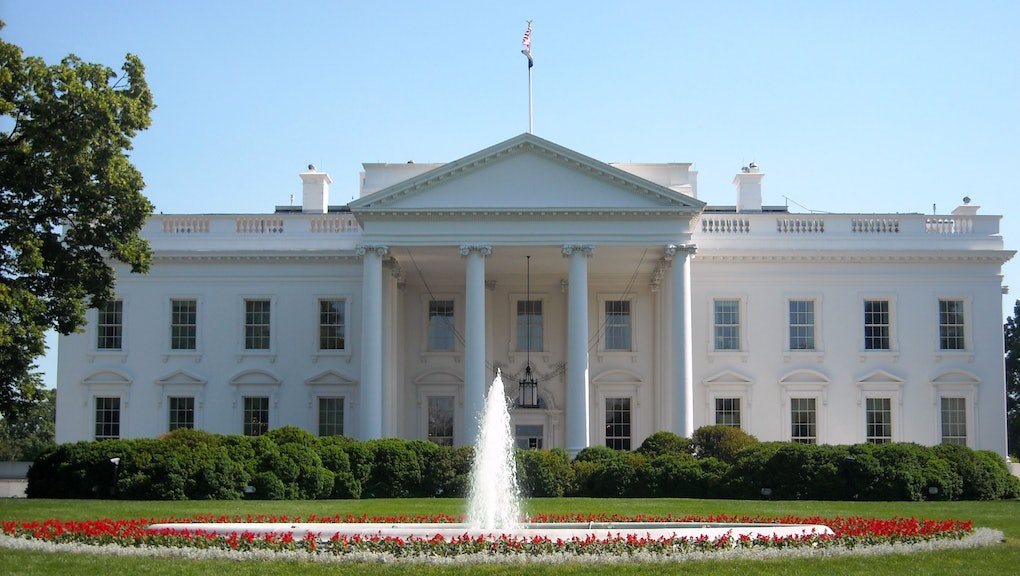 Of the 23 major-party candidates seeking the 2016 presidency, only two are women: Democrat Hillary Clinton and Republican Carly Fiorina. While countries like Argentina, Iceland, the Philippines, Nicaragua, Ecuador, Finland, Ireland, Liberia, Chile and South Korea have all elected female heads of state, should either women succeed here they'd be the first to do so. The United States could easily join this ever-growing list, writer and Feminist.com founder Marianne Schnall told Mic.

"Women have important contributions to make to the stewardship of this country and the world, and being able to vote isn't enough," Schnall said. "We need to be seated at the tables where solutions to the serious problems we face are being crafted, and where decisions are being made that affect our lives, the planet, and the future of the country."

Plenty of high-profile female leaders agree with Schnall — including Clinton, who will make her own case for why she should be America's first female president during Tuesday's first Democratic primary debate. Here are the arguments 17 other impressive women made to Schnall, published in her book What Will It Take to Make A Woman President.

Having a female president, Schnall said, is about much more than parity itself. It's "a lens into so many interconnecting issues that affect women and our culture."

"In order for democracy to be constituted as healthy and as fully democratic, with a little 'd,' it simply needs to be true that your barrier to entry is primarily about your qualification, and not about your identity ... Even if women are no different, you still need to have 50% women, or upwards of it, in order to be able to say that you have a completely fair democracy. ... When you have more women in a state legislature, for example, you're more likely to have real bipartisan bills passed, that women tend to introduce more legislation on issues of the environment and education than their male colleagues."

"If you can see it, you can be it. But you don't even have to see it at this point. You are it. Your voice matters, most importantly. Every voice counts. Every voice matters and that voice needs to be heard. And by not using your voice, you're doing a disservice, not only to yourself, but to the community and to the world at large. ... I think girls and women are our heroes and they need to start seeing themselves as our heroes and to come help us out of the mess that we're in."

"One gender throughout most of our history has had power, so there's little wonder that when we think of power, we think about it in one-gender terms. So we need to change that, and we can only change that by changing the people who have power ... A new power paradigm emerges when a different gender holds it, has it, and then uses it differently. [Our problems] are just too complex to expect men to figure it out all by themselves. That's less than half of the population. Why would we go into anything as complicated and difficult as [issues like] climate change, violence against women without the whole world engaged in solving the problem? So it's just a very practical thing.

"If we really think that the majority of women in the world are also always in the kitchen and in the kindergarten and in the places just to look after the young and men, then we do ourselves and everybody a disservice. Because women offer so much more than it would seem we offer. It would seem we offer kindness and the chance to be cared for and nursed in more ways than just medical. And I think that the whole country needs to know that women are much smarter — we're more than that. We're that and more than that."

"Women are good strategists, they're good tacticians, and a lot of it may have to do with a lot of the work that we have done in our past — just personally myself, raising two young boys as a single mother on public assistance. That gave me a really good handle on what to look for when we talk about the safety net and welfare reform and healthcare and social security and childcare and all of the issues that allow for women, children, and families to move from living in poverty into the middle class.

I think it takes a while for women to realize what their power is, because we haven't been part of this for very long. But I think what I have seen is that when women know their power, they really do know how to use it, not for their personal gain, but for the good of the country and the good of their constituents. There's a big difference there between how women operate versus how men operate. Women know how to wield their power, but from what I see, it's almost always for the greater good. I think that's a very important lesson that men can learn. So you could be a wheeler and a dealer and make whatever compromises are necessary, but you have to remember why you're doing this and who it's for and what good is going to come out of it, instead of seeing it as a personal gain."

"Well, I think it's very important because the more voices, the more different voices, that are involved in public policy, the more sound the public policy is going to be. And frankly, our system of government depends on the acceptance of Americans, that they are being represented in an effective way. So the more Washington reflects how our country actually looks, the more confidence the American people are going to have in it, and therefore our democracy will continue to be the strongest in the world. So it's for the health of our democracy; it's for the ability of Washington to work collaboratively."

"In my case, I look at the practicality of what we're trying to achieve and how can we solve this problem. When I hear about a problem, whether it's for the country or my constituents or for an individual, my immediate reaction is, well, how can we solve this? ... Women are much more practical. I think that's sort of a connection among us: we're looking at the practicality of how we can get something done, how can we accomplish it and move forward, because we're juggling so many different things in our daily lives."

Nancy Pelosi: Minority Leader of the House of Representatives (D-Calif.)

"The reason it's necessary to have more voices is because that strengthens the debate and it strengthens the decisions. It isn't that women coming in are better than men — they're different from men. And I always say the beauty is in the mix. To have diversity of opinion in the debate strengthens the outcome and you get a better result. I do think that women bring a tendency, an inclination, toward consensus building that is stronger among women than men, as I have seen it so far."

"We know it's always tough being the first, but once you've gotten to the first, then you're really in a position to move the needle."

"Any woman who has to rise up in the ranks and get to the presidency has to experience a tremendous amount of sexism and hurdles and setbacks, and I imagine that is going to color the way she sees the world and the way sexism operates in the world, so I would hope that that influences the policy decisions, as well.

"It's not just about voting for someone because of their gender, either. It's about finding feminist candidates who understand issues of gender, who understand issues of race and class and sexism and homophobia, and you can bring that to the table so that they can change the conversation somewhat. It is for representation, but it's not just about representation, it's about structural change, as well."

"They'll broaden the information that goes into decision making. I think people tend to connect with and bring into their own circles people who are like them, so by bringing in one person, you are more likely to bring additional women voices into the decision-making process, and that's going to be better for everyone if the perspective is broadened. I think we've got so many complex issues that cannot be resolved by looking at them from one perspective. And ultimately, allowing more women in will help make better decisions if, in fact, those women are powerful and in tune with and connected with other women's voices, and perhaps voices of people who have been left out of the conversation, including people of color.

"It's about balance. If you study history, look into history, or even are interested in history, you understand our ancient history and how before 2,000 years ago we were a feminine-based culture. This idea that there's balance between male and female — we have to come to that. Not all the way, to where women rule and that's it, but understanding in each of us the male and female. These ideas that the woman can only do this and the man can only do that — constantly, every day, that's turned upside down on its head.

And once those who fear that comprehend that, and that fear fades, then all of these paradigms, from female president to not only what our government looks like, but what are the issues and how do we solve them—the solving, the answers, are going to be so amazingly different, because all the trouble goes away with a new understanding."

"It's probable that walking around female for 20 years, or 50 years, in this culture has given someone a set of experiences that men don't necessarily have — in the same way that walking around as a black person or a Hispanic person or a gay person gives people a different set of experiences than a white, heterosexual person. Experience is everything. Somebody who has experienced something is more expert at it than the experts. We need politicians who look like the country.