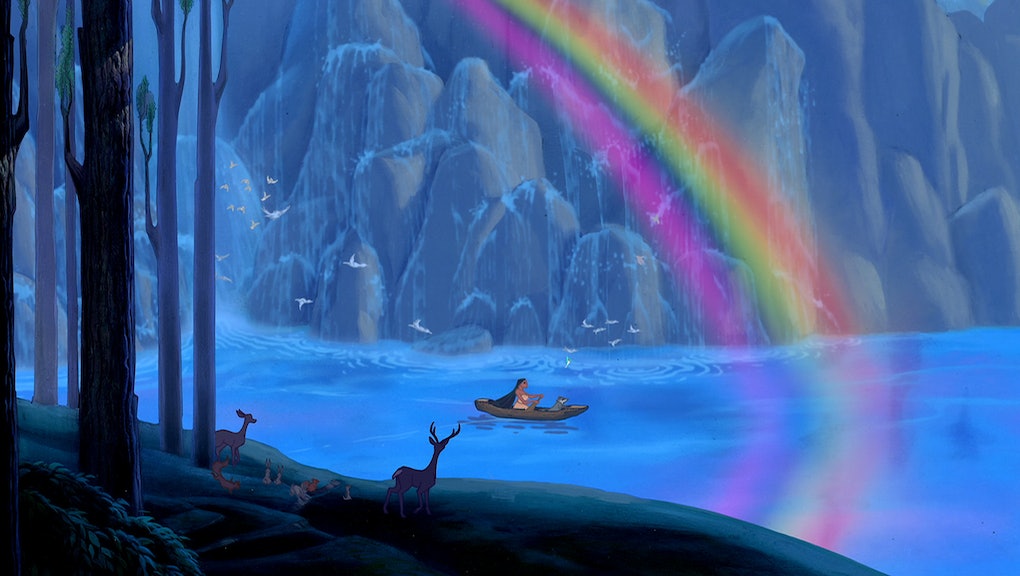 As children of the '90s, we were often taught to be "colorblind." What passed for anti-racism in our youth hinged more on ignoring each other's racial differences — "Skin color doesn't matter!" we were told — than embracing, celebrating, acknowledging and critiquing how these differences shape our lives.

This memo seems to have gotten lost on its way to Walt Disney Studios. The animated films that defined our "colorblind" childhoods — torn from their cushioned packaging and shoved into our waiting VHS players — had no qualms about resorting to the most blatant forms of racism that could still earn a "G"-rating.

Ignoring race did nothing for us then. Now we know better, and our darlings must be killed. Racism can be so inconvenient that way.

The lead crow character in Dumbo, a gravel-voiced, thickly accented piece of black comedic relief (pun intended), is actually named "Jim Crow." The name is a glib reference to the systems of state-sanctioned terrorism that defined black life in the American South throughout the early to mid-20th century.

The crows' role in the film also mirrors the film industry's rampant racism at the time, during which black performers were relegated to stereotypical comic roles, or supporting musical entertainment. Fun!

The song, "What Makes the Red Man Red?" sung by a chorus of Native American caricatures that rapidly devolve into outright minstrelsy, contains lyrics such as, "Once the Injun didn't know all the things that he know now ... but the Injun, he sure learn a lot, and it's all from asking 'How?'"

It also implies that Native peoples got their complexion because an "Injun prince" kissed a "squaw" a million years back and everyone has been "blushing since." Such degrading portrayals of Native peoples have undergirded centuries of terrorism, plunder and degradation, and helped justify racist myths of Native inferiority. Cool!

The stereotype of the sneaky, devious East Asian is on full display with the twin Siamese cat characters — Si and Am — in Lady and the Tramp. Aside from their heavily minstrelized rendering (both have buck teeth, thick accents and narrow eyes), their song, "We Are Siamese, If You Please," features choreography in which the two wreak sly havoc in a house, and try killing a bird and a fish.

Similar stereotypes were used to reinforce fear of the so-called yellow peril in the late 19th century. Specifically, the notion that sneaky East Asians posed a mortal danger to the rest of the world led to strict fierce anti-immigration policies to keep them out of the United States. Wow!

To feature a group of monkeys and apes singing like Louis Armstrong wannabes is one thing. But The Jungle Book's larger racial significance stems from its source: author Rudyard Kipling, who penned perhaps the defining manifesto of white imperialism in his 1899 poem, "The White Man's Burden."

In it, he lauds the nobility of white colonizers who leave their idyllic white lives behind to bring so-called "civilization" to their "new-caught, sullen," "half devil and half child" "captives" — the people of the Philippines, in this particular case, and the rest of the non-white world. Amazing!

Aladdin's first song, "Arabian Nights," contains the lyrics: "I come from a land, from a faraway place, where the caravan camels roam ... where it's flat and immense and the heat is intense, it's barbaric, but hey, it's home!" It goes on to detail how the people living on said land will "cut off your ear if they don't like your face."

The stereotype of Arab savagery and barbarism has existed in Western iconography for years. But over the past two decades, it's also fueled the cultural wing of the so-called "War on Terror" — an absurd rhetorical battle that pits an inherently violent culture, the Islamic Middle East, against an inherently benign one, the Christian West — fueling renewed expression of racism in the United States and beyond. Win!

"How can The Lion King be racist?" you ask. "There aren't any people in it!" Indeed. How curious that the first Disney animated film set in Africa does the same work the worst portrayals of Africa do: presenting it as "one big wild animal preserve" without a human in sight. Disney's second film set in Africa, 1999's Tarzan, does not feature a single African person.

Nobody expects Disney films to be pillars of historical accuracy. But if they obscure histories of kidnapping and abusive sexual coercion, they may be better left to storytellers more equipped to relay that.

"The true Pocahontas story has a sad ending. In 1612, at the age of 17, Pocahontas was treacherously taken prisoner by the English while she was on a social visit, and was held hostage at Jamestown for over a year.

Turns out Pocahontas was not a modelesque woman who talked to raccoons, trees and hummingbirds, but a teenaged colonial prisoner whose release was predicated on her entering a non-consensual, lifetime sexual relationship with a thirsty English stranger.