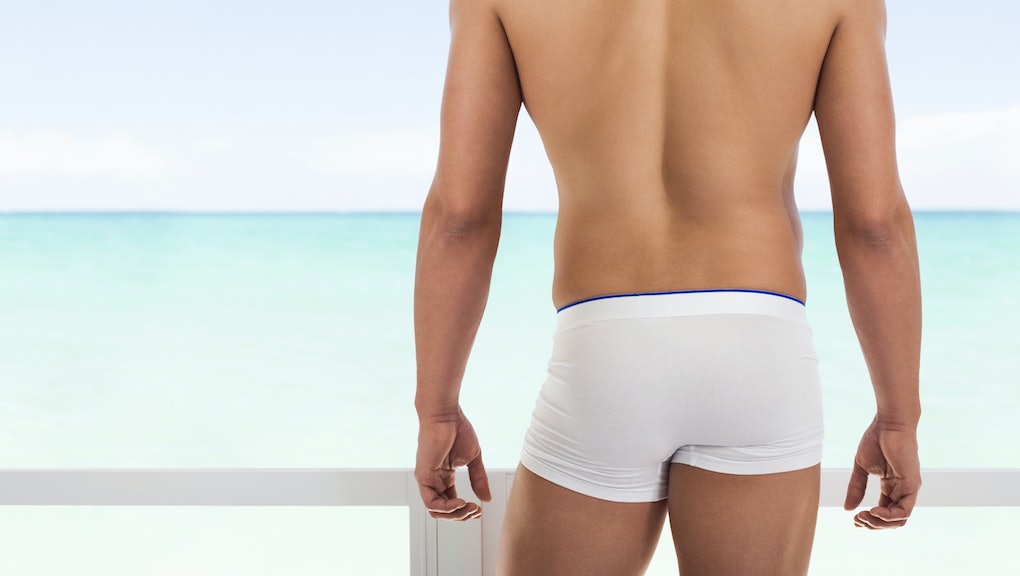 This Sex Toy Is Busting Myths About Straight Male Sexuality

Moms all over the world may have said that "the way to a man's heart is through his stomach." But there's another male organ that serves the same function.

Yes, we're talking about the prostate: the male organ some describe as the "male G-spot." When stimulated, it can give dudes some of the best orgasms of their lives.

And it can only be reached through the ass.

"We want to shake of the stigma and myths around the prostate and give men the courage to embrace their curiosity," Steve Thomson, LELO's head of marketing, told Mic. "Not only is it good for your health but it feels pretty amazing too."

And no wonder: Lelo's global sex survey cites a statistic describing prostate orgasms as anywhere from 3 to 10 times stronger than straight-up penile ones. Prostate stimulation has also been found to increase the strength of ejaculation and a 2004 study from the National Cancer Institute also determined that regular ejaculation is linked to decreased rates of prostate cancer.

All from just a little ass play!

Talk about a happy ending: The good news is that when it comes to prostate massage, there are signs indicating that some straight men out there are starting to come (pun intended) around. According to Lelo's survey data, 71% of straight men in a relationship reported being open to the idea of prostate massage, while 80% of women said they'd be happy to do the honor of administering one.