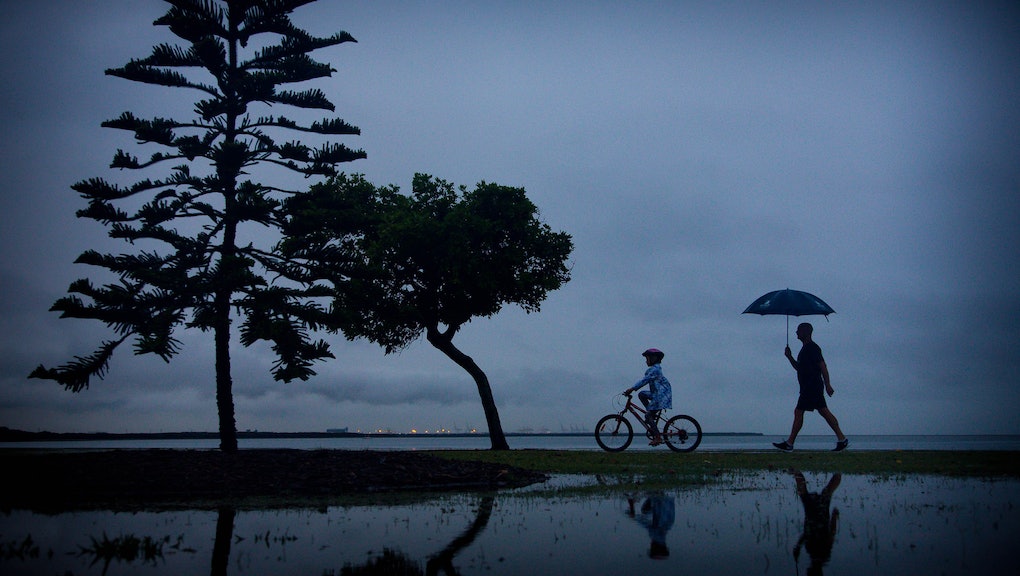 Tropical Storm Erika is making its way through the Atlantic Ocean toward the Caribbean and could potentially become a hurricane impacting Puerto Rico and parts of the Southeast United States early next week, the Weather Channel reports.

Erika formed late Monday night and is headed west at about 20 miles per hour, on a similar path as that of the recent Hurricane Danny.

Forecasters are predicting the tropical storm could reach the northern Leeward Islands as early as Wednesday night and hit Puerto Rico and the Virgin Islands by Thursday or Friday, thanks to its high speed. However, its strength and impact on Puerto Rico and the U.S. coast depends entirely on the effects from atmospheric wind patterns, NBC reports.

As of Tuesday afternoon, it appears there are two very realistic paths Tropical Storm Erika can take as it grows in size and strength while traveling through the central Atlantic region: The storm can grow stronger, pulling closer to the U.S coast if it maintains strength through the Bahamas over the weekend, or it may become weaker and eventually dissipate before reaching landfall, with only slight impacts on the Bahamas and surrounding areas.

As Erika's path over the next few days remains unclear, tropical storm watches have been issued to Montserrat, Antigua, Barbuda, St. Kitts and Nevis, Aguilla, Saba, St. Eustatius, St. Maarten, Guadeloupe, St. Martin and St. Barthelemy, although it isn't certain each of these eastern-Caribbean islands will be impacted by the storm.

NBC reports forecasters and residents are continuing to monitor Tropical Storm Erika for its potential impact on Florida and the Southeast.