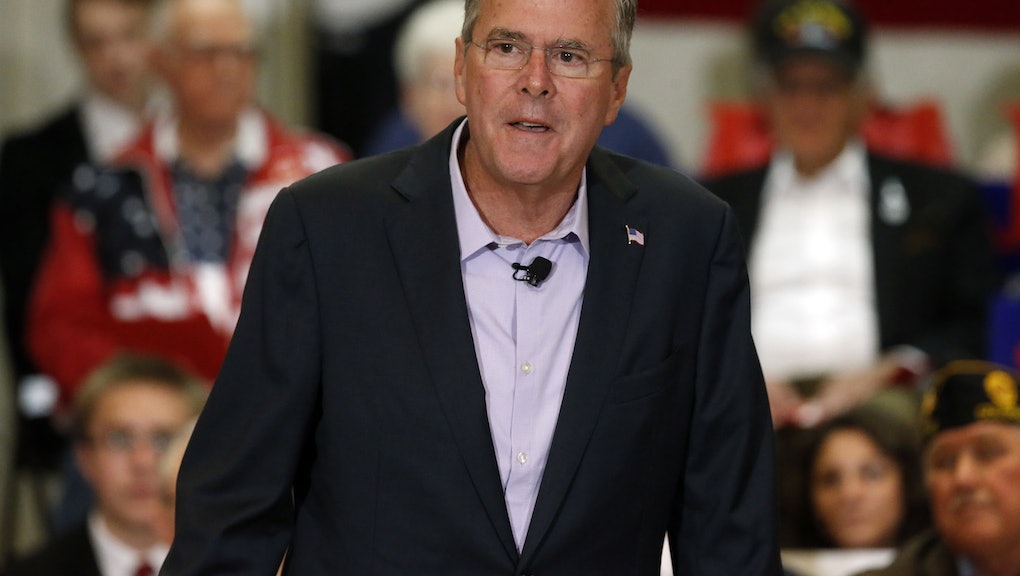 He added that he thought it was "ludicrous" that the term is considered derogatory, and that he believes the term more accurately refers to fraudulent behavior "more related to Asian people," according to CNN.

Many were upset by Bush's comments, but one Los Angeles teen decided to focus not on criticizing a single candidate, but productively exposing the truth about the Asian-American experience through the hashtag #MyAsianAmericanStory.

Jason Fong, 15, launched the hashtag with his own story on Monday night and others joined him.

People shared stories of their families' service to the United States:

On feeling caught between identities:

And, of course, overcoming those obstacles to achieve great things:

This isn't the first time Asian-Americans have spoken out about the way in which their experiences are erased or confused in mainstream society. Photo projects, humorous videos and individual writers and activists have pushed back on everything from stereotypes about beauty to sexual fetishization and dating discrimination to cultural appropriation and more.

Considering that the number of Asian-Americans is projected to double to more than 47 million by 2060, politicians and American citizens alike would do well to better understand the Asian-American experience — beyond these stereotypes and certainly beyond immigration.

"I hope that people can look at this tag, and know that Asians and Asian-Americans are part of the American narrative," Fong told the Los Angeles Times. "Our opinions and our stories matter just as much as those who immigrated less recently."