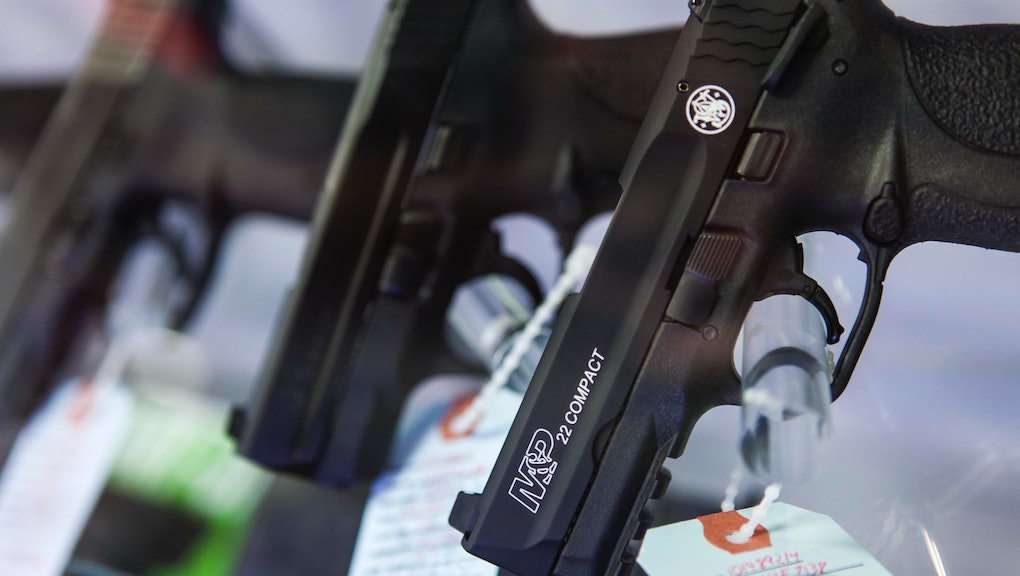 How Many High-Profile Gun Killings Must There Be Before America Takes Action?

News of the murder of two journalists, Virginia-based WDBJ's Alison Parker and Adam Ward, on live television has appalled the country.

But the crime committed at Bridgewater Plaza is not shocking in today's United States. Remove the cameras and the alleged manifesto, and crimes like shooter Vester Lee Flanagan's happen far too often.

So far in 2015, the Gun Violence Archive has tracked over 33,000 gun-related incidents in the United States, resulting in 8,477 deaths and 17,285 injuries, including 219 mass shooting incidents, defined by the Gun Violence Archive as four or more individuals shot. This definition is more stringent than the FBI's, which defines a mass killing as three or more killed. Lax gun laws in many states allow people to easily gain access to firearms they simply shouldn't be allowed to have.

Rates of gun violence have been decreasing significantly in the U.S. since a peak in 1993. But the U.S. is still a dramatic outlier among comparable countries when it comes to gun violence — a Mother Jones investigation released earlier this year estimated the true cost of gun violence at $229 billion annually, or "more than $700 per American a year. We spend more on it than on obesity, and almost as much as we spend on Medicaid."

The shooting at Bridgewater Plaza has shocked the entire country because it was caught on camera, both by the victims and the killer himself. But just because tens of thousands of other victims of gun-related violence don't receive the same high-profile attention doesn't mean that those incidents don't cause the same amount of pain and suffering.

Since the 2012 shootings in Newtown, Connecticut, multiple efforts to institute new national regulations on firearms have failed, and the gun lobby most prominently represented by the National Rifle Association is actually winning. In Virginia, where the Flanagan shooting happened, open carry is legal and does not require any prior permit.

Congress has failed to fix loopholes in gun show laws that enable people to purchase firearms without background checks or implement any new regulations on firearms. In fact, gun rights supporters in Congress have been pushing universal concealed carry reciprocity laws that would force states to honor all permits issued in other states.

Pew Research Center polling conducted in 2014 shows the strength of the gun lobby has been buoyed by rising public support for gun rights.

It's not quite accurate to say that the massacre at Newtown's Sandy Hook Elementary School hasn't resulted in any changes at all.

But action on the scale of Australia's sweeping 1996 gun control law, instituted in the wake of a spree killing that claimed 35 lives in Port Arthur, simply hasn't materialized.

"What we have now obviously isn't working," Mount St. Mary's University Criminal Justice Program director Joe Vince told Mic last month. "If we continue down this path, we're going to continue to get the same results ... [we have to] get rid of the ability for people who shouldn't have guns to have them."

It's easy to blame political cowardice for the sad state of gun violence across the country. The unfortunate reality, though, is that Americans have been bombarded with a seemingly endless series of high-profile gun killings — and they've concluded that it's the price they're willing to pay for the Second Amendment. Until that changes, gun laws won't.