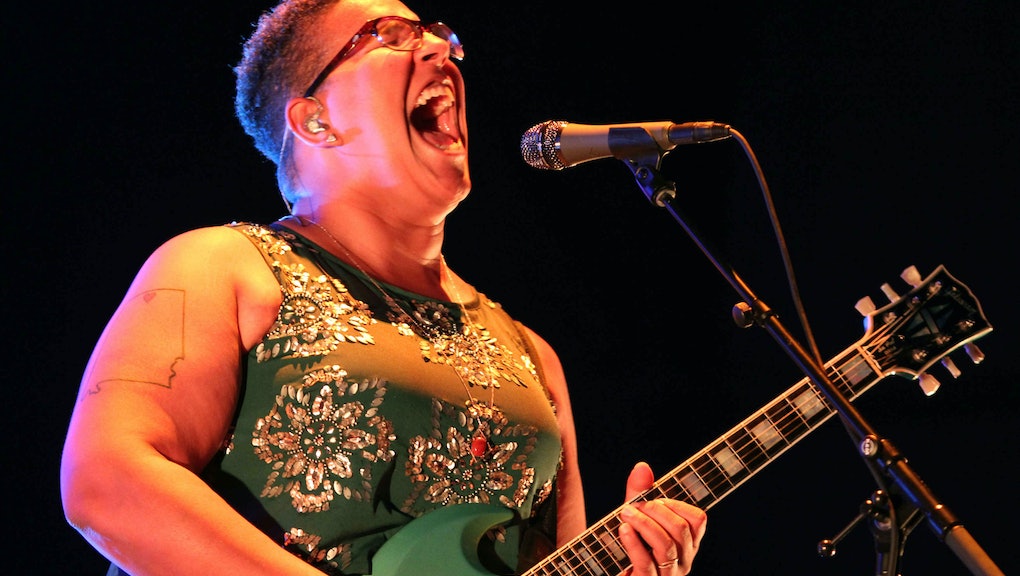 Science Shows How Singers' Brains Are Different From Everyone Else’s

Onstage, singers get all the attention.

They make the audience comfortable and keep them engaged. They're often the ones most sought after for interviews to explain their art and intentions. Their voices define the music they make, whether they're solo artists or part of a band.

But offstage, singers remain a mystery. We know very little about what makes them tick, and while researchers have delved into the brains of many types of musicians (piano players, drummers, those who have taken general music lessons), they have not gone nearly as deeply into the how singing impacts the development of the brain.

The few studies that have, however, have revealed some incredible findings: Singers develop strikingly different minds and bodies than instrumentalists do. In many ways, they are neurologically better suited to handle the pressures that come along with being the center of attention than others.

Fitter, happier, more productive: Many people can attest to singing being an absolute joy, and the full-bodied release it provides can help singers manage the stress of performing.

Much of this comes from the fact that singing stimulates the production of oxytocin, a chemical involved in happiness and bonding. Surveys of individuals who sing regularly report sustained high levels of emotional stability and well-being. Even professional singers, whose singing literally determines whether they'll be eating or not in the future, still experience a sense of relaxation and energy after singing.

In addition to emotional wellness, singing can also impact one's physical health. Studies have found that people who sing regularly exhibit increased levels of secretory immunoglobulin A, an antibody critical for the health of the respiratory and digestive tracts. Studies comparing the bodies of amateur and professional singers found professional singers exhibit greater cardiovascular fitness while singing than amateurs. This is why not just anyone can take the stage every single night on an aggressive touring schedule and belt for a full hour and a half, like Beyoncé or Freddie Mercury.

Singing also sharpens cognitive abilities. As one might guess, considering that singing relies on lyrics, semantics and syntax, singers have exceptional linguistic abilities. A 2009 study found that the language processing centers responsible for grammar and comprehension develop "earlier and more strongly" in young, highly trained male singers than in other children.

For those that continue their training, another 2009 study found that classically trained and opera singers develop a number of other cognitive faculties. Trained singers develop better verbal working memory and show higher activation in the basal ganglia than laypeople (ie. medical students), "resulting in more efficient information processing and implicit motor control," according to the study's authors. Singers also show increased activation in portions of the prefrontal cortex for maintaining goal-directed attention through changing sensory information.

These skill obviously help in a big way while singers are onstage. While training their voices, singers also train their minds to block out distractions and keep focused on the task at hand.

Beyond developing a sweeping range and expressive style with their training, singers derive a number of neurological, emotional and cognitive benefits from their craft. Even amateurs can get a good deal of emotional release from letting their vocal cords loose. The benefits people can get from finding their voice and using it to bring beauty into the world are too good to pass up, and it seems we're only beginning to scratch the surface of all there is to know. Make more music.