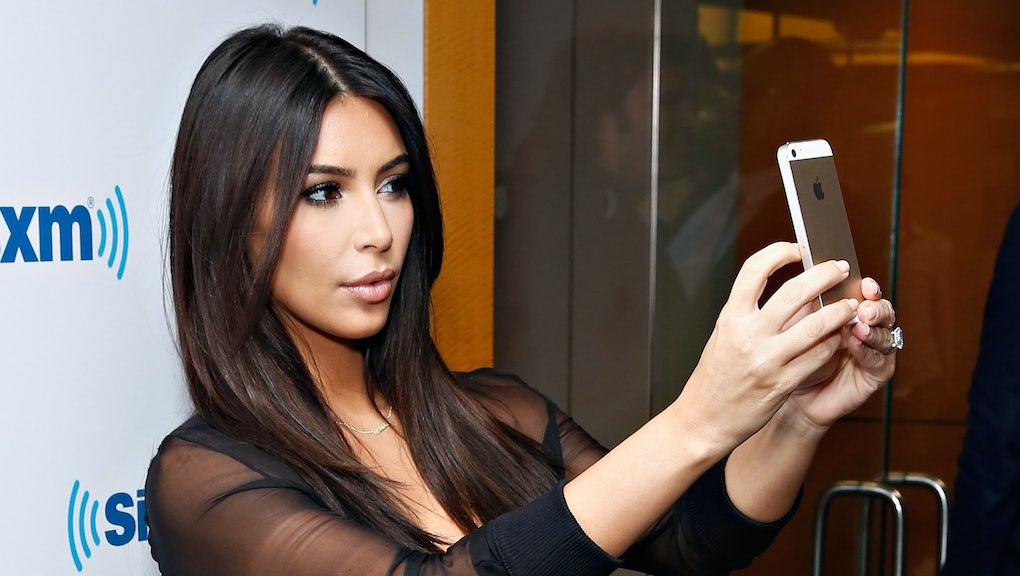 There's Finally a Word for Your Unhealthy Relationship With Your Phone

It's a familiar, uncomfortable feeling: that sense of dread creeping into your chest as you reach into your back pocket or your purse, fumbling for your phone. You need to look up the name of that actor who played Matthew McConaughey's buddy in that movie that came out a few years ago, and you need to do it right now.

But you can't find your phone. So, you panic.

We've all been guilty of it at some point — giving in to the crushing anxiety that comes with not being able to access that 5-inch-long screen that's usually glued to your palm. For some, that fear of being phone-less could be a sign of an actual psychological issue. Sorry, smartphone addicts: You might be nomophobic.

The science: Researchers at Iowa State University developed a study to determine if someone suffers from nomophobia, an abbreviation for "no-mobile-phone phobia." It's exactly what it sounds like: An extreme anxiety or fear that sets in when our phones are out of reach.

Although nomophobia isn't currently recognized in the American Psychiatric Association's Diagnostic and Statistical Manual, a previous study of more than 2,000 U.K. adults found that 58% of men and 47% of women have the phobia. (An additional 9% of people said they felt stressed out when their phones were off, even if they didn't have a full-blown anxiety issue.)

The Iowa State study includes a 20-question survey about the feelings associated with phone separation — and frankly, the threshold for nomophobia seems rather low. Questions include true-or-false statements such as "I would be annoyed if I could not use my smartphone and/or its capabilities when I wanted to do so" (right??) and "If I were to run out of credits or hit my monthly data limit, I would panic."

We might just be afraid of connecting IRL. Some believe that nomophobia is a fear disorder distinct from normal anxiety, while others argue exactly the opposite. Either way, studies indicate there's definitely something going on psychologically when our phones are out of reach.

Earlier research shows that overuse of our phones might reflect low self-esteem and a desire to receive positive feedback online, or that it could be an inappropriate way to channel extraversion and find even more interpersonal connection. Researchers have also suggested that young people have become prone to cell phone addiction (yes, this is real), which is driven by a desire for social interaction. And while nomophobia could also be a sign of preexisting social anxiety, the underlying cause of the phenomenon is clear: We're using our phones as vehicles of basic human interaction.

But ultimately, nomophobia doesn't stem from our dependence on technology so much as it is an extension of our fundamental need for social connection. We don't feel phantom text message vibrations in our pockets and descend into a state of panic when our phones have no bars just because we're obsessed with technology, and nomophobia isn't just about an unwillingness to be without our cell phones. It's about the fear of being alone.