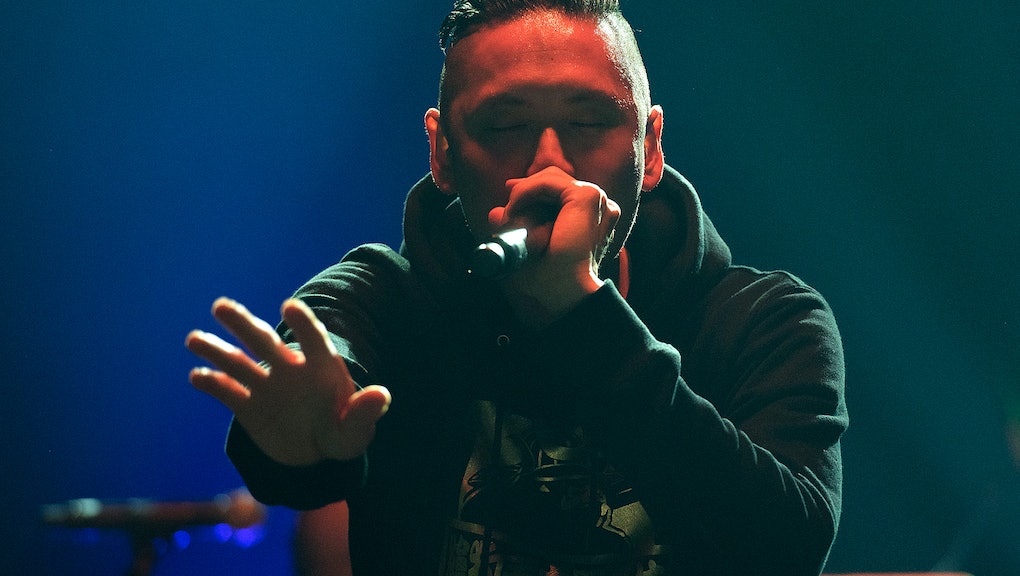 There is no shortage of stereotypes plaguing media portrayals of Asian-Americans. Regardless of their platform, the stories we do or don't tell about Asian people in the United States have not only enshrined harmful misconceptions, but have made a diverse network of cultures in this country invisible.

To untangle how these myths affect Asian-American communities — and what needs to be done to reclaim them — Mic spoke with Jennifer Fang, creator of the race and culture blog Reappropriate, and Lauren Jow, a journalist and communications professional based in Los Angeles.

Below are some of the stories Fang and Jow say need to be told about Asian-Americans in the media today — and which stereotypes need to die.

"Asians are rarely identified as Asian-American," Fang told Mic via email. "[Most] media portrays them as foreign, and often threateningly so, which contributes to stereotyping them as perpetually alien and therefore abnormal, unpatriotic, perhaps even disloyal."

This notion has precedent: The late 19th century rash of so-called yellow peril — the idea that East Asians posed a threat to global stability — prompted racist propaganda campaigns across the United States and a wave of exclusionary immigration policies.

The forced internment of Japanese-Americans during World War II continued this fear. And most recently, concerns about Chinese influence in global affairs have assumed a suspiciously similar tenor.

More bad news for the fearful: Asians are the "fastest-growing minority group in the United States," Jow said. The number of Asian-Americans stands to grow 128% between now and 2060, according to U.S. Census projections, making this segment of hyphenated Americans one of the more vital components of America's future.

"In advertisements, Asians typically are cast in the role of the educated techie or nerd," Jow said. "There's the stereotype that Asians are good at math and science, they're really into gaming, they're obedient and submissive, they're intelligent and unemotional, they value education and hard work but they're not leaders."

Right-wing pundits have also used this stereotype for years to belittle other Americans of color: "Look how well Asians are doing in the U.S.," their logic goes. "Why are black Americans struggling so much?"

This straw man argument both ignores centuries of systemic anti-black violence and discrimination, while presenting what Fang calls a "narrow and stifling portrayal of the Asian-American experience," that limits how people feel permitted to imagine and present themselves.

Not to mention it can be flat out wrong: As Mic's Jamilah King has written previously, the popularity of Asian-American comedians, chefs, artists, athletes and others in America speaks to a range of ways to "be Asian-American" as any other group has, far outside of the obedient nerd stereotype.

Too often the term "Asian-American" is presumed to mean Chinese, Japanese or other groups of East Asian descent.

"It's important to remember that Asia is a continent, not a country," says Jow. "I'd like to see stories about different kinds of Asian communities, what makes their culture unique and how it changes when blended with mainstream American culture."

Indian-, Pakistani-, Cambodian-, Filipino- and Samoan-Americans — among many others with roots in the Pacific Islands, South and Southeast Asia — have all placed their unique mark on the cultural landscape in the United States, yet often go ignored when we consider the Asian-American experience.

This does no one any favors. Part of pushing back against media stereotypes means broadening our understanding of what this complex and diverse demographic — which encompasses descendants from more than 20 countries — actually looks like.

Part of the "model minority" stereotype includes the notion of apolitical Asian-American obedience to the status quo, says Fang. This is exacerbated by the "documented invisibility" of Asian guests on political talk shows: "[Our] absence reinforces the myth that American politics does not involve or pertain to us," she says.

In truth, Asian-Americans have a long history of political involvement in this country. One of the defining battles of mid-century Bay Area politics was spurred by Filipino-American residents of San Francisco's International Hotel and its surrounding neighborhood — which was set to be demolished in the late 1960s in the name of "urban renewal." Protests, refusals to move out and courtroom battles ensued over the next decade until the final hotel residents were evicted in 1977.

Today, Asian-Americans have further bucked stereotypes that essentially frame them as docile allies to white Americans by shifting away from conservative politics. In 2012, President Barack Obama won 73% of the Asian-American vote, which accounted for a larger segment of his support base than both Hispanics (71%) and women (55%), Politico reports.

5. We are not all martial artists.

This should go without saying. But if you've so much as glanced at a TV over the past 50 years, you'll notice, as Fang says, that "both [Asian-American] men and women are disproportionately depicted as martial artists."

While the influence of martial arts cinema on the United States — from Bruce Lee and Jackie Chan to The Matrix — cannot be overstated, Asian-Americans are far more complex than this narrow depiction.

Jow adds, "I'd like to see stories about poor Asian families, LGBT Asians, overweight Asians, Asian kids who didn't grow up with a Tiger Mom or didn't have a mom, Asians running for office, ditzy Asians in high school, Asians trying to date in the modern world, Asians who are lost and trying to find themselves, Asian CEOs and businesspeople, Asians who are physical and violent and not in a gangster/kung fu kind of way, Asians being eloquent and preachy and emotional — in short, Asians doing all the things we do that have nothing to do with being Asian."

As Mic has previously reported, Chinese- and Indian-Americans — two of the largest Asian-American subgroups — average among the highest income and education rates in the nation.

This does not mean all Asian-American people are well off. Hmong- and Bangladeshi-Americans, for instance, face poverty rates above 20%, while 37% of Cambodian-American adults lack a high school diploma, Mic reports.

Acknowledging this diversity among Asian-Americans in terms of both educational attainment and income is not only key for eliminating stereotypes — it creates a space wherein the unique needs of, and disparities facing, these populations are actually addressed on a broad scale.

Debate around Asian-American desirability proliferates in the media. "Asian and Asian-American women are often stereotyped as sexually or romantically available," Fang explains, while Asian-American men are "rarely depicted as a desirable romantic lead" — a phenomenon Mic has reported on previously via the fashion photo series "Persuasian."

This is exacerbated, and perhaps even informed, by statistics around spaces like online dating: OkCupid data from 2009-2014 found that Asian women, on average, are one of the most desired groups on the platform, while Asian men are among the least.

This reflects a problematic trend by which notions of desirability are meted out along racial lines in American culture — and reinforced by the media. As such, part of eliminating stereotypes means moving away from this trend. "I'd love to see an Asian-American female lead who isn't a romantic interest, and an Asian-American male lead who is," says Fang.

The degree to which media portrayals of Asian-Americans either cause or reflect stereotypes is hard to say. But the inaccuracy of their limited, stereotypical portrayals still stands.

To uproot these problems, Fang works to support a diverse portrayal of Asian people in media, while supporting artists and filmmakers who "can self-express a more authentic and unfiltered Asian-American voice," Fang said.

The key is "presenting Asian-Americans in a more complex, and therefore more human, light," she added. "For me, that can only come when we are able to shape our media portrayals directly, as through the independent arts."

"Tropes and archetypes serve their purpose in certain contexts," Jow said. "But without the benefit of more diverse storylines — and more storylines in general — the myths are all we have."