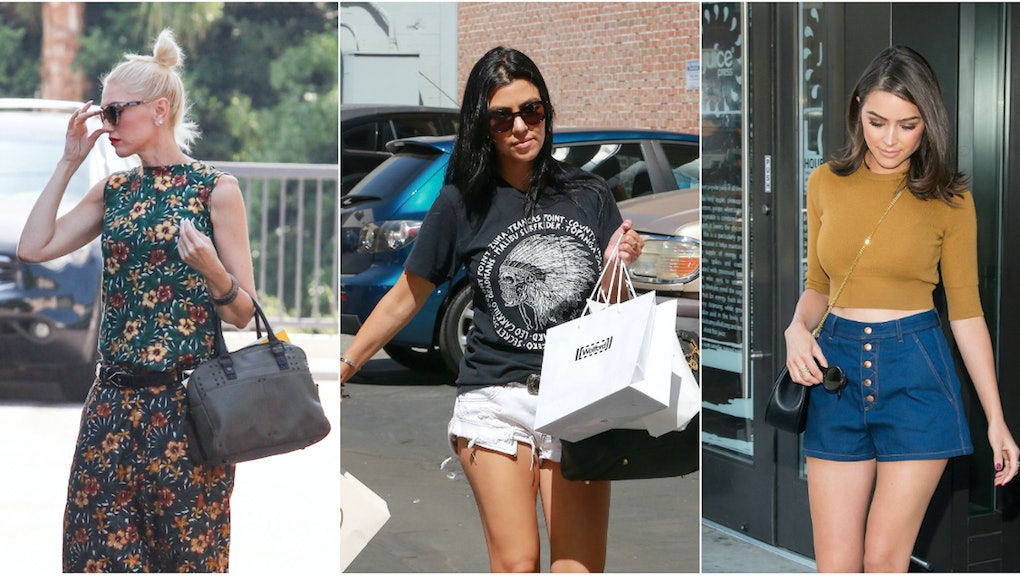 Why It's Time to Stop Talking About Celebrity "Breakup Style"

This hasn't been a shining summer for celebrity relationships, as anyone on the Internet knows. Miranda Lambert and Blake Shelton, Ben Affleck and Jennifer Gardner, Gwen Stefani and Gavin Rossdale, Kourtney Kardashian and Scott Disick — heck, even Miss Piggy and Kermit the Frog called it quits after 40 years.

But, hey, it's not all bad news. Kardashian is "looking better than ever," Lambert's "clearly ready to get her flirt on" with her new hair and Stefani "hasn't skipped a beat in the hair and makeup departments."

The newly single celebrity ladies are being lavished online and in magazines for their breakup style, aka "breakover style," a tabloid-coined term describing how "sexy," "flawless" or "amazing" a female star looks after a divorce or breakup.

But what "breakover style" is really just another example of the scrutiny that pins women's entire beings — their personal lives, their relationship success, their happiness — on their looks.

A woman's worth is in her clothes: Praising someone's "breakup style" might seem bizarre but harmless, particularly when the stars being lavished over are really wearing something cool.

But the problem with "breakover style" praise is similar to the one with praise of Caitlyn Jenner's newfound glamour, or questioning Amal Clooney's outfits or following an interview question to Hillary Clinton about sexism with one about her favorite designer.

Congratulating a newly single woman with a "good for you, that you look so great," reinforces the notion that how a woman looks is what matters most. It isn't her career, her personal well-being or her ideas that really count for much. What's crucial, instead, is how she looks — specifically looking better, sexier and hotter than before her breakup.

The effect is to disempower women, giving her clothes (and those who assess them) the power to tell her story rather than, well, her. It gives meaning to her clothes, lending them a weight men's jeans and tees rarely carry. And amid all the twisted praise, there's no space left for women to look worn down, disheveled or anything less than perfectly groomed.

It's hard to imagine a female celebrity being praised for how well she's handling her breakup if she's wearing leggings and a hoodie — even if she's doing perfectly fine, thank you very much.

Forced to "win the breakup" in all the wrong ways: The concept of "winning the breakup" is inherently flawed (if a relationship was anything less than good, being broken up was a "win" for everyone involved).

We cling to the concept in particular for celebrities as we endlessly speculate about the private lives they lead. Cue the articles about Kardashian looking like a "hot mama" after breaking up with Disick — as mere onlookers, clothing is the best indicator we've got. For female celebrities, there's really only one way to declare victory: looking fitter, sexier and better than ever before.

And when female stars do "win" by looking good? It's always her attempt to show her ex what they're "missing out on" — which only reinforces the idea that women are dressing to attract a mate. Always.

The reality is women often get dressed up or embrace fashion because they want to. For themselves. They also ignore fashion altogether for the same reason, for that matter. If new red lipstick or a fun dress is the boost someone needs after a breakup, that's fine. If sweatpants is what someone needs to cope, that's great too. One isn't more praiseworthy than the other.

In fact, right after a breakup, probably most women don't really want to be judged at all.