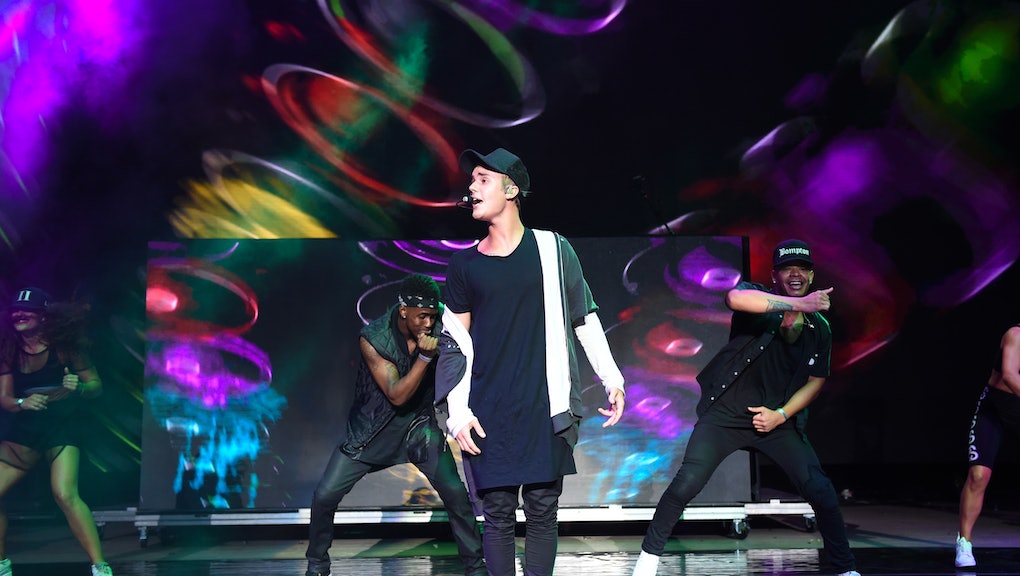 After a long string of legal bumps and bruises and an even longer apology tour, Justin Bieber is back, for better or for worse.

On Friday, he released his first solo single since December 2013, "What Do You Mean?" And as hard as it may be to admit, it's really good. It sports some interesting synth textures. Its hook is strong. It does everything a pop song should do. So, check out your next guilty pleasure:

This is what the celebrity sphere has been counting down to hear. Over the past month, you may have seen on social media pictures of stars holding up signs with Bieber's name and a daily countdown.

And Martha Stewart, who along with Shaq recently performed at Bieber's Comedy Central roast, had the privilege of holding the sign on the final day:

It's was a quintessential pop celebrity power play, but it had a worthwhile pay off. "What Do You Mean?" is a hit. That Neptunes-style tongue click percussion makes for a bouncy beat, and the afro-beat synths do the rest. Bieber's other recent hit, the Skillex and Diplo-led "Where Are Ü Now?" currently No. 14 on the charts, also has an undeniably good groove.

Maybe Bieber won't be so bad this time around — famous last words to make as a music journalist.