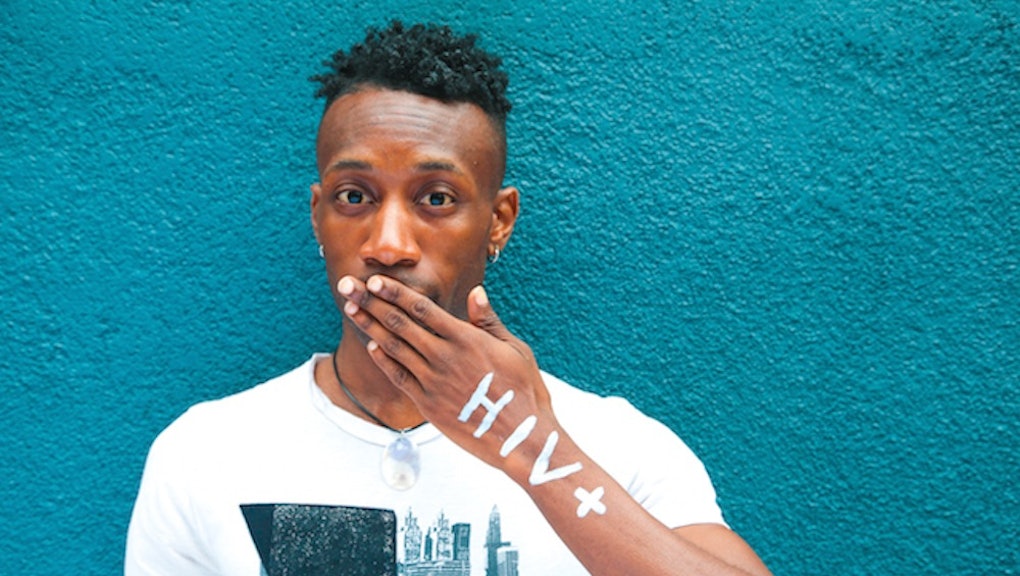 Just because someone doesn't look sick doesn't mean they're not suffering. Yet countless people with invisible diseases and chronic illnesses constantly battle this misconception and can feel dismissed, silenced and alone as a result.

Allie Cashel and Erica Lupinacci, two recent college grads living with chronic illnesses, are trying to change that with a photo series called Suffering the Silence: Portraits of Chronic Illness.

Cashel was diagnosed with Lyme disease at age 7 and then three more tick-born diseases in subsequent years. Cashel's best friend, Lupinacci, was diagnosed with lupus during high school. Despite their relatively similar experiences, however, they rarely discussed their illnesses with each other or anybody else.

"Talking about Lyme disease is something I've struggled with for years," Cashel told Mic in an email. "I was terrified that sharing details about my illness experience would mean that people wouldn't believe me, or that they would think I was crazy."

"It's really difficult having people assume you aren't sick because you look healthy," Lupinacci added. "It's embarrassing and upsetting to acknowledge that you can't do all of the things your friends and family do. I struggled for a long time to actually advocate for myself and ask for help or say something was too difficult for me."

When Cashel began interviewing others with chronic Lyme disease for her senior thesis at Bard College, she realized how valuable sharing these experiences can be. She eventually incorporated the moving stories she collected into a memoir, Suffering the Silence: Chronic Lyme Disease in an Age of Denial, which will be published in September.

Cashel then reconnected with Lupinacci, and the two launched a website and photo series to better expose these experiences and create a community and forum they hope will raise awareness.

"I think people don't understand that this is something that affects every aspect of our lives, every day," Lupinacci wrote to Mic. "When I wake up, I have to assess how I'm feeling and how much activity I can handle that day. ... You have to learn your limits and force yourself to say, 'No,' to things you desperately want to do. We are people who have goals and dreams, who want to live normal lives."

In addition to educating others, the two said they want the forum to help others with chronic illnesses come to terms with their complex experiences.

"I hope that this project will empower people to speak up and talk about their experiences," Cashel wrote, and the Huffington Post also reported. "Once I started owning the truth of my experience with this disease, I found empathy in people and conversations that I never expected to find. Hearing other people share their experiences with illness helped me to better understand my own."

"Patient stories have power," Cashel concluded. "They are more than just anecdotes. As a culture, we need to start talking about the living experiences of illness and understand that patients are more than just numbers, medical files or statistics. Chronic illness affects our lives not just our bodies."