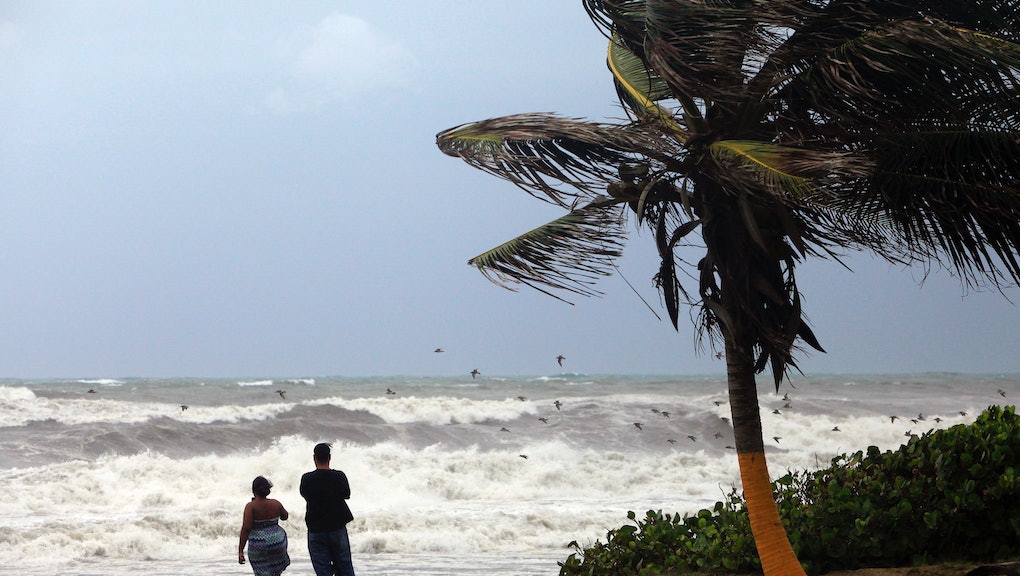 At least 12 people have been killed throughout the Caribbean as Tropical Storm Erika surges on toward the southeast U.S. coast.

Florida Gov. Rick Scott issued a state of emergency in Florida on Friday morning, telling reporters "We've got concerns all across the state now because it's going to be coming clear across the state" and the storm should be considered a "severe threat," according to NBC News.

The storm is moving 50 mph through the Atlantic Ocean as it crashes onto several shores, including Puerto Rico, Dominica and the U.S. Virgin Islands.

Experts are predicting the storm will crash into Florida early Monday, at which time Erika could potentially be upgraded to a hurricane.

The storm has had somewhat of an unpredictable path after passing through the Leeward Islands and bringing heavy rain Friday in the drought-stricken region of Puerto Rico, killing another four people according to USA Today. Forecasters aren't certain whether the storm will reach land in the United States.

Dominica Prime Minister Roosevelt Skerrit confirmed on Twitter at least 12 people died from flash flooding brought on by the storm-force winds and heavy rainfall enveloping the island. Search and rescue missions are underway for missing and injured persons impacted by Erika, according to the prime minister's Twitter page.

NBC reports Erika poured 12 inches of rain onto Dominica while passing over the Caribbean Island and is likely to cause extensive damage to Puerto Rico through Friday night as well. It remains unclear exactly where Erika will head toward next, or if it will die while above the Atlantic Ocean.

Tropical storm alerts have been ordered throughout the Caribbean, including Anguilla, St. Maarten, St. Barthelemy, Montserrat, Antigua and Barbuda, St. Kitts and Nevis, Puerto Rico, as well as parts of the U.S. and British Virgin Islands, according to CNN. So far, pictures on social media of the damage caused by Erika appear devastating, with a clear need for immediate responses.