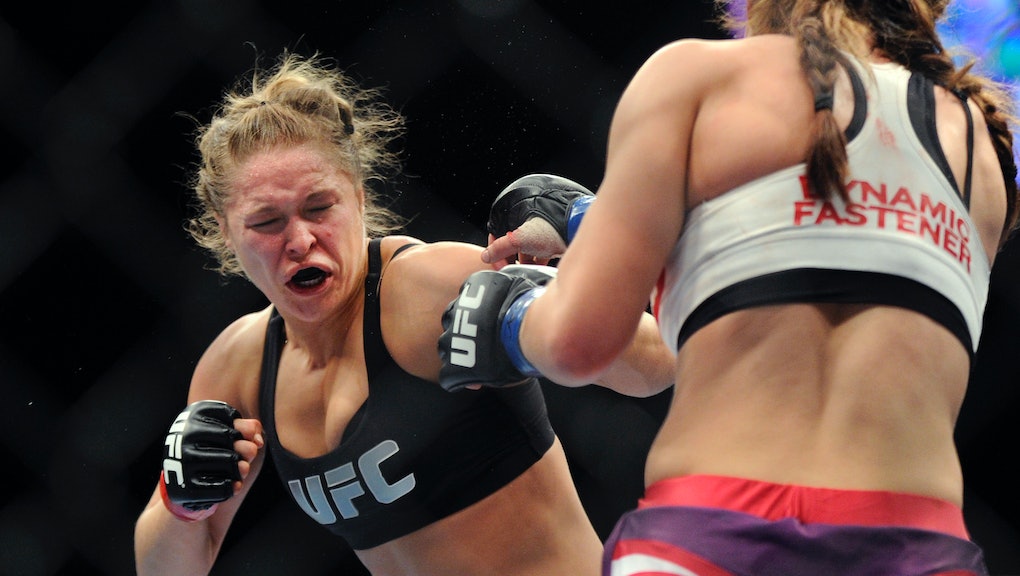 In a new advertisement posted to the chain's YouTube page, the undefeated MMA fighter hawks the chain's breakfast offerings in a video that mashes up footage of her fights with clips of Rousey looking sternly at an egg sandwich.

... even if the ad does rely more than a little on playing up Rousey's sex appeal. (Carl's Jr. has long been accused of making sexist advertisements.)

Rousey probably didn't get where she is in life by eating Carl's Jr. breakfast sandwiches, but now that she's in a league all her own, she's probably getting very rich selling them.

Watch the full ad below: