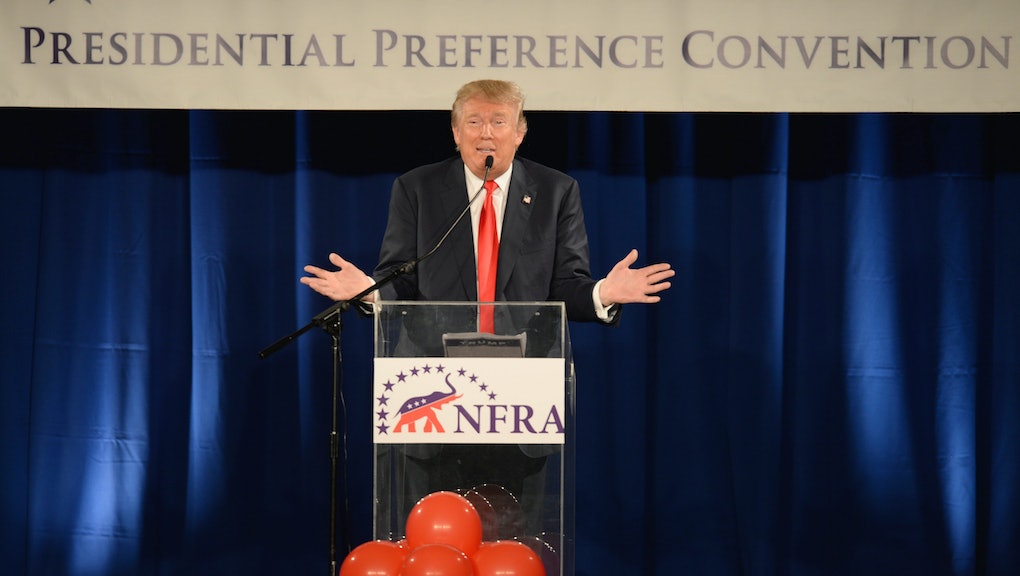 #TrumpBible Asks What the Bible Would Look Like, as Written by Donald Trump

Donald Trump is fond of reminding voters how much he likes Christianity's most hallowed book, though he's a little hazy on the specifics.

Trump has repeatedly told audiences the Bible is his "favorite" book of all time, but has refused to elaborate on just which parts of the text he finds so invigorating. During a recent interview with Bloomberg TV, Trump told reporter John Heilemann that he couldn't choose between the Old and New Testaments because "The whole Bible is just incredible."

With the candidate seemingly unwilling to discuss his personal religious views in depth, Twitter users started using the hashtag #TrumpBible to share insights into what the Bible might look like according to the big man himself. The results have been pretty hilarious.

Others made fun of Trump's well-known boastfulness, applying his self-promotional tactics to stories from the Bible.

If you find the Gospel of Trump disheartening, remember: Though we walk through the shadow of the valley of Trump, we shall fear no early polling.