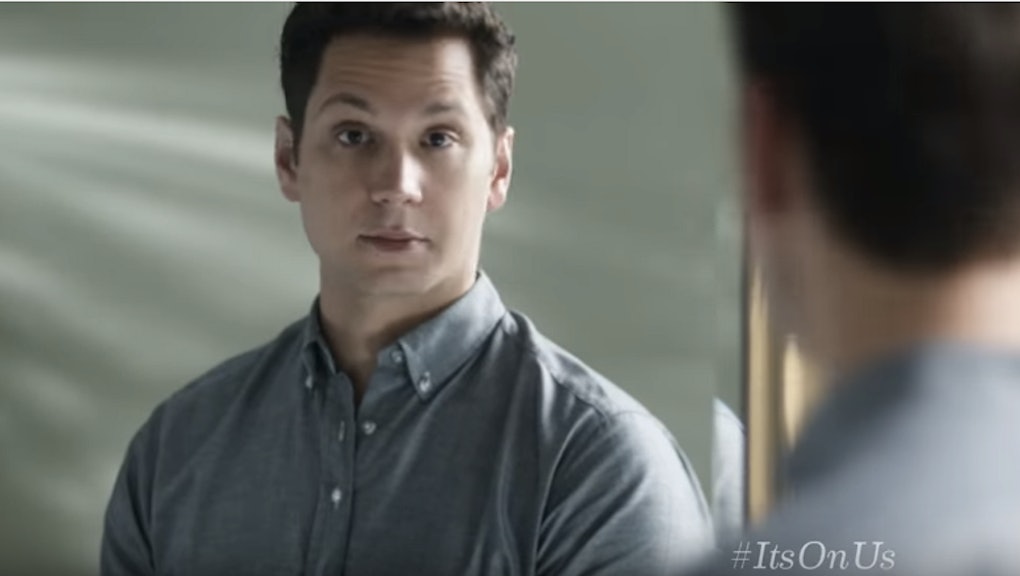 President Barack Obama just released a video highlighting the importance of consent, and it couldn't come have come at a better time.

The PSA, which includes cameos from stars like Matt McGorry, Zoe Saldana, John Cho and Josh Hutcherson, is titled "The One Thing," referring to the importance of consent before engaging in sex, and is part of the "It's On Us" campaign first launched by Obama and Vice President Joe Biden in September 2014.

September isn't just the beginning of classes — it's also when many young people are at higher risk for assault. Some experts call the first few weeks of school leading up to Thanksgiving the "Red Zone," which the New York Times describes as "a period of vulnerability for sexual assaults."

The White House hopes "It's On Us" will make a difference. According to a press release, the campaign has now been launched in a total of 300 colleges, which have hosted 650 events addressing sexual assault on campus. More than 220,000 people have pledged to take on the issue at their school. The campaign's videos have gone viral, garnering more than 10 million views.

This latest video comes at an important time. Classes haven't yet started, but examples of rape culture are already easy to spot. Just last week, the Sigma Nu live fraternity chapter at Old Dominion University in Norfolk, Virginia, came under fire for hanging disturbing banners celebrating an unabashedly predatory approach to women outside their fraternity house. Unfortunately, such actions are part of a larger trend of fraternities spreading rape culture.

As the Guardian's Jessica Valenti writes, "numerous studies have found that men who join fraternities are three times more likely to rape." But the problem of sexual assault goes well beyond fraternities. Consent, despite being a simple concept, is too often deeply misunderstood. In fact, it's so misunderstood that one study found that some men admitted to committing sexual assault when the question was phrased without using the word "rape."

A conversation about consent needs to happen, and it's impossible to solve this issue without men. No other sitting president has tackled the issue of consent quite like Obama. Hopefully it won't be a legacy that our next president takes lightly.