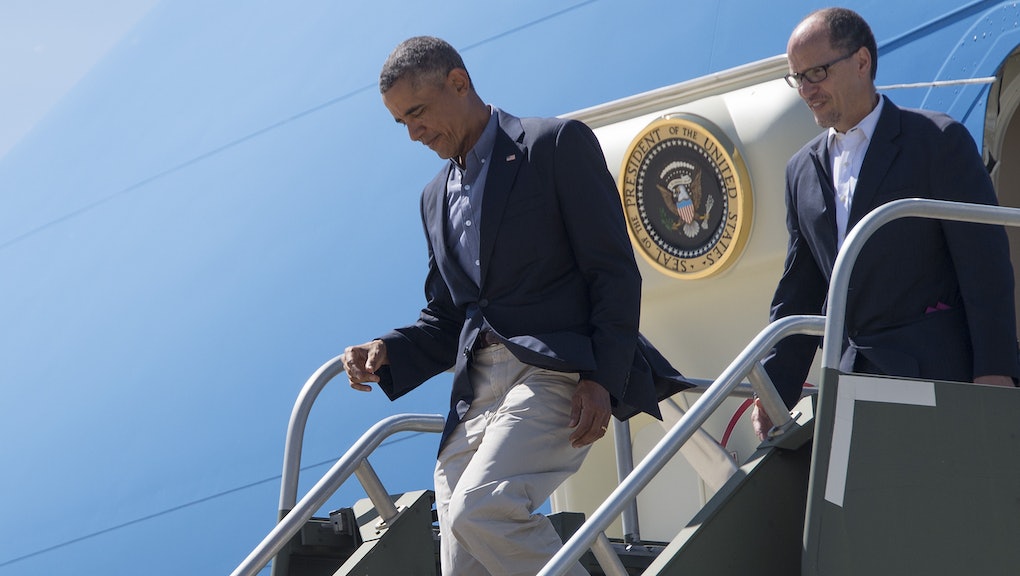 In recent months, the Obama administration has taken a number of steps to advance the interests of American workers in critical ways. In June, President Barack Obama proposed an updated overtime regulation that would extend overtime pay to roughly 5 million Americans. In July, the Labor Department issued a guidance on classifying workers as employees in light of companies like Uber profiting by misclassifying its workers as independent contractors. The National Labor Relations Board, whose members are appointed by the president, issued a ruling last week that strengthens the bargaining power of some of the most disadvantaged workers in America.

There is a notable exception to his recent record: In June, Obama won the authority to expedite negotiations for the Trans-Pacific Partnership, the behemoth trade agreement involving several Pacific Rim nations, in spite of the opposition of organized labor, who anticipate the accord as disastrous for American workers and international labor standards.

But apart from TPP, much of the summer has been encouraging on the labor policy front. Last week, the administration made another gesture in support of one of the most important initiatives for organized labor in the country. Tom Perez, the secretary of labor, told the Huffington Post that he was "proud to stand with the Fight for $15," perhaps the most powerful backing for the multi-year movement to establish a $15 minimum wage for workers nationwide. Perez technically backs the legislation in Congress calling for a $12 federal minimum wage, but he went out of his way to express solidarity with agitation for the higher wage.

Mic spoke with Perez to discuss exactly what his support for the movement means, as well as other facets of the changing economy, including the perils of the gig economy and the kind of culture that places high demands on white-collar workers as well as blue-collar employees.

The minimum wage: Perez isn't pushing for a $15 minimum wage on a federal level, but he thinks that the movement is hugely important. "The fight for $15 movement is more than a fight for a number — It's a fight for worker voice," Perez told Mic. "Workers are not a commodity to be abused, but a precious human capital to be invested in."

Last week, Perez met with fast-food workers in Detroit calling for the $15 minimum wage to express support for their cause. "It's heartening to travel across the country and see workers standing up and saying, 'We are stronger together,'" he said.

As a $15 minimum wage has become the major rallying cry for protesting low-wage workers nationwide, cities such as Seattle and Los Angeles have decided to institute the wage. In July, New York's wage board approved a $15 minimum wage for its fast-food workers statewide.

Perez believes that state and local governments are best-equipped to determine when their workers need wages that exceed the floor set by the federal wage.

The gig economy: When it comes to worker rights, Perez believes that the new economy is no different than the old.

"Whether it's a worker in the so-called new economy or gig economy, such as a worker at Uber, or whether it's a worker at a steel plant that's been around for 100 years, the analysis is the same," he said. "The key is to reject the false choice of 'I either take care of my shareholder or my worker,' and understand that you can do both and do well by your customer."

The labor secretary pointed to the successful grocery delivery startup Instacart as an example of a company that relies on contract workers but offers them the option to be considered part-time employees. Instacart found that while employees are more expensive and bring about more government oversight than employing contractors, their services were improved by them.

"They understood that if they want to grow for the long term they've got to build a stable employment pool, and their most precious asset is their workers," Perez explained.

A healthy workplace: When asked about the emergence of hypercompetitive work environments in the tech sector as represented in a much-discussed New York Times report on Amazon's headquarters, Perez declined to speak specifically about Amazon, but said that the sustainability of a company is linked to treating employees well.

"A happy, engaged employee is a productive employee," Perez said. "There's a robust body of literature showing that employees who are engaged and happy and listened to in the workplace produce workplaces that are great for shareholders, great for customers and remarkable for the worker themselves — and result in lower attrition and greater loyalty."

On the matter of how workers can demand those kind of workplaces, Perez said worker power was key, and while there's no single path for achieving it, the essential element is workers participating in collective action.

"Collective bargaining has been a lynchpin to growing a thriving middle class," he said. The recovery since the recession has been impressive, but a lot of work remains to ensure new gains are distributed fairly. "The unfinished business is to ensure that the wind that's at our back results in shared prosperity."