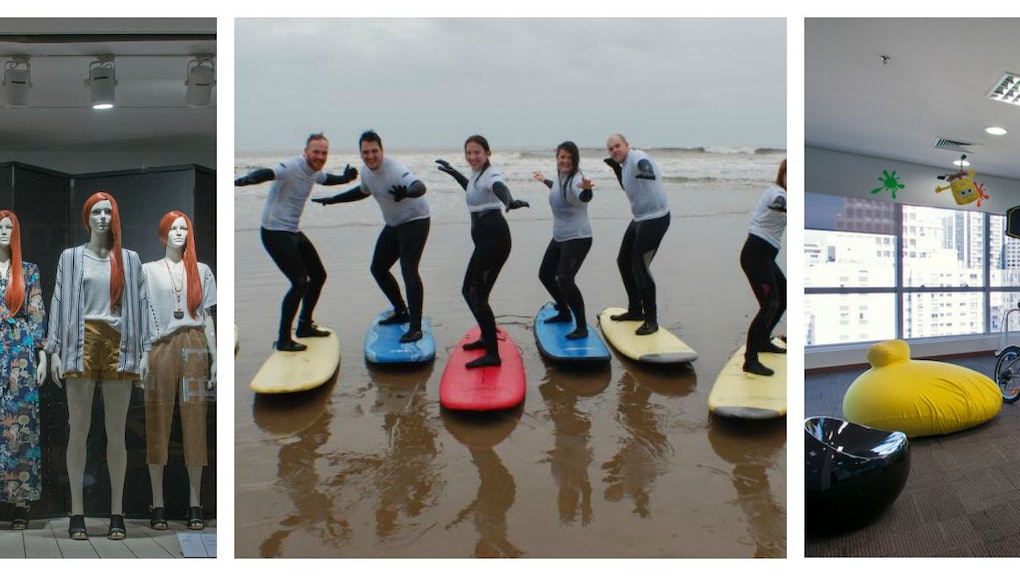 The United States — promised land of innovation, creativity and ingenuity — has a problem: Too many of its employees are overworked, underpaid and undervalued.

Placed next to its international counterparts, America looks even worse. It's the only advanced country in the world that considers paid vacation time a bonus rather than a requirement. Its stance on paid parental leave compared to other countries is, in a word, abysmal.

To be sure, many companies in the rest of the world have serious work to do when it comes to employee treatment. And there are many American companies doing it right. Netflix, for example, just introduced unlimited parental leave for the first year of the new baby's life (though that policy isn't perfect, either); Twitter doesn't tabulate the number of vacation days its employees take; outdoor gear retailer REI has been named one of the best American companies to work for the past 18 straight years.

By and large, though, America's corporate culture leaves a lot to be desired. Companies in the land of the stars and stripes may want to take a page out of these workplaces' books.

Futurice, a Finnish software company based in Helsinki, has twice been awarded the top spot on the Great Place to Work Institute's list of "Best Small and Medium-sized Workplaces in Europe." With extracurricular activities like code camps, off-sites and a tradition known as Futufriday, transparency and fun are key.

"Happy employees are a part of the positive cycle of happy employees, happy customers and happy end-users. When you trust your employees, they also take responsibility. When you show that you really care about them, they care about your business and customers," Tuomas Syrjänen, Futurice's CEO, told This Is Finland. "Great results are made by happy people."

In May, Swedish retail giant H&M announced a novel new policy for its U.S. stores: real, serious vacation time. As Time wrote of the decision, "the vacation policy ... betrays H&M's roots as a European company."

To entice employees, the company will give full-time workers three weeks of paid vacation annually, with up to five in the cards. The policy also includes a stack of paid sick days and holidays, as well as a particularly special treat — the day off on your birthday. Hear that, Amazon?

How would you feel if your company was cool with — nay, encouraged — you to totally ignore emails while on vacation? German automobile company Daimler did just that in 2014, introducing an "auto-delete" program for its German employees that allowed them to return from vacation to Inbox Zero.

"Our employees should relax on holiday and not read work-related emails," Wilfried Porth, board member for human resources, told the Financial Times. "With 'Mail on Holiday' they start back after the holidays with a clean desk. There is no traffic jam in their inbox. That is an emotional relief."

"Ministry of Fun" may sound like something out of Harry Potter, but for employees of United Kingdom-based insurance company Admiral Group, it's a real part — and perk — of the job. "MOF was set up in order to provide light hearted relief from the daily routine and give staff an opportunity to put forward their ideas for games or competitions," Admiral's website explains. Events have included dressing up, nighttime events and lunch break computer game competitions.

"We have a very simple philosophy — if people like what they do, they will do it better," Admiral Group CEO Henry Engelhardt told the BBC. "And if people are unhappy at work, if they are brooding or jealous, it doesn't help you do those things."

The Austrian company's slogan, "Red Bull gives you wings," can apparently be applied to its employees, too. In 2014, employee branding agency Universum Global reported that Red Bull topped its list of Austria's Most Attractive Employers. Indeed, the company's reputation as a bastion of fun — it reimburses employees for flying lessons, and its Canadian headquarters are friendly to Frisbee and skateboarding — dovetails with its position as a relatively flexible and "freewheeling" company.

Though it was founded in 2012, Nigerian online retailer Konga has quickly blossomed into one of the biggest and most-talked-about businesses in Nigeria. It came in first on a list of the 100 best companies for Nigerian millennials, based on employee happiness, and it came in 12th for BusinessDay's "Top 100 Most Respected Companies Award," joining the ranks of names like Unilever and Nestlé Nigeria. "Konga does not only bring out the creative part in you, but ensures that you enjoy work-life balance," Nneka Obiano, a marketing associate, said.

The Swedish furniture magnate has more to offer than just meatballs. In July, it announced it would begin to apply the U.K.'s new "living wage" law — which will pay all workers over 25 an equivalent of $14 per hour by 2020 — affecting about 50% of its U.K. workforce. Meanwhile, it has consistently rewarded its workers with holiday and retirement bonuses.

Unlimited vacation sounds like a pipe dream, but for Hungarian software startup Prezi, it's part of the equation for success. "We can get amazing work done and still take more than a couple of weeks vacation a year," Tobey Fitch, the company's head of people and talent, told Newstimes. "We have European roots as a company — the company was founded in Budapest — and this informs our beliefs about work/life balance values."

The United States is at the bottom of the list when it comes to paid parental leave, but American Vodafone employees can skirt that thanks to the British telecommunication company's new policy. In March, it rolled out a plan for 16 weeks' paid maternity leave for its female employees working in all operating countries, as well as a 30-hour work week for the first six months after they get back. Though this won't affect employees in countries in which parental leave is the norm, it's sweet, sweet relief to working mothers in places like America. (Unfortunately, for now, the policy doesn't extend to new dads.)

The Brazilian tech startup is big on employee perks — think DVD rentals, manicures, personal trainers and travel opportunities for employees, including a company-wide trip to Las Vegas. Much of these values can be traced back to Diego Torres Martin, the company's founder, who has stressed that nurturing his employees' personal lives is just as important as pushing them professionally.