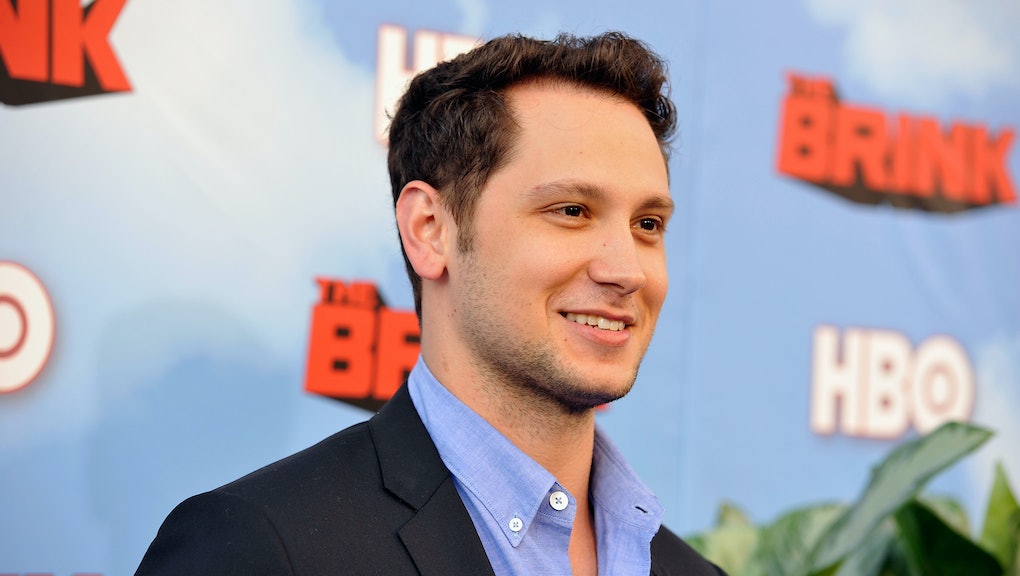 Feeling strong social pressure to be thin, craving validation from others, struggling with diet and exercise habits — so goes the narrative for many women who struggle with body image issues.

But in a revealing Yahoo! interview on Monday, Orange Is the New Black star (and outspoken male feminist) Matt McGorry reminded us that the struggle for body confidence can be just as real for dudes.

"I remember the first shirtless scene I ever did on Orange, I was obsessively dieting, and when I saw that scene before the show ever came out, I thought I had blown it. I was like, 'Oh no! I didn't get as lean as I could've,'" he told the website. "But then the show came out, and no one said anything negative about it, and it's funny because from one perspective you could say, 'Oh, he's letting himself go,' but from another perspective, I just don't need that validation I once did."

The validation he mentions is a reference to his past as a bodybuilder, which he told Yahoo! was driven by a need to get swole after having an "unathletic" childhood.

"I still love working out, and I think it's good for my health, and I feel good doing it," he said in the interview. "But I think with mental health, allowing myself to be who I am naturally in terms of my body, I think that's sort of practicing more self-love that way."

Challenging the stereotypes: While male celebrities (not to mention men in general) tend to avoid openly discussing body image issues, McGorry isn't the first to do so. Earlier this year, Chris Pratt made headlines for telling Men's Health U.K. that his self-esteem plummeted when he was overweight. He later told Access Hollywood that weighing 300 pounds resulted in him having a lowered sex drive and an overall "dull spirit."

While our culture might lead some to believe that dudes are exempt from feeling self-conscious about their bodies, we now know that this is far from the case. Research from the National Eating Disorders Association estimates that as many as 43% of men are dissatisfied with their bodies, citing the "muscularity of ideal male body representations" in media as the driving force behind the trend.

While the benefits of strength training might have been great for McGorry's self-esteem, we're glad he finally found a way to love himself without having to get jacked. His testimony is particularly powerful in that it challenges the "ideal male body" type from within the entertainment industry, which creates pressure for both men and women to be trim and fit. Perhaps if more dude celebs leaned into their dad bods, we could put Hollywood's unrealistic male body standards to rest once and for all.