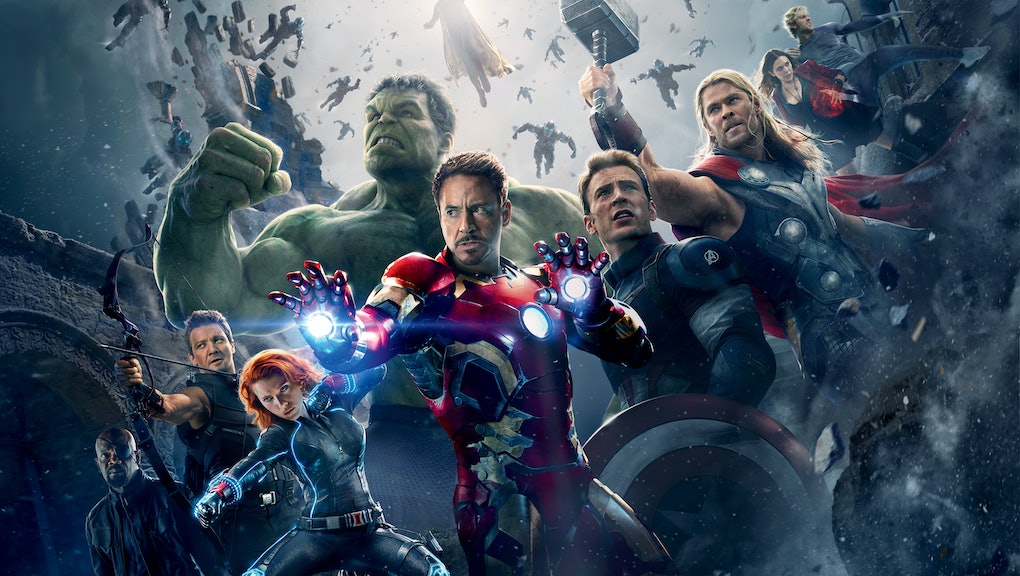 What Your Favorite Summer Movie Says About You

The summer movie season is over, and all things considered it was pretty solid. Girls ran the world, Amy Schumer kept it sex-positive and a bunch of strippers surprised everyone. There may have been some flops — hello, Fantastic Four — but most emerged relatively unscathed.

Now that the movies are all out, it's time to take your cinematic temperature. Like we did with summer TV shows, we've compiled a list of 10 of summer's best and most significant movies (not mutually inclusive) for a personality test of sorts. Are you a dinosaur or an a cappella lover? Is your favorite kind of action about overthrowing the patriarchy or the action that happens in your mind?

Here's what your favorite summer movie says about you.

Jurassic World was summer's box-office smash, making over $643 million. That makes it the third-highest grossing movie in the United States ever, behind Titanic and Avatar. Mediocre reviews? Who cares? This is the kind of movie that thrives on pleasing an audience, not critics. It is the People's Dinosaur Movie.

What it says about you: You are a populist and happy to be one. It means you see a lot more Chris Pratt than the non-populists, which can't be a bad thing.

Age of Ultron felt a bit like the second banana this summer. It did slightly better with critics than Jurassic World, but it fell far short of its predecessor's box office gross. Marvel's superhero epic also underwent a brutal press tour that featured its cast and director Joss Whedon looking exhausted, even giving unfortunate, sometimes sexist sound bites. This movie was the equivalent of senioritis in movie form, except these students have a ways to go before graduation.

What it says about you: You're pretty over summer, but you still have plans to hang out with your friends over Labor Day weekend.

The first Magic Mike surprised audiences by being far deeper than its "Channing Tatum stripper movie" synopsis would indicate. Magic Mike XXL took a different route, emphasizing fun over plot and throwing out any lessons the first movie taught. Drugs? Fun! Stripping? Great! As a sequel, it was a mess. As an experience, it was downright spiritual.

What it says about you: You're more than a pretty face and a stack of abs. You've got a little substance to offer too. (But your abs are really impressive.)

What didn't Pitch Perfect 2 accomplish this summer? It destroyed the box office, avoided critical collapse (though it took a few lumps) and affected the movie industry in a huge way. The Barden Bellas' second outing continues to make an a cappella franchise improbably popular. It's even spurred a third film. Pitch Perfect 2 isn't for everyone, and it may not be singing all its notes on-key, but it's having a blast.

What it says about you: You're dancing on the bar, having the time of your life and not caring about all the people staring at you.

Fans speak of Mad Max: Fury Road in hushed, hallowed terms. It is a religious temple, a miracle to be worshipped. It deserves the same fanaticism that the movie's War Boys give to the villainous Immortan Joe — er, wait.

Yes, maybe the hype for Fury Road went a bit over the top this summer. It's an incredible action film, slaking our thirst for really smart, ambitious filmmaking in a season that usually doesn't reward either of those qualities. To see it perform as well as it did is cause for celebration. How many movies that ignore their male protagonist in favor of a strong woman perform as well? It's a testament to an excellent (if not quite holy) cinematic experience.

What it says about you: You love some unexpected feminist themes. Or you love cars that go boom. Or both!

Amid the scores of action movies, Tangerine was the adventure of the summer. It was the funniest comedy and the most genuine drama. Director Sean Baker's iPhone-shot story of two trans women's increasingly absurd Christmas Eve could have been manipulative or insular. Instead, it was both — telling a truly individual story. You can't help but feel that if even one of the collaborators involved hadn't been, the movie would have been totally different. Tangerine is a perfect storm. It's necessary viewing.

What it says about you: You're not afraid to go out of your comfort zone, both to entertain yourself and to learn something new.

We'll say it as many times as we have to: Aloha's premise was absurd. Why did Cameron Crowe make a movie that was secretly about the militarization of space? Who knows! Regardless, this Emma Stone and Bradley Cooper rom-com signaled the genre wasn't quite back to fine form yet. Meanwhile, the casting of Stone as an Asian character really set off the Internet's sirens, though Crowe did apologize. Perhaps he should also apologize to Sony for the terrible box office performance.

What it says about you: You have a personal investment in the militarization of space.

Judging from the numbers, everyone saw Inside Out, and everyone loved Inside Out. Rightfully so — there was little divisive about Pixar's return to form. The studio finally put women front and center in a way they haven't done much throughout their tenure as Americans' favored animators. The laughs came as easily as the tears. The only question afterward wasn't about Inside Out at all, though: What did you think of the incredibly divisive short Lava?

What it says about you: You love a good cry, and/or you have opinions about anthropomorphic volcanoes.

Lily Tomlin may have been all over Netflix this summer, but her best offering is now playing at an independent theater near you. This incredibly funny, all-too-real abortion comedy's main draw is Tomlin. Yet the ensemble cast, including Marcia Gay Harden and Sam Elliott, all do great work too. It will never compete with the superheroes and strippers, but this quiet little film proves age isn't a factor when making a splash.

What it says about you: You've seen it all, but that won't stop you from having some more fun.

Saying Straight Outta Compton is a hit feels too small. It's a full-blown sensation, commercially, critically and virally. In a summer that didn't have a ton of surprise successes, this was an easy winner to root for... at least, it should have been. Instead, the movie's failure to address any of the N.W.A members' offenses against women — on top of the already poor treatment of women in the movie — made it an uncomfortable summer favorite.

What it says about you: You're incredibly well liked, if not entirely forthcoming.