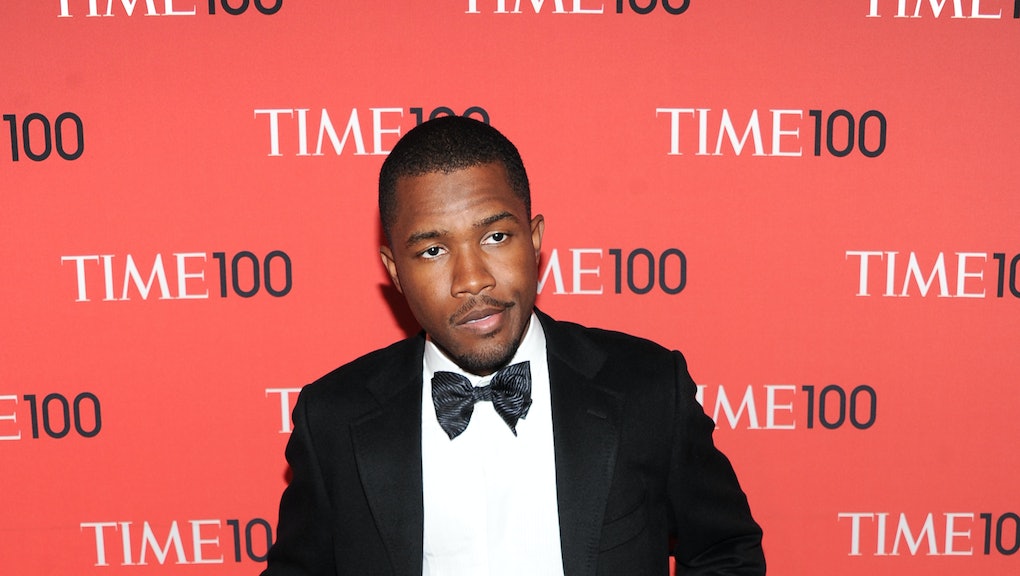 Years from now, the summer of 2015 will be officially remembered as "The Curious Case of Frank Ocean."

Ever since revealing Boys Don't Cry, the hip-hop crooner's Channel Orange follow up, would be released in July (according to his own Tumblr posts), Ocean has been mysteriously absent from the public eye, sending cryptic messages to his fans that come far and few in between.

Ocean has yet to issue any sort of explanation to fans, who have been waiting three years for a new album, as to his (or his album's) whereabouts. Most recently, the singer cancelled his headlining set at Los Angeles' FYF Fest, and then FYF sent Kanye West to cover for him. "Frank Ocean has decided on his own terms to cancel his appearance," the event said in a statement, according to Entertainment Weekly, regarding the cancellation that occurred two days before the event.

All sorts of rumors are beginning to float around the internet surrounding the highly anticipated release. The Frank Ocean subreddit page is chock-full of ideas as to where the next album may be. According to one user, a music video starring Frank Ocean called "Nikes" is completely directed, edited and ready to go — that is, whenever Ocean decides to release it.

At this point, people are just looking for answers:

However, it's coming to a point where fans are no longer intrigued by Ocean's disappearance from the music industry. As Spin's Brennan Carly writes, "There's a thin line between secrecy and irrelevancy. Frank Ocean's tipping over to the other side."

Music-industry consultant Mark Mulligan tells Time, "Springing [an album] on the world without anybody knowing, that sort of turns decades of music marketing on its head." The consultant, who was discussing Beyoncé's latest album release (which was digitally dropped without so much as a preceding tweet to prepare fans), notes releasing an album in total secrecy is far from what traditionally works in the music sphere.

However, Ocean could just be taking an example from the Queen herself. The Beyoncé album garnered widespread media attention, quickly outselling her preceding album titled 4 in just four weeks, according to Billboard.

The only difference between Yonce and Ocean is the fact that the latter excitingly teased his new album (and possible magazine) with a promised release date for July, whereas there was not a single mention of Beyoncé producing music in the months preceding her album drop. If an artist is going to delay a promise of new projects, singles or magazines to their fans, they should at the very least inform their supporters what has been happening behind the scenes.