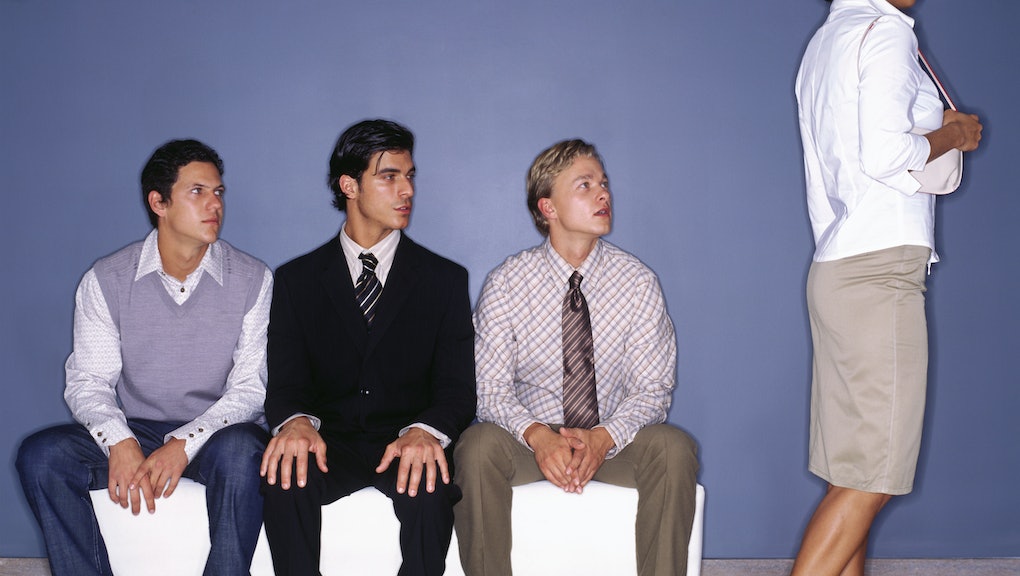 We all know that blatant sexual harassment is not to be tolerated in the workplace.

But what about the subtler forms of sexism that some women encounter on the job? Off-the-cuff sexist jokes, the casual dismissal of women's opinions or a generally hypermasculine office culture? A new study has determined that these low-key microaggressions can be just as damaging as more conspicuous forms of sexual harassment.

Paging Ally McBeal! Office sexism isn't always as overt as an after-hours ass-grab.

The study: Researchers from the University of Melbourne dug up 88 studies, including the experiences of nearly 74,000 working women total, as a way to "compare the associations of different harmful workplace experiences and job stressors with women's work attitudes and health."

They ultimately found that while there has been tremendous progress over the years in combatting in-your-face instances of harassment and sexism, "low-intensity sexism" is far more common and equally damaging — and less frequently called out.

An all too common issue: Many women probably won't be surprised by these results. Earlier this year, Cosmopolitan published a survey of more than 2,200 working millennial women and found that 1 in 3 had personally dealt with sexism on the job.

As for a way to combat this insidious trend, the authors of this new study say organizations must educate their employees and crack down on those who think commenting on a colleague's low-cut blouse or cracking an oral sex joke during a meeting is OK. That means providing sensitivity training for employers, among other things.

"Organizations need to have zero tolerance for low-intensity sexism. They can show their zero tolerance by communicating that sentiment to everybody in their organizations," Sojo told Mic. "Supervisors need to be the first educating themselves about the different forms of hostility women experience at work ... they should be the ones advocating for equality in payment and job opportunities for women, they should be the ones calling out people when they make sexist comments and jokes."

And if that doesn't work, throwing a book at a sexist douchebag's head probably isn't a bad idea either.