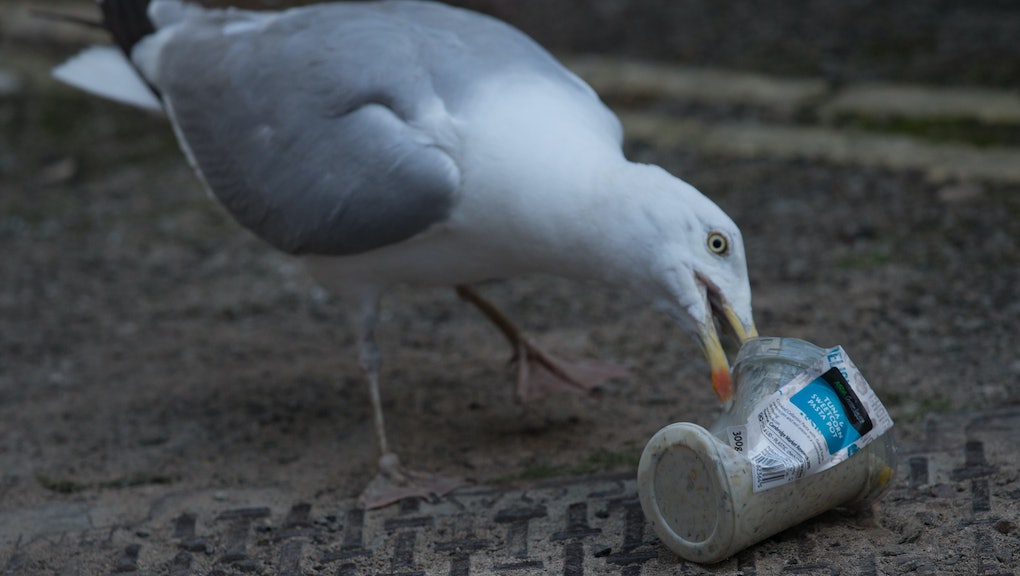 The world's seabirds are facing a mortal threat in the form of an unending mountain of garbage.

A study published in the Proceedings of the National Academy of Sciences by Imperial College London and Commonwealth Scientific and Industrial Research Organization researchers estimates the past half-century has seen an explosive increase in the number of seabirds ingesting plastic.

Specifically, the study estimates 9 out of 10 seabirds currently have plastic somewhere inside of them.

The science: The research team "used a mixture of literature surveys, oceanographic modeling and ecological models to predict the risk of plastic ingestion to 186 seabird species globally." They found the threat of garbage is "geographically widespread, pervasive and rapidly increasing."

The team further found nearly 60% of seabird species in the world today have ingested plastic, and by the year 2050 that percentage will rise to 99%.

"It's pretty astronomical," Commonwealth Scientific and Industrial Research Organization researcher and study co-author Denise Hardesty told the Associated Press. "In the next 11 years we will make as much plastic as has been made since industrial plastic production began in the 1950s."

Hardesty said birds are eating a variety of plastic objects — the detritus of every type of consumer product imaginable. The highest concentrations were in the "Southern Ocean boundary in the Tasman Sea between Australia and New Zealand, which contrasts with previous work identifying this area as having low anthropogenic pressures and concentrations of marine debris," according to the report.

The birds "think they're getting a proper meal but they're really getting a plastic meal," she told the Associated Press. "I have seen everything from cigarette lighters ... to bottle caps and model cars," Hardesty told Phys.org, adding that she found one bird with almost 200 pieces of plastic in its gut.

"We don't yet know the impacts of plastics on birds," he said. "But we know it's not good." Seabird populations "are generally going down and seabirds are as a group among the most threatened of all bird species."

"Certainly one of the revelations of this work is the importance of the southern oceans, where some of the albatrosses are," Senner said. "It highlights a group of birds in a geographic area that are highly vulnerable."

Part of a global problem: A separate analysis by Nature in 2014 found 1,373 species of bird or approximately 13% of all bird species are at risk of extinction.

Birds aren't the only ones suffering under human dominion. A report by the London Zoological Society in 2014 estimated populations of mammals, birds, reptiles, amphibians and fish worldwide have been slashed by an average of 52% in the past four decades. A report this year by the University of Connecticut's Mark C. Urban found future species extinction rates for all fauna on the planet will accelerate in association with the damage of global climate change.

Making a change: While all wildlife on the planet is in serious danger thanks to humanity, dealing with the plastic problem could be a relatively easy adjustment compared to avoiding catastrophic global warming.

"My sense is that serious efforts to reduce plastic are not yet high priority for national governments around the world. I think we have a long way to go on that one," he told Mic. "We need to look at where the plastic is coming from ... is it industry, transportation?

"We need to look at tracking systems to identify plastic sources. Efforts such as beach cleanups are "important, but not the way to solve the plastic problem. We have to go back to the sources."