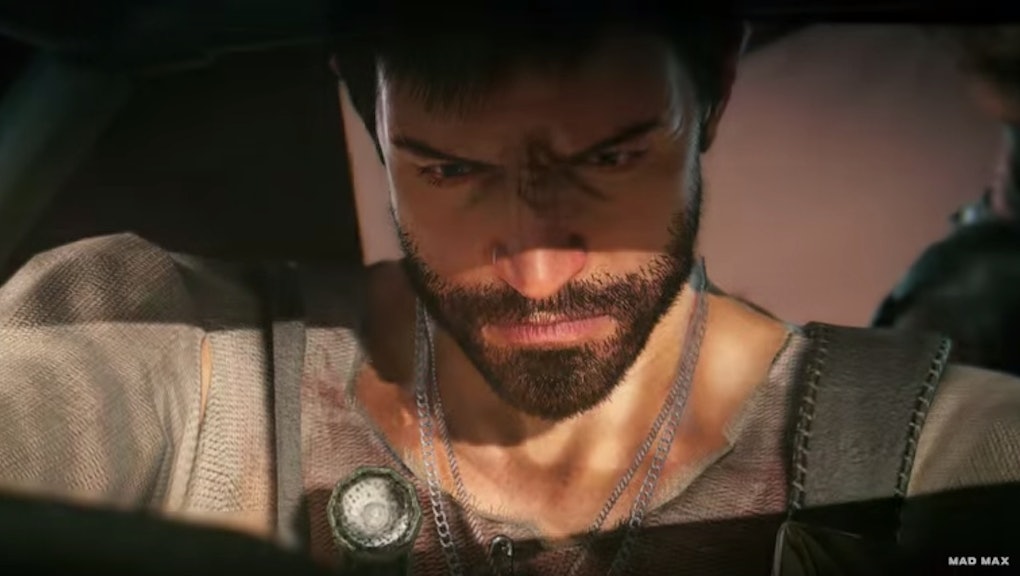 Enter the dystopian desert world of Mad Max, a video game based on the popular film series. Like the action films, the game takes place in a post-apocalyptic world in which chaos forces troubled police officer Max Rockatansky to become the ultimate defender of righteousness.

"In the wasteland, it's every man for himself," the game's description reads. "Playing as reluctant warrior Mad Max, you must embark on a treacherous journey to build the ultimate war vehicle and leave the madness behind. ... Alone in the wasteland with stolen gas for your Interceptor, it's up to you to fend for yourself and fight off the deadly marauders who will do anything to obtain precious scrap and resources."

Mad Max, a video game by Avalanche Studios, was released Tuesday in North America and Europe on Xbox One, PlayStation 4, Linux and Microsoft Windows and is scheduled for release in Australia on Wednesday.

Here's what to know about the latest addition to the Mad Max universe, including video game features and the latest reviews:

Mad Max features: Players control the part of Mad Max, a lone drifter who, like everyone else in the Mad Max universe, is just trying to survive life in the harsh desert after civilization and order collapse.

As Max, players must scavenge for resources, fight off enemies and get to build really awesome vehicles.

Driving becomes central to the game's story line and "the basis for the game's best moments," according to GameSpot reviewer Peter Brown. Players get to customize their car, including the tires, armor and firepower.

"When players aren't taking down enemies, players can drive off to explore the world map, which includes other encampments, visual vantage points to scout the terrain and fuel, food and scrap parts convoys," Polygon reports. "The map will also show where a highly valuable vehicle is located, giving Max incentive to nab it for parts."

Unlike this summer's Mad Max: Fury Road, the video game will not feature the same amount of badass female leads.

Mad Max reviews: Video game enthusiasts have weighed in on the pros and cons of Mad Max.

"Watching Max manhandle thugs can be entertaining, but the part you play — controlling Max — isn't very interesting or rewarding," Gamespot's Brown writes. "Mad Max's combat borrows from Warner Bros.' recent Batman and Shadow of Mordor games, where mashing one button dishes out contextual attacks, and another, when pressed while an icon appears over the head of an attacking enemy, initiates a parry maneuver."

"I enjoyed careening around the desert, shooting and punching humanity's worse elements and pimping my rusty ride," Polygon's Dave Tach writes. "I want to play more, and I almost certainly will when it's released."

"A fun game with a few nice touches that is let down by lacking any real wow-factor," Adam Cook of God Is a Geek writes. "Nonetheless, worth your time if you're looking for a well-designed and -executed open-world game."

Catch the trailer for the Mad Max video game here: