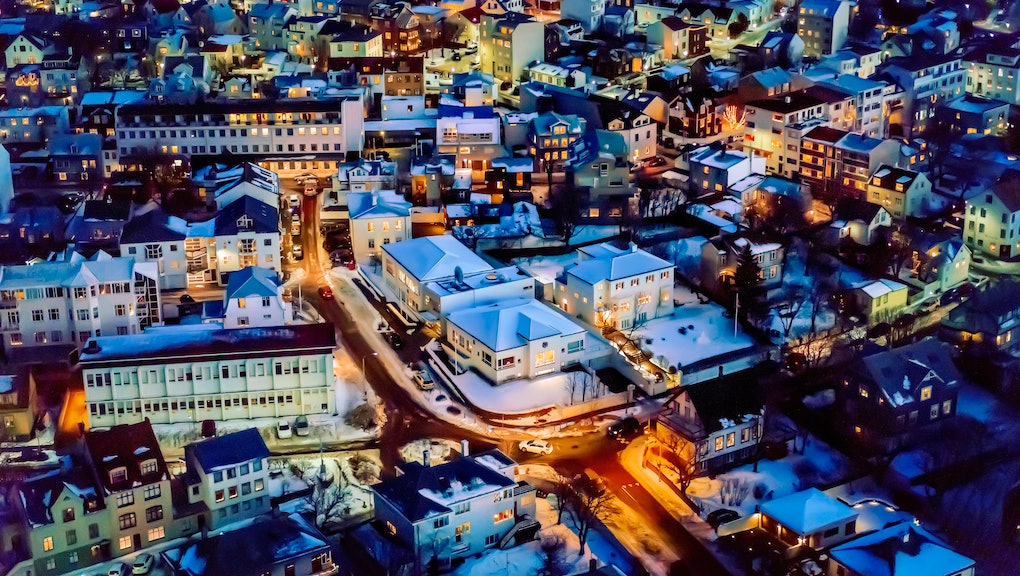 Let more people in, and we'll take care of them.

That's what thousands of Icelanders are promising through an explosive Facebook campaign pledging their own beds and the clothing off their back, in response to their government's commitment last month to permit a maximum of just 50 refugees from Syria to enter the country.

The Telegraph reports that in 24 hours, about 10,000 people from the tiny island nation, which has a total population of about 320,0000, had joined the page created by Icelandic author Bryndis Bjorgvinsdottir; by Tuesday afternoon, that number had surpassed 13,000.

It's growing: The Facebook campaign, whose name translates to "Syria Calling," serves as an open letter intended to "show the government that there exists a will to receive even more refugees from Syria" and "to push the government — show them that we can do better, and do so immediately!"

The Facebook page is packed with posts and comments by Icelanders pledging to personally take care of new refugees, offering everything from the cost of airfare to spare beds.

Here are some examples of their promises, via the Iceland Review, which translated the posts from their original Icelandic:

"I'm happy to look after children, take them to kindergarten, school and wherever they need. I can cook for people and show them friendship and warmth. I can pay the airfare for one small family. I can contribute with my expertise and assist pregnant women with prenatal care."

The Facebook page's official letter says refugees should be embraced rather than feared.

"Refugees are human resources, experience and skills," it reads. "Refugees are our future spouses, best friends, our next soul mate, the drummer in our children's band, our next colleague, Miss Iceland 2022, the carpenter who finally fixes our bathroom, the chef in the cafeteria, the fireman, the hacker and the television host."

That argument appears to be getting attention. In response to the pressure, Icelandic Prime Minister Sigmundur Davíð Gunnlaugsson has said that he will appoint a committee to reconsider the government's 50-refugee quota.

Part of a larger problem: Europe is struggling to grapple with intensified waves of migration. In July, the number of migrants reaching European Union borders surpassed 100,000 — an unprecedented figure and about three times the number of people who did so around the same time last year, the BBC reports. The summer has seen a steady stream of morbid news of desperate migrants attempting to escape humanitarian disasters in North Africa and the Middle East by illegally entering Europe. In August, an abandoned truck on an Austrian highway was found to be stuffed with 71 dead refugees who likely suffocated as they attempted to sneak into the country.

A large part of the migrant surge is tied to the conflict in Syria. The civil war there has resulted in the largest refugee crisis in a quarter century, according to the United Nations.

What the United States can learn: The U.S. might do well to observe the generosity on display in Iceland at the moment. As of June, the U.S. has admitted fewer than 1,000 refugees of the crisis in Syria since 2011. Although the Obama administration plans to increase that number over the coming year, the U.S. still ranks far below countries like Germany, which has accepted about 100,000 Syrian refugees since the conflict began.

The Syrian refugee crisis also has echoes in the domestic political debate over how to treat the roughly 11 million undocumented immigrants residing within U.S. borders, many of whom arrived here after fleeing crises in their home countries.

Republican presidential candidate Donald Trump is riding a massive wave of popularity in the polls on a platform of unabashed xenophobia and aggressive calls for deportation. Trump's bombastic demands for a giant wall bearing his name on the U.S.-Mexican border and calls for overturning constitutionally guaranteed birthright citizenship has electrified a significant part of the Republican base and compelled GOP competitors to grow more hawkish on the issue.

Democratic presidential candidates have called for establishing a pathway for undocumented immigrants to receive amnesty and establish legal status in the country.

As the people of Iceland are showing, a little compassion can go a long way.