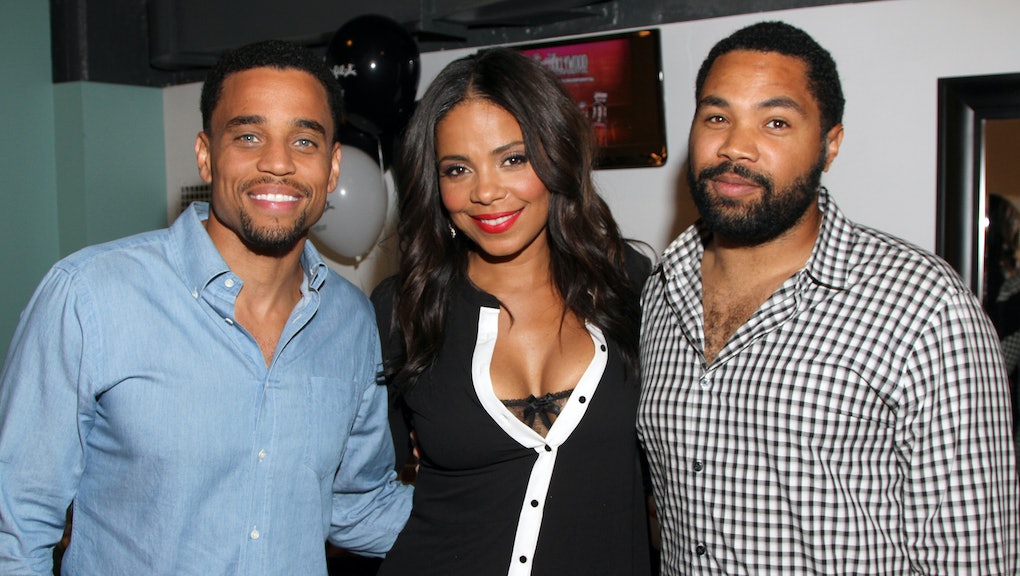 We're beyond typewriters, rotary phones and record players, but casting people of color in mainstream films, actress Sanaa Lathan said this week, is still an issue Hollywood has trouble portraying.

In an interview with the Huffington Post, the The Perfect Guy actress pointed out that the success of black-led films is not a fluke, even though the film industry tends to treat it as such.

"I think Hollywood has a ways to go," Lathan told the Huffington Post. "But I think the language needs to change, the language about 'Oh, this is an urban film or this is a niche film.' No, these are Hollywood films."

Recent releases like Straight Outta Compton, which became the most successful music biopic of all time, show that people want to see movies about black people, and they want to see black actors and actresses in those roles. Despite that success, some people continue to see profitable films with black casts as outliers, rather than a recognizable pattern.

While movies like Compton, Best Man Holiday and Think Like a Man outperform box office expectations, Hollywood seems to be scratching its head on how to classify films with black actors and actresses.

"And it's to marginalize us because it's like some kind of a freak thing that we've made all this money off this movie," Lathan added. "That's a problem for me."

It's a top-down problem. The issue may very well be that white male executives run a supermajority of the industry's talent agencies and movie studios.

A recent University of California, Los Angeles, study of film and television in 2012 and 2013 identified a particular problem with both top-level executives and "gatekeeping" in Hollywood: 94% of studio heads were male, and every single one was white. Senior management at studios was 92% white and 83% male as well.

In an interview with the Hollywood Reporter, Time Warner's Jonathan Beane, who leads diversity and corporate social responsibility at the studio, said he felt that executive attitudes were not "malicious" toward people of color. "It's just that people have a better eye for talent when it looks like them and has the same background as them."

Modernizing Hollywood casts is a win-win. Despite Beane's assertion, a more diverse cast may also be good for business. "If 50% of the people going to the box office are women, and over 40% are from underrepresented racial or ethnic groups, it's a real question of leaving money on the table," Stacy L. Smith, director of another media study out of the University of Southern California, told Mic in August.

Yes, Hollywood's diversity problem may be slow to remedy, but Lathan offered Huffington Post one tip: accuracy in storytelling.