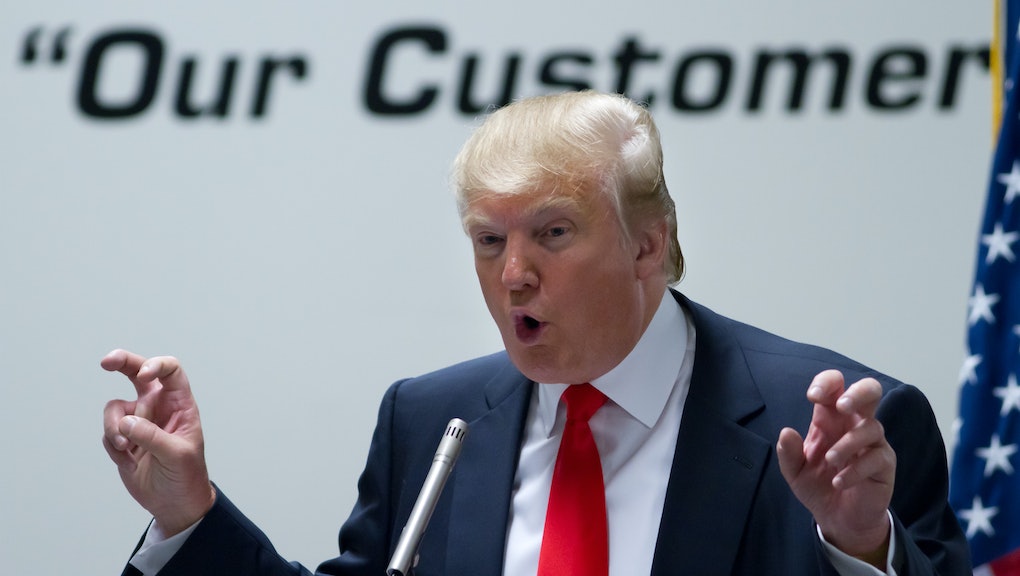 There is no shortage of explanations for Donald Trump's sustained success in the Republican Party's presidential nominating race.

The latest nationwide survey of GOP voters, conducted by Public Policy Polling, finds the billionaire leading the field with the support of 29% of "usual Republican primary voters," nearly double the backing of his nearest competitor, Dr. Ben Carson, who came in at 15%.

As Trump continues to lead the field, observers have begun to take a deeper interest in the nature of his appeal. A new Des Moines Register/Bloomberg Politics poll asked Republicans in Iowa, where he has built a significant following, why they are so attracted to him. Their answers hewed pretty closely to the conventional wisdom — supporters mostly agree with his policies, but they love his personal style more.

The appeal of his style is readily apparent. But understanding his rise also requires a closer look at the voters who time and again tell pollsters that Trump is their first choice to be the next president of the United States.

According to the poll, 61% of Trump's supporters say they believe President Barack Obama was born in another country. Two-thirds say the president, who is a Christian, is a Muslim. This fiction has followed Obama since he began his first presidential bid in 2007 and continues today despite all evidence — multiple birth certificates, hospital records, newspaper accounts and so on — to the contrary.

True to form, Trump seems unconcerned by anything below the poll's top line:

Birtherism — the false belief that Obama was born in another country — has never been rooted in any durable logic or empirical evidence, and it has not been swayed by incompatible truths. Consider another nugget from the poll: 29% of all Republicans say Obama was born in the U.S., while 40% say the same about Sen. Ted Cruz (R-Texas), another presidential candidate. Cruz, though an American citizen, was born in Canada.

Trump has taken a number of turns leading the birther band. In April 2011, he claimed to send a band of "investigators" to Hawaii, the president's home state, to blow the lid off "one of the greatest cons in the history of politics and beyond."

"I have people that have been studying it, and they cannot believe what they're finding," he told CNN at the time.

Trump and his gumshoes never produced any actual evidence, but he again appeared on CNN in May 2012 suggesting that the president's status as citizen was a matter of "opinion." As recently as July, Trump was still casting doubt on the legitimacy of Obama's birth certificate.

Trump was able to inject a fringe theory into the mainstream through the power of his personal brand and its attendant resources. This primary season, voters inclined to believe this fantasy are emerging to support one of its foremost authors and purveyors.