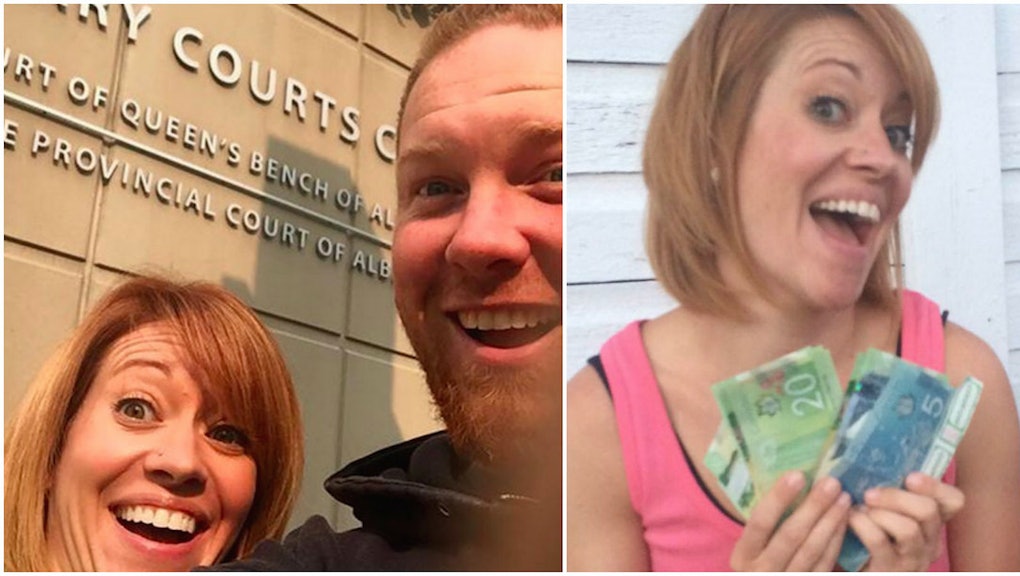 This Couple's Divorce Selfie Is the Ultimate Example of #EndOfRelationshipGoals

Divorce is generally understood to be a shitty thing.

Guilt, regret, fear, anger, heartache — these are all common human reactions to the dissolution of a once-loving relationship. But these things are non-issues for Shannon and Chris Neuman, whose smiley "#DivorceSelfie" has gone viral on Facebook.

An optimistic outlook: "Here's Chris Neuman and I yesterday after filing for divorce! But we're smiling?! Yep, we're kooky like that," Shannon Neuman wrote in the post's caption before telling followers they're excited to be the best divorced co-parents ever. (Note: The post appears to have been deleted. Mic has reached out to Shannon Neuman and is awaiting response.)

"We have respectfully, thoughtfully and honorably ended our marriage in a way that will allow us to go forward as parenting partners for our children, the perfect reason that this always WAS meant to be, so they will never have to choose. They'll never have to wonder which side of the auditorium to run to after their Christmas concert or spring play, because we'll be sitting together."

Later on in the post, Neuman urges her followers to consider taking a page out of their book.

"We have succeeded in the plan we came up with together, to come out on the other side as their two parents who live in two houses who give them two teams to love them up two times as much," she wrote. "And now that you know it's possible — please consider our way if you find yourself on this road."

The full caption can be read in the screengrab below:

Keeping the kiddos happy: It's hard to resist the urge to call bullshit on any couple who would be so audacious as to claim they have the secret to a healthy and successful divorce figured out (mere moments after the papers are filed, no less). It's also curious that Neuman deleted her post, shortly after encouraging other soon-to-be-divorced couples to "share" her message.

But even if the #DivorceSelfie is little more than a social media stunt, it's at least admirable the Canadian couple seems to be affirming their dedication to making the divorce process as painless as possible for their children.

Some estimates claim 1.5 million U.S. children endure parental divorces each year and research has shown divorce can have a number of negative effects on their emotional well-being — from confusion to depression to adjustment issues.

And while a 2005 study found that these effects aren't always lessened when parents split amicably, keeping the acrimony to a minimum around the kids is the best way to go to ensure things go as smoothly as possible — regardless of the darker emotions that are sure to accompany even the friendliest of divorces.

It's possible that behind those smiles, the Neumans are actually reeling from the pain of splitting up. But either way, by putting on a happy face for the sake of the kids, they're proving that divorce doesn't always have to be ugly.