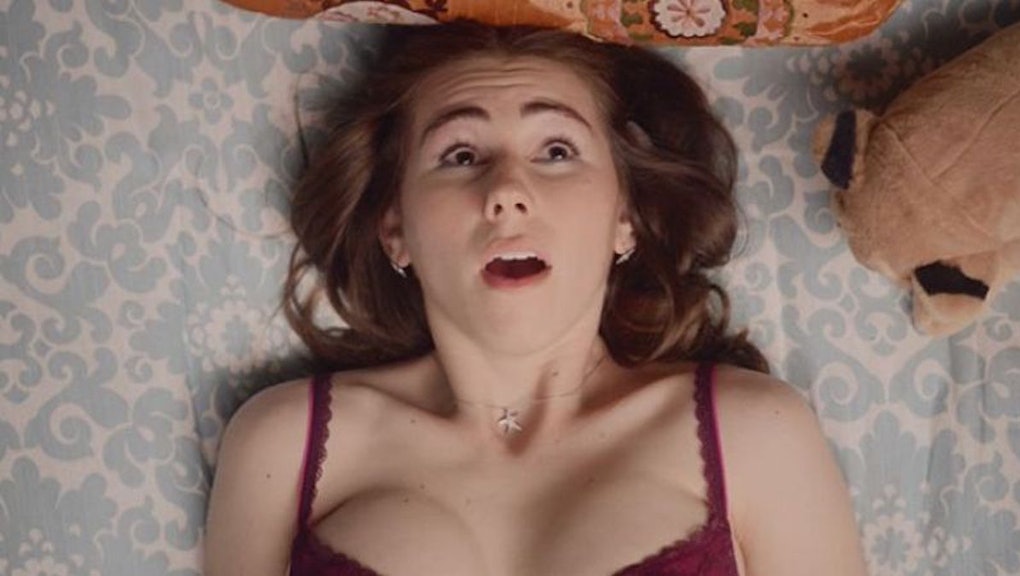 "Sex is not supposed to be painful," 20-year-old Olivia* told Mic. "I didn't realize that for two years because it was all I knew. I spent hours trying to figure out what was wrong with me." The answer turned out to be nothing, because pain during sex is extremely common — but unfortunately, so is ignoring it.

We're uncomfortable with being uncomfortable. We typically chalk up pain during sex to some underlying physical problem, such as a sexually transmitted or other genital infection. Sometimes, when the pain is more severe, it can be the result of a chronic condition like vaginismus or vulvodynia.

But mild pain during sex, like soreness and chafing, is much more common than you'd think. A recent study from Indiana University found that about one-third of women had recently experienced some unwanted pain during vaginal intercourse, compared to 7% of men.

The possible reasons are manifold: an awkward position, size incompatibility or inadequate lubrication may leave one or both partners feeling a little sting or soreness. But no matter the cause, according to that same study, men and women are equally bad at communicating about it. More than half of men and 43% of women said that when they experience pain during sex, they don't tell their partners to stop; in fact, they don't say anything at all about it.

The question is: Why the hell not?

It's difficult to unlearn what we've been taught. Women in particular are taught to expect a certain amount of discomfort from penetrative sex. Those pervasive cultural expectations can make it easy to extrapolate that sex might always hurt a little bit.

"Many women are raised with an expectation that sex will hurt," Debby Herbenick, associate professor at Indiana University and co-author of the sexual pain study, told Mic. "For vaginal intercourse, the first few times it's probably a fair expectation to say that it might be uncomfortable."

But when women continue to feel pain after the first few times they have sex, communication problems arise. "We don't do a good job of is talking with young women before they've had sex about how long they should expect sex to feel uncomfortable," Herbenick said.

The end result can be a vicious cycle in which sex is not as pleasurable as it could be for one or even both parties — and nobody talks about it.

Painful sex doesn't just happen during one-night stands. The reasons we fail to communicate our sexual discomfort — or, rather, the reasons we consciously decide not to say anything — vary with context. They can change from partner to partner, from sexual encounter to sexual encounter. Even long-term couples who are familiar with each other's bodies can experience it at times.

In a poll of 60 millennials, Mic saw several of the same explanations for why people failed to tell their partners they experienced any discomfort.

"There have been experiences where I did not say something out of desire for it to just end quickly and for feeling uncomfortable," 24-year-old Maya told Mic. "The times I did not were during sexual experiences with partners that were more casual and I felt a need to seem sexy all the time. Saying it was painful felt embarrassing."

"Pain is almost a given," 23-year-old Tom* told Mic. "It's very much an understood issue, whether it's with a random hookup or a long-term partner. I think in the gay community it's an expected part of sex, so guys are generally very receptive and understanding of the situation."

There's a reason why we don't speak up — and it has to do with sexism. Although both men and women reported not knowing how to address pain with their partners, they had different reasons for staying quiet, many of which conformed to society's expectations for male and female behavior. Men who reported not speaking up about pain during sex for various reasons — soreness, an uncomfortable angle or even foreskin tearing — said they felt pressure to come off to their partners as strong, virile and impervious to pain.

"Some women use nails and teeth more than I'd like, but I'm not sure I'd ever say something," 25-year-old Matthew* told Mic. "There's a pressure on men to be able to flip the roughness switch, and nobody wants to be a guy crying about too much pain."

On the flip side, many women expressed concern that they might bruise their male partners' egos by "complaining" or that their partners might leave them.

"Once I stayed silent to the point of bursting into tears," 19-year-old Sheridan told Mic. Sheridan has a reproductive condition that results in a significantly shortened vaginal canal and no uterus, among other symptoms. "Along with other parts of my condition that I deal with, I also consistently fear that a person might reject me if I can't keep up with 'typical' heterosexual intercourse," she said. "So I try my best to deal with the pain, until it becomes unbearable."

But women are more likely than men to stay silent during painful sex, in large part because women are fed conflicting messages about sex in general. No matter how many times we've been told sex is supposed to be enjoyable and fun, we're also taught from a young age that sex is awkward, risky or just plain wrong. These mixed expectations of pleasure and pain, as well as the expectation that we do what it takes to please our partners, can cause the sort of inner conflict that keeps women quiet. If sex is supposed to feel good, and if we're supposed to like it, what happens when we don't?

Unfortunately, the answer for many women is to keep quiet about it. "When I was younger, I'd grimace and bear through it because I didn't want my partner to think there was something wrong with me or that I wasn't enjoying sex," 26-year-old Meredith* told Mic. "I thought I was fooling myself and that I was actually enjoying it, but I was just being neurotic."

It's not anyone's fault. Above all else, much of our reluctance to say something to our partners during sex is tied to fear. We don't want to scare our partners away or hurt their feelings. But we need to remind ourselves that the pain we're experiencing isn't anyone's fault.

"We know most pain reports are mild or fleeting," Herbenick, the sexual health researcher, said. "We set out to capture the full range, not just the chronic medical conditions." More often than not, it's merely the result of inadequate lubrication or a temporary bad angle.

Still, there's a perceived stigma attached to being the one to say "ow" and change the mood, regardless of gender. "Saying 'you hurt me during sex' seems like such a harsh thing to bring up with a man who I genuinely liked and didn't want to scare off," Lydia*, 27, told Mic. "I also knew he wasn't at all trying to hurt me, but didn't know how to talk about it while it was happening. And I did want to be having sex."

It's as simple as getting over ourselves. There is one solution to even slightly painful sex: If it hurts, say something. It is actually as simple as that.

"Even if it's mild pain and you don't like it, it's OK to want to stop or ask for something different," Herbenick said. "I think those are really difficult things to say, especially when you're new to sex, but they speak to the need for greater comfort talking about sexuality."

But we can also start thinking differently about pain on our own. Is it really "killing the mood" to say you're in pain because your partner jumped straight to penetration? Is it really so shameful to admit that your penis is sore because you've had plenty of sex already? Probably not — especially because staying silent can often lead to problems in the relationship that extend beyond the bedroom.

"It definitely took a while before I felt comfortable to talk about pain," Jordan*, 26, told Mic. "I didn't realize it, but I was building resentment against my partner because he never asked if I was OK, even though I knew I should be the one to let him know I was uncomfortable. Then I finally exploded and let it all out."