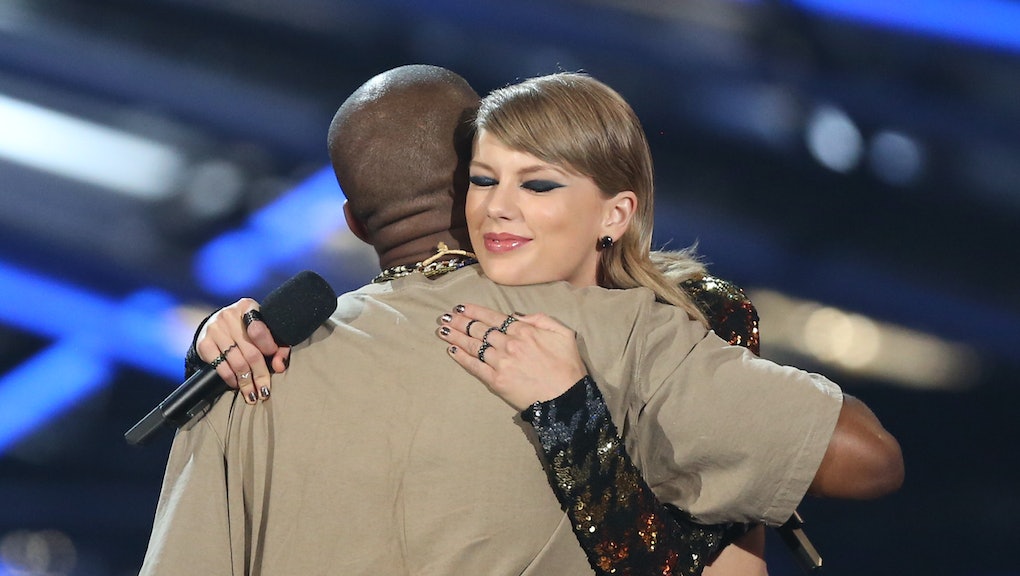 It's getting increasingly impossible to ignore the Taylor Swift empire.

Hardly a day passes when we're not hit with at least one story about a fan she's helped or a friend she brought on stage during her 1989 World Tour. The list is getting unwieldy: Lisa Kudrow, Joan Baez, Kobe Bryant and Fetty Wap, to name a few. As the pop world seems to be too small to contain her influence, Swift has made her foray into hip-hop and has infiltrated folk. She's even started seeding her empire overseas by launching a clothing line only available in China.

Her fans continue to eat up every bit.

Swift's videos rack up plays in the millions and billions, despite some of their problematic themes. Her Facebook fan army, currently more than 72.5-million strong, continues to grow. Her tour is making a killing, selling out the world's largest arenas, some of them in one minute.

All this growth, however, has been accompanied by a mounting anti-Swift backlash. Salon identified the changing tide for what it was back in July: a sign of the "critical mad-love crumbl[ing], right on schedule."

That article built off a combative Gawker piece that insisted "Taylor Swift Is Not Your Friend," which argued that the "underdog status" with which publications such as the New York Times have painted her is as much a fantasy as her secret agent blockbuster "Bad Blood" video. "Watching her collect best friends during a moment in history when womanhood is finally beginning to feel valued does not only feel uncomfortable — it feels evil," Gawker's Dayna Evans wrote.

This scrutiny taps into a very real feeling. For the past decade of Swift fandom, people happily celebrated the slowly growing Swift machine with the same giddy enthusiasm as her music. Yet as the scope of her celebrity has spiraled out of control, its flaws have become difficult to ignore. The new skepticism with which many audiences now approach Swift reveals key points about how audiences consume their pop: We love our pop stars — until we realize they are deeply, deeply fake.

We fell in love with the girl who came from "humble" beginnings. She burst into pop stardom back in 2006, with a cute country hit named after one of her heroes: "Tim McGraw." She looked like the sweet, talented girl next door, one who writes her own songs and cares deeply about her fans. As her fame grew, she still positioned herself as slightly outside the cool kids circle, even through 2013 when she shared that she was skipping the Grammys after-parties to hang out with her cats.

These little quirks she openly shared added to her authenticity, which is what many fans grew to love about her. "I'm scared of escalators.. I'm the person that's always holding u up bcoz I'm standing there trying 2 time when 2 put my foot on the step but I really just look like I'm dangling my foot in mid air stopping every1 from getting on!! ..what?? ..I'm not normal.." she wrote on her website in 2012.

The Taylor Swift of 2015, however, does not stumble.

The Swift of 2015 lives in the absolute center of the pop universe. As she notches more wins and engineers more brilliant pop moments, it's becoming harder and harder to see her as the adorable misfit we've been rooting for throughout her career.

When she befriended Lena Dunham and Lorde last year, the pop world swooned. The friendship felt genuine — one that fans could enjoy right with Swift. However, when she officially became "friends" with Julia Roberts at an August 1989 tour stop, it was awkward. It's becoming harder to see her friends as anything more than props boosting her own superstar status — something the previous Taylor Swift seemed to have little interest in doing.

The absurdity of this tension is what made a parody video, which mimics Swift bringing every famous woman ever on stage, go so viral a few weeks ago. The image of Swift calling Gigi Hadid and the Blair Witch her "two best friends" is so absurd, it sticks in the mind.

Her decline started when she became obsessed with sisterhood. Swift started publicly positioning herself as a feminist back in 2013. "There's a special place in hell for women who don't help other women," Swift, quoting Madeline Albright, told Vanity Fair in March 2013. However, some of her recent career moves added a second part to that quote in the minds of many: "... and I'm going to send them there."

This is clearest in her "Bad Blood" video. The song, conceived as a revenge anthem bashing one of her as-yet explicitly unnamed peers (it's Katy Perry), offered undeniable evidence that the liberal, feminist, cosmopolitan persona Swift has been building might all be an act.

The superstar girl pile that appears in the video working alongside Swift to achieve a single goal might seem like a brilliant celebration of sisterhood, until you consider that team was assembled to tear down a female rival over a petty disagreement. It doesn't neatly fit her bounds of feminism.

Swift complicated that friendly, feminist image again when she bared her teeth during her brief Twitter feud with Nicki Minaj in July. When Minaj tweeted about the music industry's continuing marginalization of black bodies, Swift misinterpreted Minaj's comments as targeting her music. When the Internet lashed back to remind Swift that not everything is about her, Swift's solution to re-establish peace was to bring Minaj onstage and give her a second-place spot in her girl squad.

It read as extraordinarily condescending, and offered further proof that Taylor Swift is concerned with only one thing these days: building her empire.

"Swift isn't here to help women; she's here to make bank," Gawker's Dayna Evans wrote in her takedown. It gets harder and harder to argue with that with each passing day. The illusion of Swift as every fans' genuine, relatable best friend that just wants to write fun music is fading. She seems far more interested in becoming an untouchable pop icon, and with that comes a ton more scrutiny.

Authenticity is important in building a fan base in pop. No one did it better than Swift. But every new famous friend and "heartwarming" fan interaction feels more fake and forced than the last. A lot of her music is still undeniably catchy; some of her videos are even compelling. Yet, until she dials back her convenient feminism from the uncanny valley, the Internet pop pundits and super-fans she once had may work on taking her down.