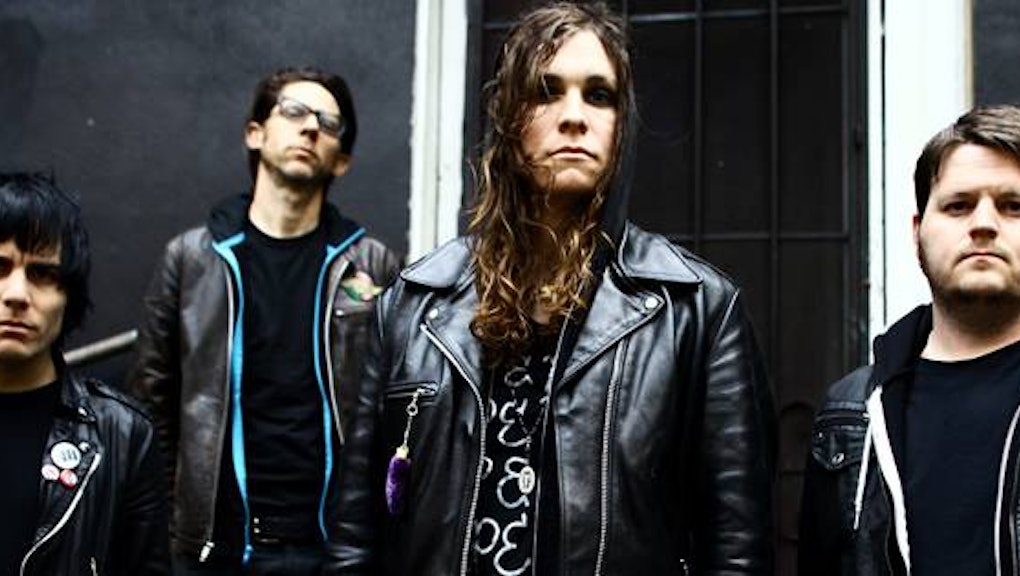 Against Me! is back with another album, but this time the band is doing things a little differently: The entire project is composed of live recordings from their last tour.

The Florida-based punk band's 23 Live Sex Acts is set for release Friday, and features — you guessed it — 23 tracks recorded while the band toured the United States in support of their last LP, Transgender Dysphoria Blues.

The album is available via iTunes beginning Sep. 4, but several tracks have already been released as singles for purchase, including "True Trans Soul Rebel." Twenty-Three Live Sex Acts shows off the band's raw, unique artistry through their live performances. Below is the track list:

Fans will be happy to hear the new album sounds and feels similar to the band's classic albums, with frontwoman Laura Jane Grace providing guitar riffs and strong vocals throughout the live sessions. The album is "an immersive collection of songs that span the band's entire catalog and provides the most comprehensive look into the powerful Against Me! live experience," according to critics who have already had a taste of the new project.

The album also features some raunchy, absolutely NSFW artwork to coincide with song titles like "FUCKMYLIFE666" and "Black Me Out."

Fans itching to hear new Against Me! can pre-order 23 Live Sex Acts and listen to the already available tracks at iTunes.