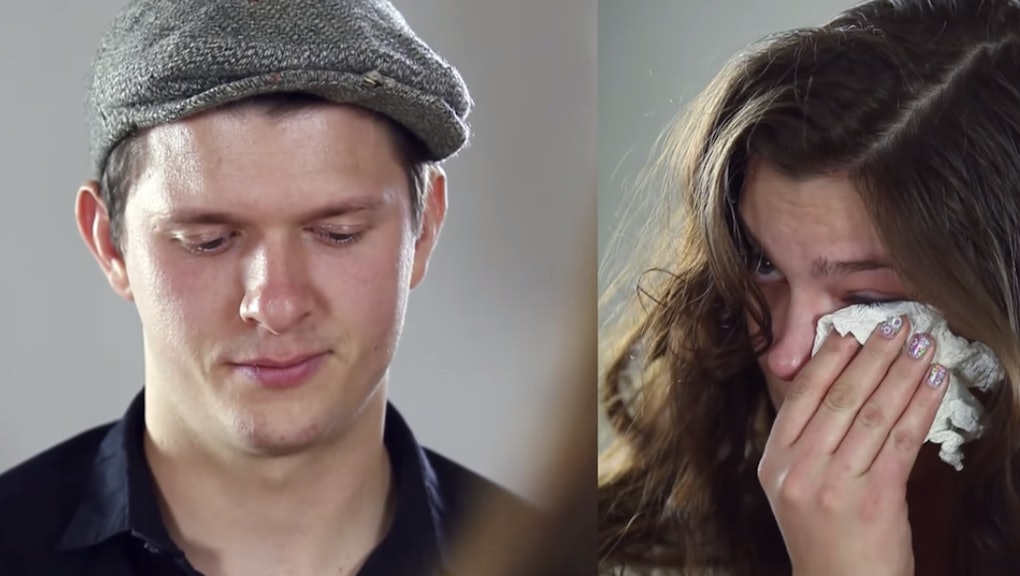 Real Exes Talk About What Ended Their Relationship — And It's Gutwrenching

What happens when you put two exes in the same room and let them ask each other any question they want? A hell of a lot of tears.

As part of an online video project called {The And}, which "focuses on couples asking each other intimate questions and receiving honest, candid answers," a couple named Ali and Andrew were reunited two years after breaking off their seven-year relationship due to Andrew's infidelity.

Get a fresh box of Kleenex out, because what you're about to see is emotional AF.

This exchange will probably resonate with most of us. Thanks to the Ashley Madison hack, infidelity is back in the news cycle. But it's something many couples have struggled with at some point in their relationship. The Kinsey Institute has estimated that 10% to 15% of women and 20% to 25% of men have cheated, while other estimates clock in at a whopping 72%.

While more and more couples are starting to embrace consensual non-monogamy, most people still believe love should be a party of two — which means that infidelity, when it does happen, can be a devastating experience.

As emotional as Ali and Andrew's on-camera exchange may be, it's refreshing to see the topic addressed head-on, especially when many cheating-related breakups result in a host of unanswered questions and a general lack of closure.

In a press release sent to Mic, {The And} described itself as "an intimate documentary experience that explores the dynamics of modern relationships by bringing the viewer into the emotional space of real life couples."

For more in uncomfortably real voyeuristic feels, watch parts one and two of the full video below: