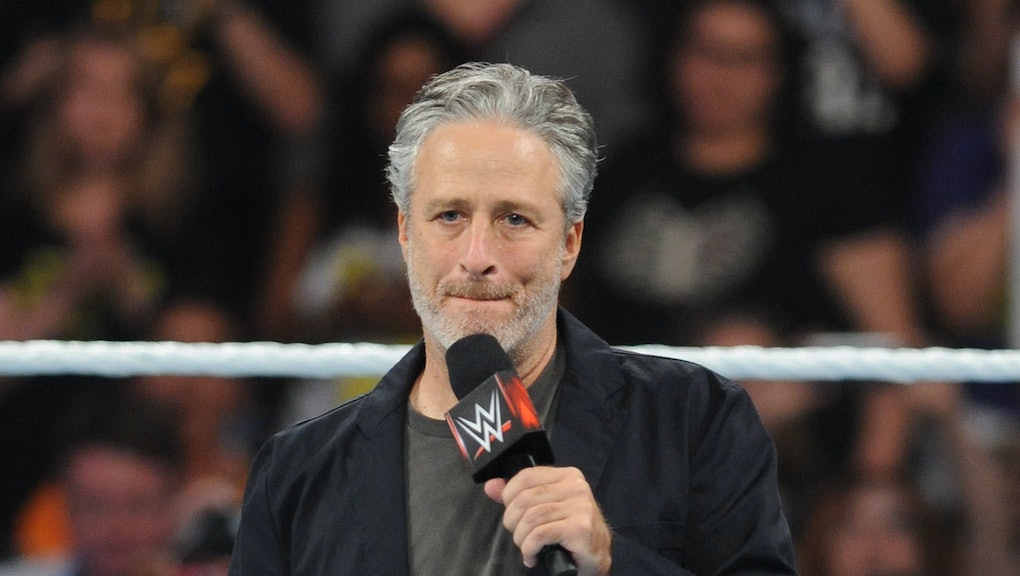 It’s Only Been 28 Days, and We Miss Jon Stewart So Damn Much Already

Somehow, it's been just a scant four weeks since Jon Stewart left The Daily Show. It feels like so much longer.

In the length of a month, we've been reminded several times exactly how necessary his presence was during his time on the air. Yes, Trevor Noah is on his way, but we're not expecting him to fill the hole. What we've seen so far indicates he'll need to be judged on his own merits.

It's easy, then, to fall into a state of despair at Stewart's absence. It started the very night he signed off — the night of the Republican presidential debate — and continues today. To exemplify this problem, here are four news stories from the past month we desperately needed Stewart to cover.

What cruel irony it is that Donald Trump chose to run for president the very year Stewart retired. The host only got to rip on the real estate tycoon's campaign for a short period before he went off the air. Since then, the race has become a political clown car missing its ringleader.

The recent mess in Kentucky, as county clerk Kim Davis refuses to wed couples after the Supreme Court established marriage equality, practically screams for a Daily Show smackdown. Stewart was a great ally for marriage equality proponents, regularly taking down any opposition to the measure in his hilarious and potent rants.

The one in the video above was particularly impressive, as he took apart business owners refusing to serve gay clients by citing "religious freedom." It's also highly relevant now — Davis may not be a business owner, but she's claiming the same "liberty" in her refusal to do her job. Were he broadcasting today, Stewart would likely be a source of sanity in dismantling Davis' and her supporters' arguments.

In the midst of the Ashley Madison personal information dump, there was some civility lost. The dark side of reporting the names was underreported, and "hacktivists" were revealed to largely be agents of chaos, not order. Stewart likely would have brought a cooler head. There would be jokes, of course, but not aimed at the pain of users of the site and their families. It was the kind of news event that would have shown why Stewart is so excellent: He has empathy to go along with his razor wit.

Some of Stewart's best moments on The Daily Show weren't when he was cracking jokes about anything. They were when he stepped back, dropped any facade and spoke truth. Few moments have called as resoundingly for that kind of honesty as the shooting in Virginia last week.

In a news cycle that was difficult, even turning homophobic, having a singular honest voice would have been a tremendous asset. It was our first moment facing tragic news without the Millennial Walter Cronkite, and Stewart's presence has never been missed more. It remains to be seen who, if anyone, can serve that purpose going forward.