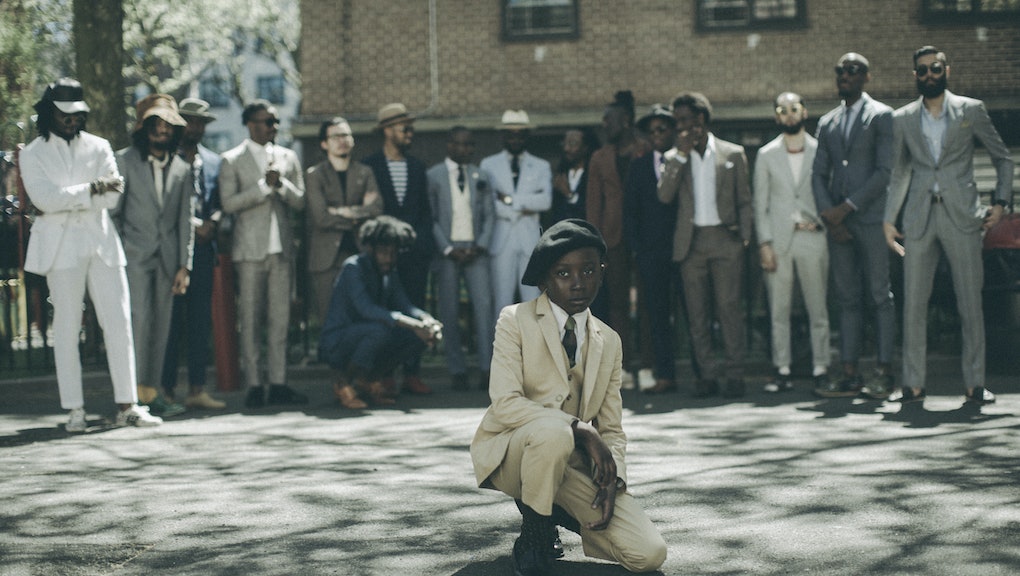 For 26-year-old Joshua Kissi, what stands out most is fear.

Not his own. The Brooklyn-based artist and photographer grew up around the Bronx public housing facilities that constitute one of New York City's poorest zip codes. It's the fear from the people who've never actually walked these project hallways that he's concerned with.

"All the ills and wills of America are located in the projects," Kissi told Mic in an interview. "People get scared of the them because of perceptions they have. They see artists like Nas rapping about them. They see the drug dealers in movies like Clockers. But there's all types of people who live here — old people, kids, working people, people just trying to make it."

These people are the characters who populate Slumflower, the sumptuously rendered short film Kissi and a network of close collaborators have spent the past two years crafting.

The film premiered at this year's Cannes Film Festival, and it weaves a heartbreaking narrative out of a day in the life of an imaginative young boy from the projects.

But its conceit is rooted in a simple premise. Two years ago, a visit to his old neighborhood prompted some questions in Kissi's mind: What would it take to alter perceptions of these spaces that many people write off as "poverty-stricken" and "dangerous"? What if everyone who lived there looked different — a wardrobe change, perhaps?

The last idea clicked. As a man who rose to prominence blogging about fashion under the moniker Street Etiquette, Kissi, along with his friend, collaborator and business partner, Travis Gumbs, found himself in a unique position to comment on the role of clothing in shaping public perceptions, especially for black men.

"What if all the men here were wearing suits?" he tells Mic. "Would people be less afraid of the projects? Would they care more?"

Of course, Kissi is acutely aware of the limitations of this line of thinking. As our nation grapples with an increasingly visible epidemic of violence against black men and women, the central lie of respectability politics — the notion that presenting oneself as a mannered paragon of mainstream (white) values will protect black one from racial violence — is laid bare.

Sandra Bland's degree and new job did not protect her from being thrown into the Texas jail cell where she eventually died. Martese Johnson's academic accomplishments did not save him from a merciless beating near the University of Virginia campus.

"I realized as I got older that none of that really mattered," Kissi says.

But that's sort of the point. Slumflower's ultimate commentary is that the beauty and resilience of black life persists, even in the most unlikely spaces. It insists on the black imagination's capacity to see brighter days ahead, within and outside of the literal and figurative "boxing in" of life in the slums.

Perhaps most importantly, it asks viewers to reckon with how they apply their empathy, to whom and why.

"I want [this film] to be a conversation starter for everybody," Kissi says. "We may not be providing all the answers. But we want all people to be in on figuring it out."

Slumflower will be screened publicly in New York City for the first time on Sept. 10 at the Brooklyn Historical Society. It will be available for streaming at slumflower.com the following day.