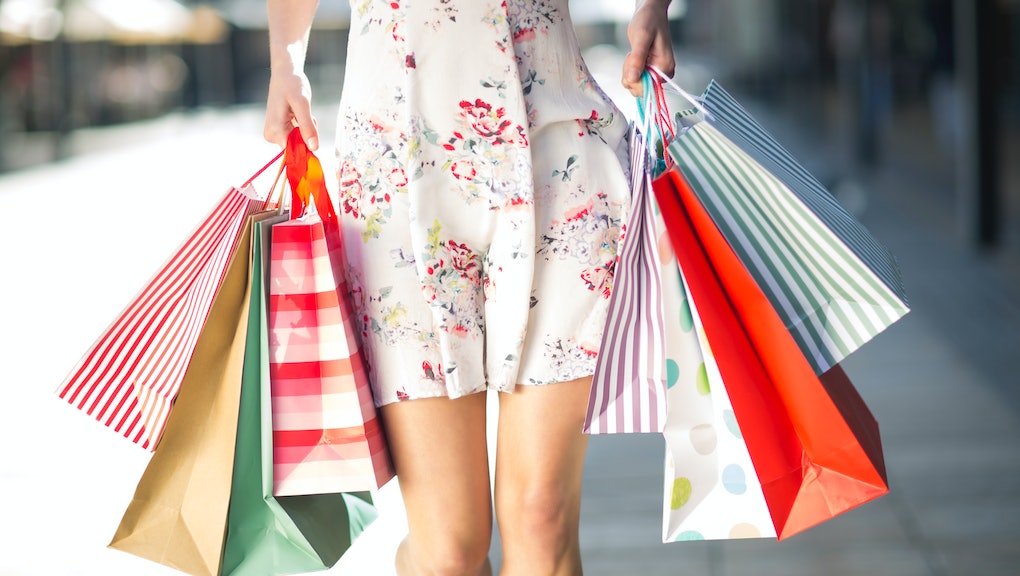 The U.S. economy is huge, but sometimes it's hard to comprehend just how huge.

This infographic, put together by digital marketer Frankie Rendón in partnership with CouponBox, shows just how much U.S. consumers spend over any given stretch of time, broken down by retailer and industry.

According to the graphic, people in the U.S. spend in the ballpark of $8 million an hour on online purchases every hour, with online retailer Amazon picking up about 16% of that total. Amazon's sales are higher than Macy's or Best Buy's, but all three combined come nowhere close to Wal-Mart, which picks up around $13 million every hour.

Every 60 minutes, Americans rack up tens of millions worth of dollars in credit card purchases. They buy more than 3 million gallons of gasoline.

They're having a good time too. In just 60 minutes, the nearly 319 million inhabitants of the U.S. drink almost 4 million cups of coffee and spend over $1.5 million on beer, smoke more than 2 million cigarettes, buy nearly $2 million in lottery tickets and purchase around $350,000 in video games.

Rendón told Mic the data was acquired from "reliable and updated sources, partly from the companies themselves, so as to have the latest numbers available." He says the data is an accurate representation of consumer spending on a second-by-second basis and was selected to show both major trends in the economy like the growth of online retail as well as highlight unique sectors like alcohol.

The U.S. boasts some of the highest consumer spending in the world, although the Washington Post reported in 2012 that Americans tend to spend more of their money "on housing, transportation and health care" and less on "clothes, food and booze" than in many other countries.

Millennials also tend to be less flush with their spending, which may in the long run tone down U.S. consumerism. While consumer spending is rebounding as the memory of the Great Recession fades, stagnant wages pose a significant hurdle to getting the economy rolling again.