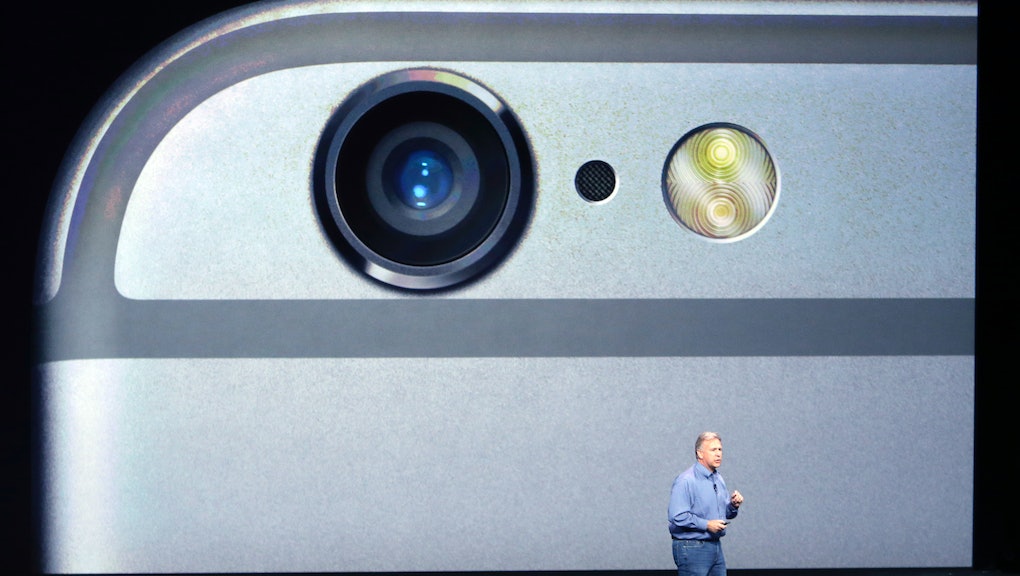 IPhone 6S: Camera Specs and How It Stacks Up Against the Competition

Apple is expected to unveil the iPhone 6S and iPhone 6S Plus, upgraded versions of its iPhone 6 and iPhone 6 Plus, next week in San Francisco. Among the features likely getting a boost is the device's iSight camera, Apple's name for its rear-facing cameras, according to Mark Gurman of 9to5Mac.

Improved megapixels and better photos and video recording are some of the changes coming to the iSight camera system. Here's how the new iPhone stacks up against the competition.

IPhone 6S and 6S Plus: Apple insiders say the camera is going to jump from 8 megapixels to 12. A 12-megapixel camera means iPhones would be able to take their largest and highest-resolution photos of any generation. Apple hasn't increased the number of megapixels in its iSight camera since the iPhone 4S, Business Insider reports.

"Because of an upgraded image signal processor that comes as part of the new A9 system-on-a-chip, the new sensor will not wash out or otherwise decrease the quality of photos," sources told Gurman.

The focal length on the iPhone's current camera is 29 millimeters, and it's unclear whether that could change on the new iPhone 6S and 6S Plus. Derek Kessler of Android Central explains why focal length matters: It "determines how wide of a field is captured, and there the lower the number the wider the image. ... Right around 28 to 30mm is the sweet spot for smartphone photography."

Other improved features coming to the iPhone camera are improved video recording capabilities. Gurman expects the iPhone 6S and iPhone 6S Plus to be among the first phones to allow recording video in full 4K resolution, an improvement over its 1080p in the iPhone 6.

How does the new iPhone's camera measure up to the competition?

Samsung Galaxy Note 5: The rear-facing camera on Samsung's Galaxy Note 5, coming out in September in Korea and later this year in the United States, boasts 16 megapixels, 4K resolution video recording and a 31 mm focal length.

However, more megapixels don't always equal better-quality photos. Megapixels are "not necessarily the deciding factor," Business Insider's Lisa Eadicicco reports. "The size of the megapixels, rather than the sheer number of megapixels, is actually just as important, if not more so."

LG G4: The camera on the LG G4 also includes 16 megapixels and 28mm focal length, the best in the bunch.

There's a direct link between megapixels and zoom, according to camera experts. "[Phones'] megapixel counts and resolutions only affect how large the image is, though larger images do zoom better," Kessler writes.

One important feature the new iPhone camera will have to really shine with if it wants to hold its own among competitors? Its lens. "Little is known about the iPhone 6S lens, but again Apple needs to compete with current lenses which let in much more light than an iSight camera, giving them a big advantage when shooting in low light," Forbes' Paul Monckton writes.