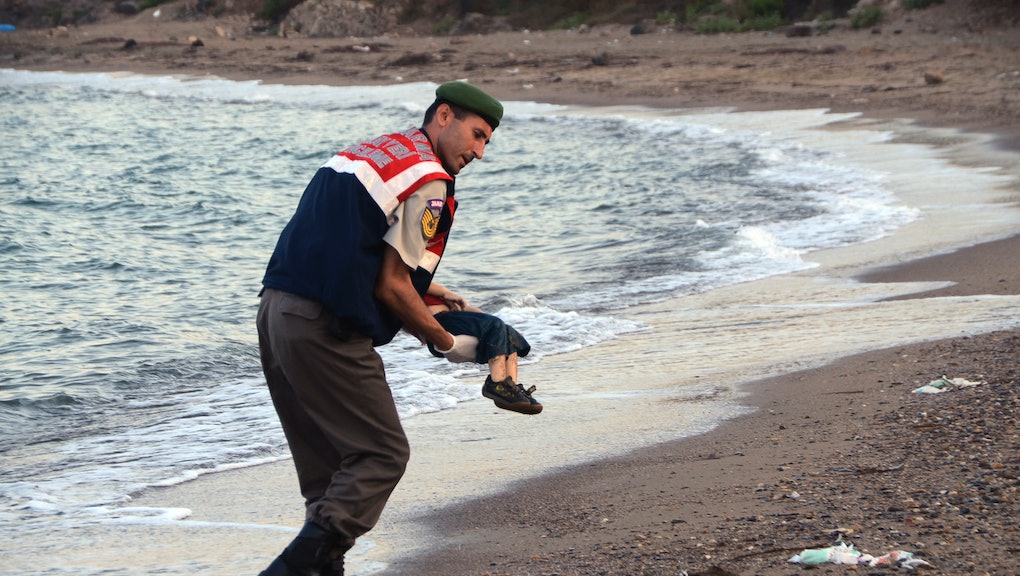 On Wednesday, images of a Syrian boy who washed up on the Turkish shore went viral after he drowned during a failed attempt to flee his war-torn country. While some debated the ethics of disseminating such photographs, one outcome is undeniably positive: The world is reacting.

As of Thursday morning, a U.K. government and parliament petition entitled "Accept more asylum seekers and increase support for refugee migrants in the U.K." had more than 190,000 signatures, far exceeding the 100,000 required for the issue to be considered for a parliamentary debate.

Beyond the petition, many Britons responded on Twitter with #RefugeesWelcome, demanding their borders be open to those in need. Private citizens and British politicians, from Scottish Green Party members to English Labour Party members, participated in the campaign by calling on the government for action.

But as the debate over the photo continues, many argue it simply must to be shown.

"How insensitive to refocus the debate on whether we should be protected from seeing 'distressing images' in a world in which a 3-year-old's body is washed up on a beach because we have failed to prevent his death. It's evidently not us that need protecting," one British civil servant told Mic, on the condition of anonymity to protect their safety.

"This photo should serve to remind not only governments, but the public and the media, that 'refugees' are not a shapeless swarm, threatening our shores, but families just like ours, torn apart by war and poverty, and risking their children's lives to escape. If this image doesn't change the perception of what it is to be a refugee, it's hard to know what else will," they continued.

Human Rights Watch's emergencies director Peter Bouckaert echoed this sentiment to NPR Thursday morning: "I know it's a very disturbing photo, but I think we should be offended that children are washing up dead on our beaches because of the failure of our politicians to provide safe passage for them to refuge, rather than by the photo itself."

Prime Minister David Cameron has kept the country's borders closed. "I don't think there is an answer that can be achieved simply by taking more and more refugees," Cameron said Wednesday, as reported by the Guardian.

The European Union announced Sunday that emergency talks regarding the crisis are to be held Sept. 14. "If Europe fails on the question of refugees, this close connection with universal civil rights ... will be destroyed, and it won't be the Europe we want," German Chancellor Angela Merkel warned Monday, according to Al Jazeera.