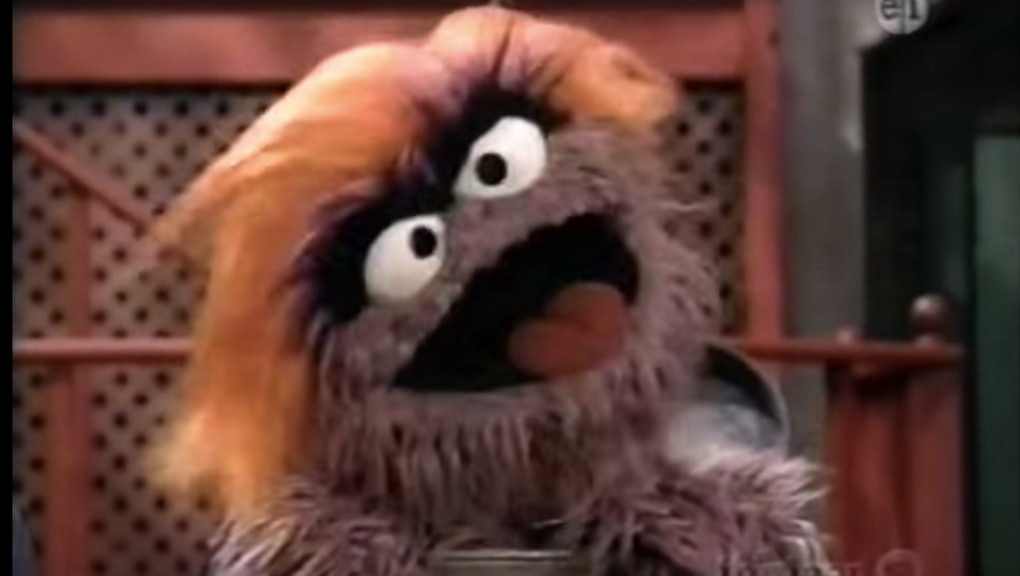 Making fun of Donald Trump has become something of an art form. There's the hair, the voice, the piñatas and even the butt plugs. What may not be as clear is that the school of Trump mockery is far older and well-established than his summertime foray into presidential politics.

A 10-year-old clip from the acclaimed children's television show Sesame Street has resurfaced featuring an appearance by Donald Grump — no that's not a typo — addressing supporters from a garbage can. In "Grouch Apprentice," fellow grouches shout "Grump, Grump, Grump" as he basks in praise is almost ridiculously prescient given how the 2016 Republican presidential race has so far unfolded.

At various points, fellow grouches speak admiringly of Grump saying he has, "the most trash of any grouch in the world," and that "his name is on every piece of trash in town." The piece is really only dated by its plot line, which features Grump seeking an apprentice, in a reference to his former reality show on NBC.

The sendup is not the first time the muppets have taken on the Donald. Another muppet appeared on set as Ronald Grump back in the developer's heyday in 1988. The role was again reprised in 1994 when actor Joe Pesci appeared on the street. In this offscreen footage, Pesci jokes about engaging in oral sex with Benny the Rabbit before calling him a fag.

Sesame Street, in fact, has a long history of engaging with newsmakers and celebrities and has featured appearances by Beyoncé Knowles, Ricky Gervais, Hillary Clinton and dozens of others. Larry King once even had a Sesame Street-inspired interview on his show with "the letter W."

Someone who hasn't appeared on the show in its 40-plus years on air, however, is the actual Trump. So until, the candidate does decide to stop by, don't expect Donald or Ronald Grump to go away anytime soon.