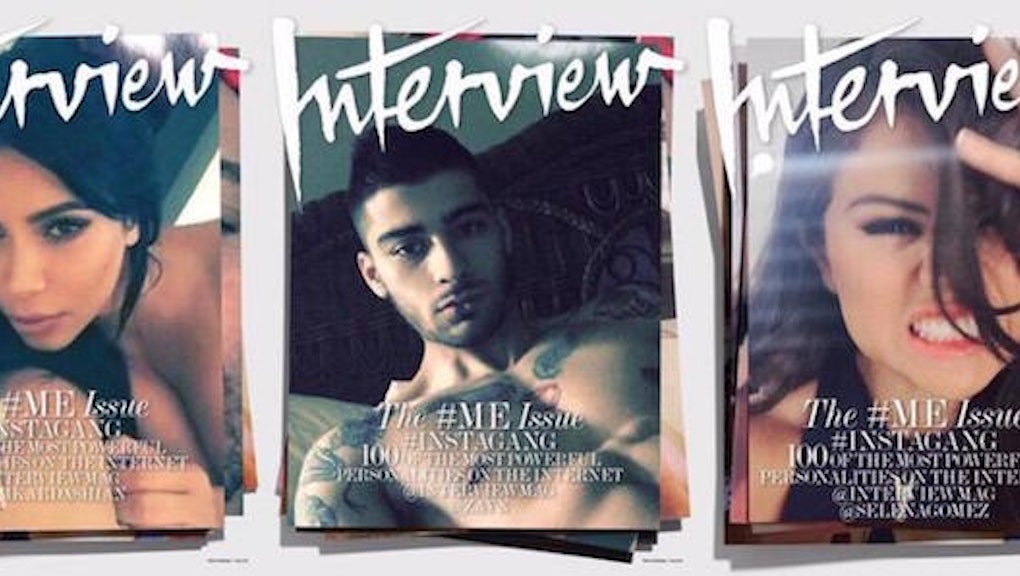 Cyrus, along with a gang of celebrities famous on social media for their selfies, posed for Interview magazine's September issue, which features a collection of selfies — curated by photographer Mert Alas — taken by actors, performers and models.

While other stars like Kim Kardashian (who showed off her wedding ring) and Victoria Beckham (who captured her family) used their selfies as windows into their lives, Cyrus decided to bare it all. Here's what she came up with:

Warning: The following pictures are NSFW.

These selfies are not out of the blue. The young star has been on a nude streak in the press recently. Not only did Cyrus wear next to nothing in each of her 10 MTV Video Music Awards outfits, but the "Wrecking Ball" singer also managed to show her nipple as the host of Sunday night's show during a seemingly unplanned mishap.

Photographer Alas is popular on Instagram for his constant stream of photo shoots with big names, including Kardashian, Cyrus, Naomi Campbell and Cara Delevigne. It's not the first time he and Cyrus have paired up for some controversial, Internet-breaking shots, either. Alas uploaded this photo to his Instagram account just four weeks ago:

According to Alas' work portfolio, he has shot for the covers of Vogue, Interview, W, Playboy and Love Magazine, among several others. However, this is the photographer's first time his selfies with friends, some of the biggest names in Hollywood, are appearing in an actual magazine (and a September issue, no less).

Check out the full set of Cyrus photos at Interview.