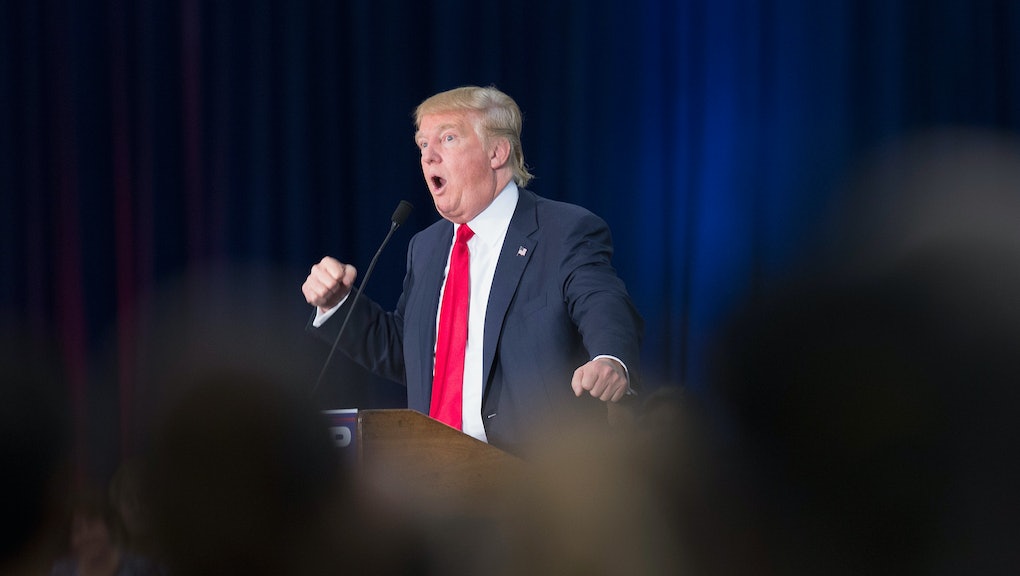 Here's the Real Reason Donald Trump Is So Rich

The root cause of Donald Trump's astonishing confidence is that he's better at making money than you. Behind nearly every imperious comment he makes about America's inability "to win anymore" is a sense of self-worth derived from his considerable net worth: nearly $3 billion, by Bloomberg's count.

Trump's ability to amass wealth is at the heart of his bid for the White House. It serves as the entire basis of his credibility on any matter he'd have to manage as president, whether related to the economy or immigration or foreign policy. If Trump can negotiate his way onto a list of the wealthiest people in the world, his argument goes, then he should be able to negotiate effectively on behalf of the American people.

But just how savvy of a businessman is Trump? Apparently not quite as savvy as he makes himself out to be, according to a new analysis of his finances by S.V. Dáte at the National Journal. Had Trump never gone into the business world and simply invested his share of his father's real estate company into a mutual fund of S&P 500 stocks in the 1970s, he'd be worth around the same amount that he is today. It's a reminder that the biggest reason he has so much wealth, as Vox's Dylan Matthews points out, is because he was born into it.

The background: Trump's rise is no tale of rags to riches. His iconic real estate empire was in fact forged by his father, Fred Trump. When Donald Trump took the reins of the Trump Organization in 1974, the company was already worth around $200 million, according to Dáte. The expansion of that real estate company has reshaped the New York skyline and been central to his celebrity, but it hasn't netted a terribly impressive sum of money.

Determining Trump's wealth is notoriously difficult. While he claims his fortune exceeds $10 billion, Trump is an unreliable source on how much he's worth, having admitted to exaggeration in the past and even confessing that his public estimates vary based on his "own feelings." Bloomberg estimates the real-estate magnate is worth $2.9 billion, and Forbes reports that it's around $4 billion. Other estimates from legal proceedings and past journalistic investigations in the not-too-distant-past have put his net worth at significantly less than $1 billion.

The exact amount Trump is worth will remain shrouded in mystery; it's always in his interest to limit information for the public and exaggerate his fortune. What we do know is that taking into account the higher numbers — between $2.9 and $4 billion — he hasn't significantly outperformed the market. Dáte explains:

Had Trump invested his even­tu­al share of his fath­er's real-es­tate com­pany in­to a mu­tu­al fund of S&P 500 stocks in 1974, it would be worth nearly $3 bil­lion today, thanks to the mar­ket's per­form­ance over the past four dec­ades. If he'd in­ves­ted the $200 mil­lion that Forbes magazine de­term­ined he was worth in 1982 in­to that in­dex fund, it would have grown to more than $8 bil­lion today.

The takeaway: Despite Trump's fame as a bargainer and investor, his performance is more or less in line with the market, even using the higher estimates of his wealth. And of course, none of this would have been possible had he not had a successful company handed to him on a silver platter.

We don't have strong evidence to characterize Trump as an exceptional investor. But we do now have more reason to believe that he's a phenomenal marketer and a showman. Perhaps in this sense, he's more fit to run for president than anyone in the race.