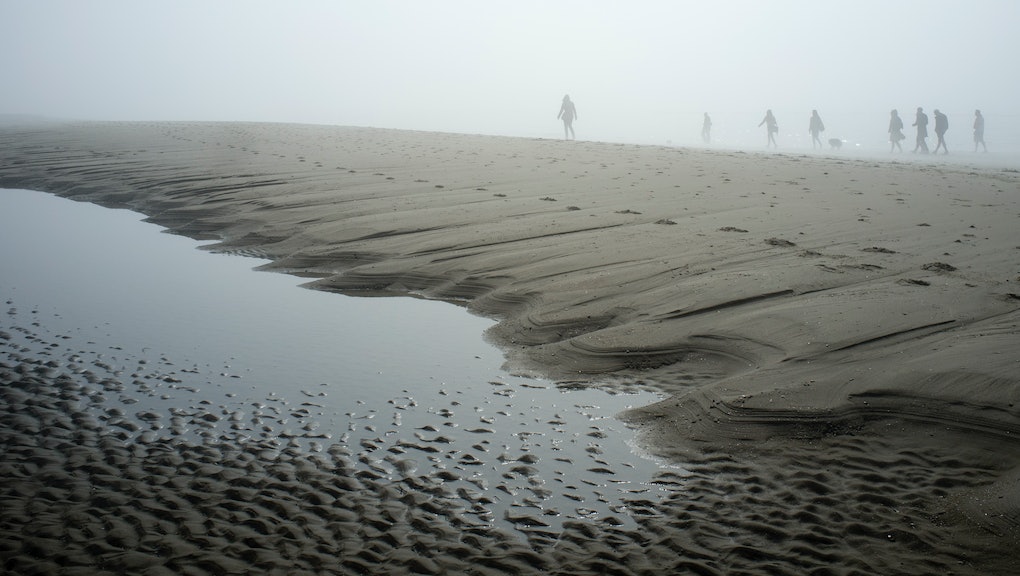 A team of archeologists at the University of Bradford in England has embarked on a massive undertaking — and it's one that might make Indiana Jones a bit jealous. They intend on recreating a 3-D model of Doggerland, a country, which, for the past 8,200 years, has been submerged under the North Sea after being hit with a massive tsunami.

Doggerland is east of the United Kingdom and at one time provided a land bridge between the U.K. and the rest of Europe. It was inhabited around 10,000 B.C., in the Mesolithic era, but after a huge landslide off the Norwegian coast precipitated a 16-foot tsunami, Doggerland was swallowed up.

The prehistoric country has been largely inaccessible until now because of a dearth of technology and lack of sufficient funding. But thanks to a $2.7 million Advanced Research Grant from the European Research Council, archeologists are now able to create a 3-D computer model of the region to better understand what it looked like and how life operated on the "English Atlantis."

To create the most comprehensive model, scientists are taking DNA samples of plants and animals to discover what the landscape consisted of. The model will therefore include topographical details like hills and rivers.

"The only populated lands on earth that have not yet been explored in any depth are those which have been lost underneath the sea," professor Vince Gaffney, anniversary chair in Landscape Archaeology at the University of Bradford, told the Telegraph.

Gaffney said that until recently, archeologists lacked the capabilities to study the country despite being widely regarded as containing valuable information on prehistoric societies.

"Using modern genetics and computing technologies researchers will digitally repopulate this ancient country, called Doggerland, monitoring its development over 5,000 years to reveal important clues about how our ancestors made the critical move from hunter-gathering into farming," the University of Bradford said in a statement.

With any luck, soon they'll find themselves submerged in discoveries.