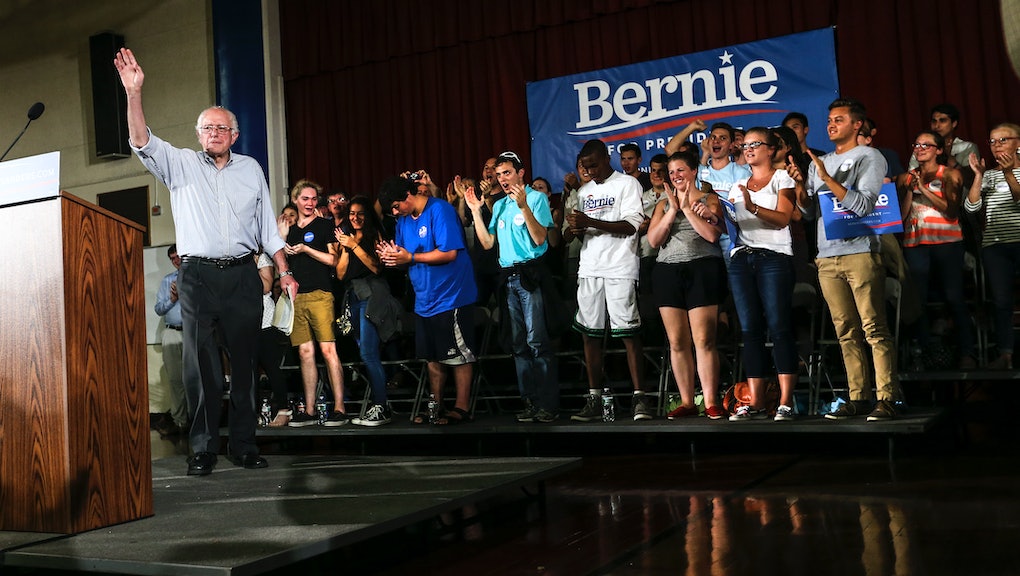 Sen. Bernie Sanders is pulling away from Hillary Clinton in New Hampshire and closing ground on the former secretary of state in Iowa, according to an NBC News/Marist poll released early Sunday.

The new survey finds the Vermont independent leading the Democratic primary race in New Hampshire by nine points, 42% to 31%, a nearly 20-point swing from July, when Clinton held with a double-digit advantage. This is the third consecutive independent poll to show Sanders with an edge in the key early-voting state.

Both polls show Vice President Joe Biden finishing third, but with upward momentum as he continues to weigh a late entry into the race. In New Hampshire, he had 16% support, a 4-point improvement from July and double his figure from February.

New blood? Whatever Biden decides, the Democratic field is expected to grow in the coming days. Harvard law professor and political theorist Larry Lessig, who said he would run as a "referendum candidate" with the sole purpose of enacting campaign finance reform, reached and quickly surpassed his $1 million fundraising goal on Sunday morning.

Lessig, who on Thursday told Mic that Donald Trump was "spot-on right" about the "problem of money in politics," says he will resign after signing the legislation and turn over the White House to his vice president.

Trump is also surging in Iowa, where he finished with 29%, good for a seven-point advantage over Dr. Ben Carson, who finished second.

The big loser in all of this: Wisconsin Gov. Scott Walker. Not only is he now trailing Trump by 24 points in Iowa, but has seen his numbers fall from 19% in July to a shocking 5% in early September.