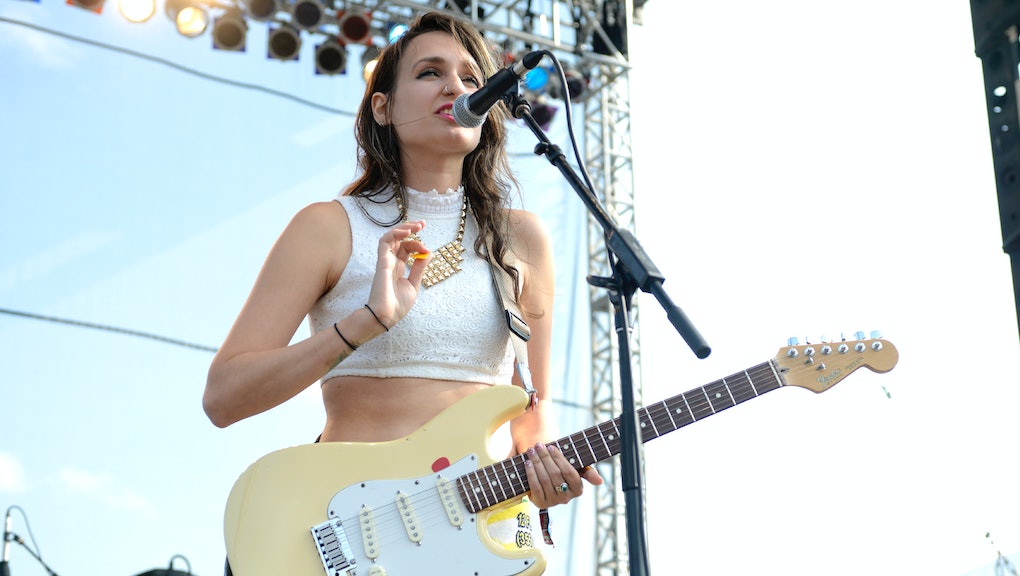 Punk shows haven't always been the most accepting or safest spaces historically. Instances of racism, sexism, homophobia and transphobia have plagued punk crowds for years. Now, however, one band is working to make sure none of these ugly prejudices and phobias affect their fans.

Massachusetts-based band Speedy Ortiz has opened a "help hotline" for fans to use if they "are being harassed, or feel unsafe and need help" at shows, as described in the band's Facebook page announcement. The plan aims to limit all harassment, including "oppressive and marginalizing actions and micro-aggressions," taking place in their audiences.

Old-school technology for a new cause: Speedy Ortiz's hotline aims to bring punk back to two of its core values: "community support and mutual respect," as the Facebook post describes them. Both seemingly can get lost easily in the noise. Dupuis opened up on Twitter about her reasons for organizing the hotline.

With this hotline, Dupuis joins a long line of punk reformers: Punk artists have been taking stands against discriminatory violence in their crowds since the riot grrrl movement of the early '90s. In June, Laura Jane Grace, transgender lead singer of Against Me! interviewed a trans fan who got beaten up at one of Grace's shows to put the perpetrators on blast.

Dupuis has been making arguments for equality in her music as well. "It's important to me that we're touring with artists who are a lot more diverse and trying to make space for other women to do the stuff that we're doing," Dupuis said in discussing with Noisey about her latest album, Foil Deer, as a "feminist album."

"I guess our hope now is that whether we make space by making enough noise about how things are still imbalanced for female-identified performers or that other women see that we've been able to do this and then do that work for themselves."

The hotline could be a potential game changer for punk in helping ensure this kind of conscious diversity. If it proves to be effective, it could provide security with a means to address instances of harassment and aggression that would otherwise slip past unnoticed in the melee.

Speedy Ortiz's experiment opens with their fall tour Tuesday night in Columbus, Ohio, and will run through November when the tour closes in Austin, Texas.