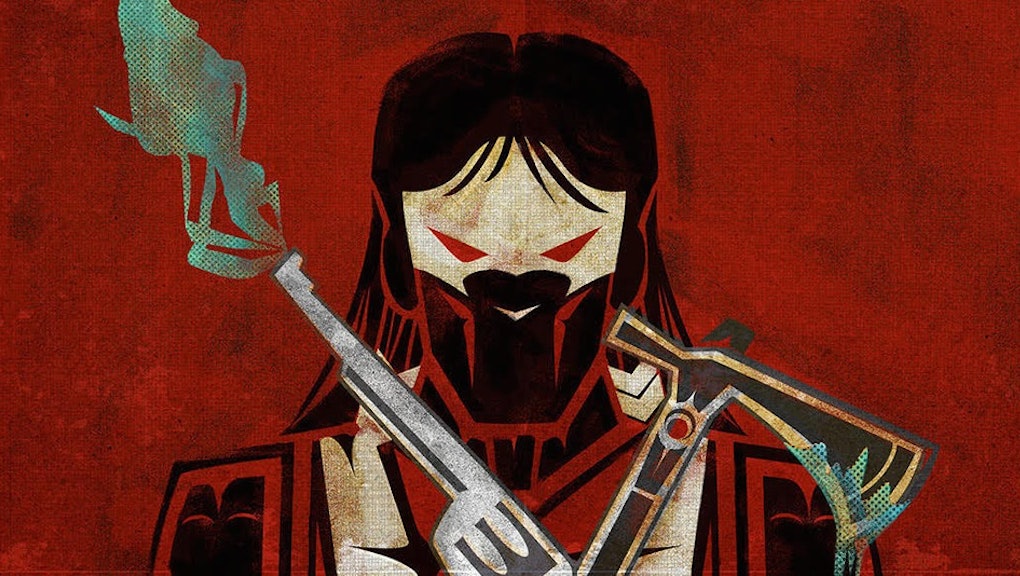 Marvel's Native American Superhero, Red Wolf, Is Getting His Own Comic Series

As the Marvel Cinematic Universe slowly diversifies, Marvel Comics continues to grow its representation by leaps and bounds.

For the first time since 1976, Marvel's first Native American superhero Red Wolf will have his own comic series, Mashable reports. The line of books is the latest push for greater diversity in Marvel Comics that includes recasting Thor as a woman and the Hulk as a young Korean-American man.

As Mashable noted, news of Red Wolf's inclusion was first hinted at in some Marvel promotional art. The art also features the female Thor and the upcoming movie star Black Panther.

In his self-titled series, Red Wolf's domain will be the American Southwest — pretty unique territory for a superhero. He'll fight crime in what Marvel describes as a "gritty" series.

"We don't have a lot of characters who appear in the Southwest," Red Wolf editor Jake Thomas told Mashable. "He's going to be a little bit of a man apart out there."

Though Marvel and other comic book publishers feature a growing number of Native American characters, giving the superhero his own series for the first time in nearly 40 years is encouraging. It's also another damning sign that the books are surpassing the movies in representation.

Marvel Studios continually fails to feature major female characters in its movies — and when it does, it sexualizes them. The comics, on the other hand, have bent the genders of some of its biggest heroes to increase diversity. Marvel Studios head Kevin Feige imagines we'll see a queer character in one of the movies in a decade. Meanwhile, Marvel Comics casually reveals new gay characters.

We can hope Red Wolf will find his way into the movies sometime, though the Marvel Cinematic Universe's writers and directors will have to find time between reboots of Spider-Man to sneak in one of the books' most unique heroes. Until then, fans will have the comics to look forward to.