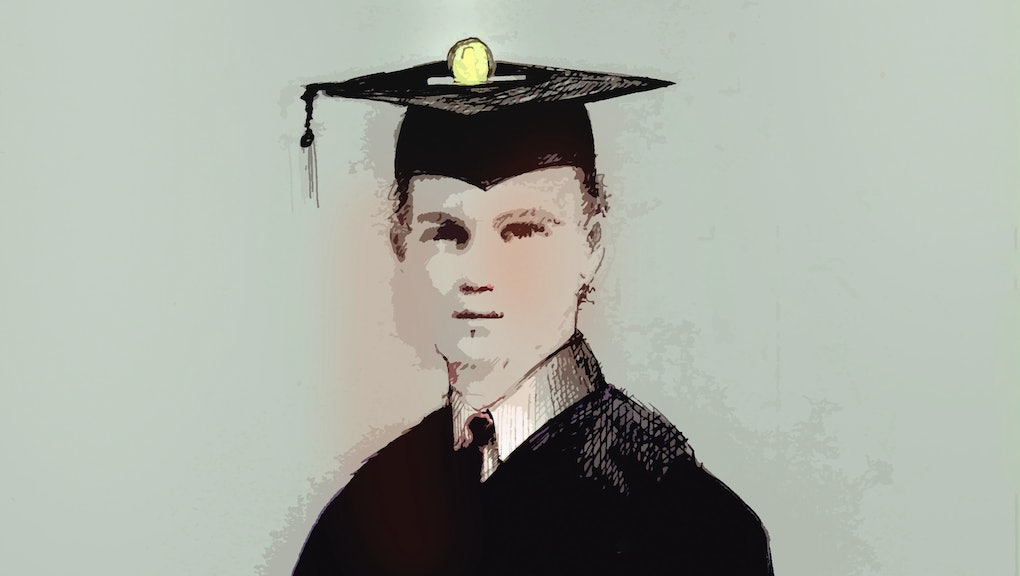 College is becoming a gamble.

While there's still strong evidence that a college education is an effective way to raise your salary and expand your career options, a degree no longer guarantees a better life in the way it once did. The wage premium associated with a bachelor's degree has remained relatively stagnant for some time. Unemployment among recent graduates is much higher than it was before the recession. Some lower-performing colleges leave students worse off than before they enrolled, swallowing up students' money without actually increasing their value in the labor market.

The skyrocketing cost of tuition at colleges across the country has made that gamble a high-stakes wager. For a certain subset of prospective college students, the risk can seem especially daunting.

For the lowest-paid workers in the country hoping to pursue a college degree, public four-year colleges in their states have set tuition rates that are equivalent to a huge portion of their annual income, and in one case virtually all of it:

What it means: The published cost of one year of in-state tuition and fees for a college degree at a four-year public college represents anywhere from 31% to 98% of a minimum wage worker's annual income. Frequently, the price tag is well over half a low-wage worker's annual pay, which varies depending on the state minimum wage. (You can find the data used to calculate the map's figures here.)

College doesn't usually cost as much as advertised. The federal government offers low-income students Pell Grants — financial aid that doesn't have to be paid back — and subsidized loans to cover the cost of college. But Pell Grants max out at less than $6,000, while the cost of in-state tuition and fees at public four-year schools in most states can be upwards of $10,000 a year. While taking out a loan for a degree is typically a reasonable investment, it may be the last thing that someone living paycheck-to-paycheck would want to consider, or even qualify for.

But perception is what's most important about that map. Prospective students from poor families are less likely to have the information required to make sound choices about applying to and paying for college. If you come from a low-income neighborhood in which few adults have ever attended college, or you're an immigrant with little knowledge of government aid, there's a good chance that you're not familiar with the ways in which the advertised cost of in-state tuition can be reduced. For them, the back-of-the-envelope calculation they're making about the cost of a degree means looking at that several-thousand-dollar figure and thinking of how big of a hole it would tear into their tiny paycheck.

There's substantial evidence that lack of information plays a critical role in shaping the financial decisions people make. Consider how a vast majority of people who are currently defaulting on their student loans in the U.S. would be able to halt their financial suffering if they knew they could enroll in an income-based repayment plan that would shrink or eliminate their monthly payments.

This map goes some way toward explaining why low-income students are less likely to enroll in college than high-income students. If the idea that college is a risky investment is something that's gaining traction in well-to-do circles, then surely people who hail from less fortunate backgrounds are even more inclined to think the potential price is too high. After all, they're already worrying about the rent.