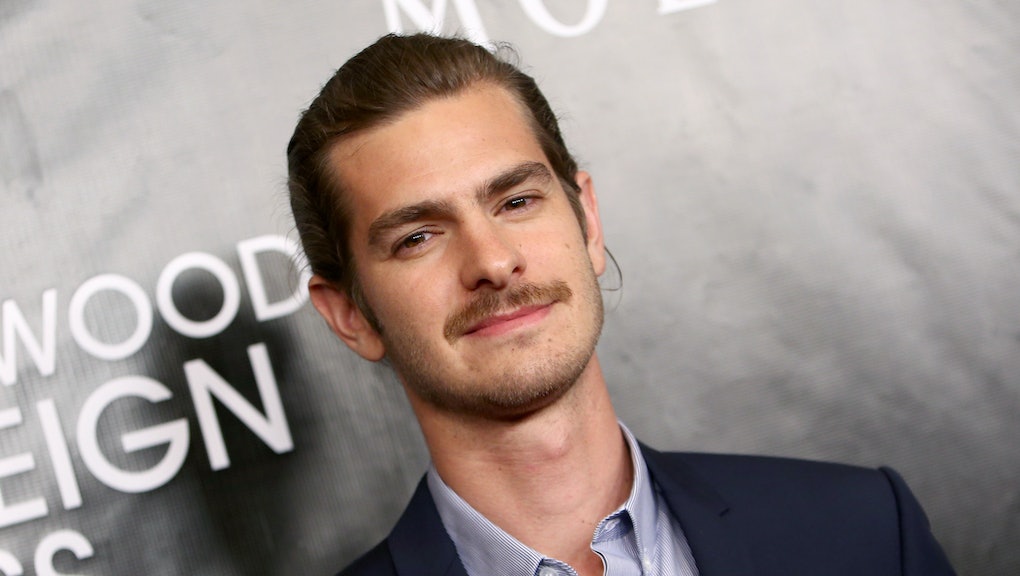 Andrew Garfield Is Ready for "a Pansexual Spider-Man"

Spider-Man can only be white, male and straight, according to Sony and Marvel Studios. One former Spider-Man, however, calls that hogwash.

In an interview for his new film 99 Homes, star Andrew Garfield told Mic he doesn't "give a shit about the sexual preference" of Spider-Man. This stands in stark contrast to leaked documents Gawker brought to light in June, in which the film studios strictly outlined the man behind the mask, Peter Parker, as "Caucasian and heterosexual."

Garfield admitted he didn't know about the contractual obligations when he played Peter in The Amazing Spider-Man and its sequel. In an interview with Mic, however, he said he hopes the role could be less limited in the future.

"I'm excited to get to the point where we don't have to have this conversation," he said, "where we can have a pansexual Spider-Man."

Garfield has been pushing for a less strictly heterosexual Parker for years. "Why can't we discover that Peter is exploring his sexuality? It's hardly even groundbreaking!" he said in an interview with Entertainment Weekly in 2013. "Why can't he be gay? Why can't he be into boys?"

"We're scared of things that aren't us," he told Mic. "Love is love. Skin is skin. Flesh is flesh. We're all wrapped in the same thing. I have no preference."

For Garfield, the reason Spider-Man is the perfect hero to break the mold is because the costumed crusader is a mystery to his world. "The beauty about Spider-Man, for me, is that he's covered head to toe," he said. "That's why everyone thinks it could be them in that suit. You don't see skin color. You don't see sexual orientation. You don't see how old the person is, gender, the whole thing. I celebrate that. Anyone can be a hero in their own lives."

Notably, in the comic books, Spider-Man is already a non-white hero: mixed-race web-slinger Miles Morales. For now, however, the movies remain behind the books. Filmmakers remain interested only in straight, white Peter Parker. The third reboot of that character since 2002, now played by British actor Tom Holland, will make his debut in 2016's Captain America: Civil War.